I have a polygon layer with polygons (download the data here) of different sizes as can be seen on the screenshot. Each polygon contains a value for the attribute called count. The range of these values is from 1 to 997.

What I want to do

Using QGIS 3.24, I now want to merge adjacent polygons in a way to create contiguous polygons (of any shape, not necessarily rectangles - but still as compact as possible) with the aggregated sum of the merged polygons being at least of value 500, but in no case be larger then 1000.

How do I merge polygons in a way to get an accumalted sum of between 500 and 1000 for each resulting polygon?

This is a follow up question. See here for context.

Like this, adjacent polygons should be merged to come as close to the conditions I defined as possible. I am aware that an exact solution probably does not exist and I do not really need a solution to meet 100% of the conditions - but as close as possible with reasonable effort. The conditions in decreasing importance:

Screenshot: polygons are in graduated style, for lower values in white, higher values in red: 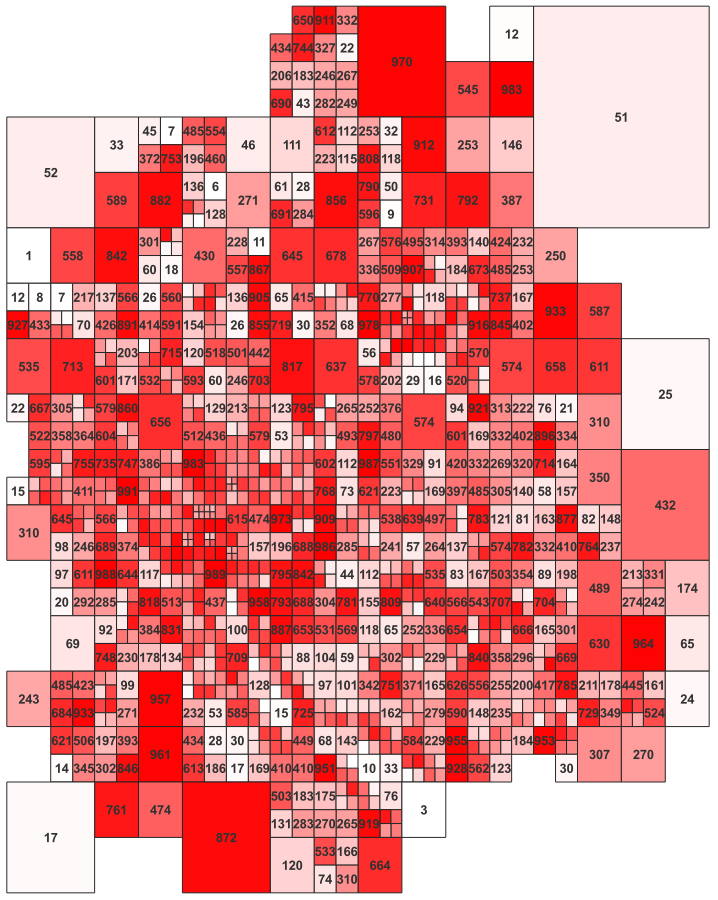 Algorithm on this set will work for larger totals, e.g.: 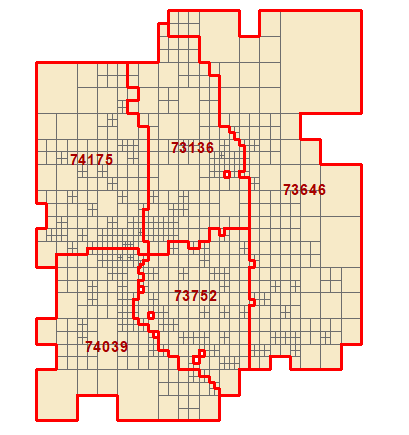 940 polygons not enough to create approx. 370 groups with even totals. 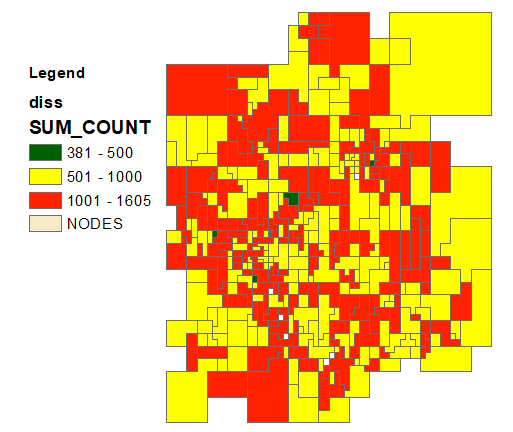 Not the answer you're looking for? Browse other questions tagged qgis polygon attribute-table merge or ask your own question.