I attempted it with a linestring of Australia exported as coords array from QGIS a while ago and tested using a special website where you can input a coords array which then displays as polyline.

Now, while some roads were drawn properly and looked like how they would on a road map, others went a bit funny, (e.g, a point in Perth would link up to a point in Brisbane. Obviously the polyline is just linking the points in the ordet you provide them, not great for what i was looking for.

I now have a line string of U.S motorways, I’d like to convert it to a polyline with it covering all roads opposed to linking up points randomly.

Is there a feature in QGIS where I can perhaps make it so it does that? (Even if it has to double back on it’s self). 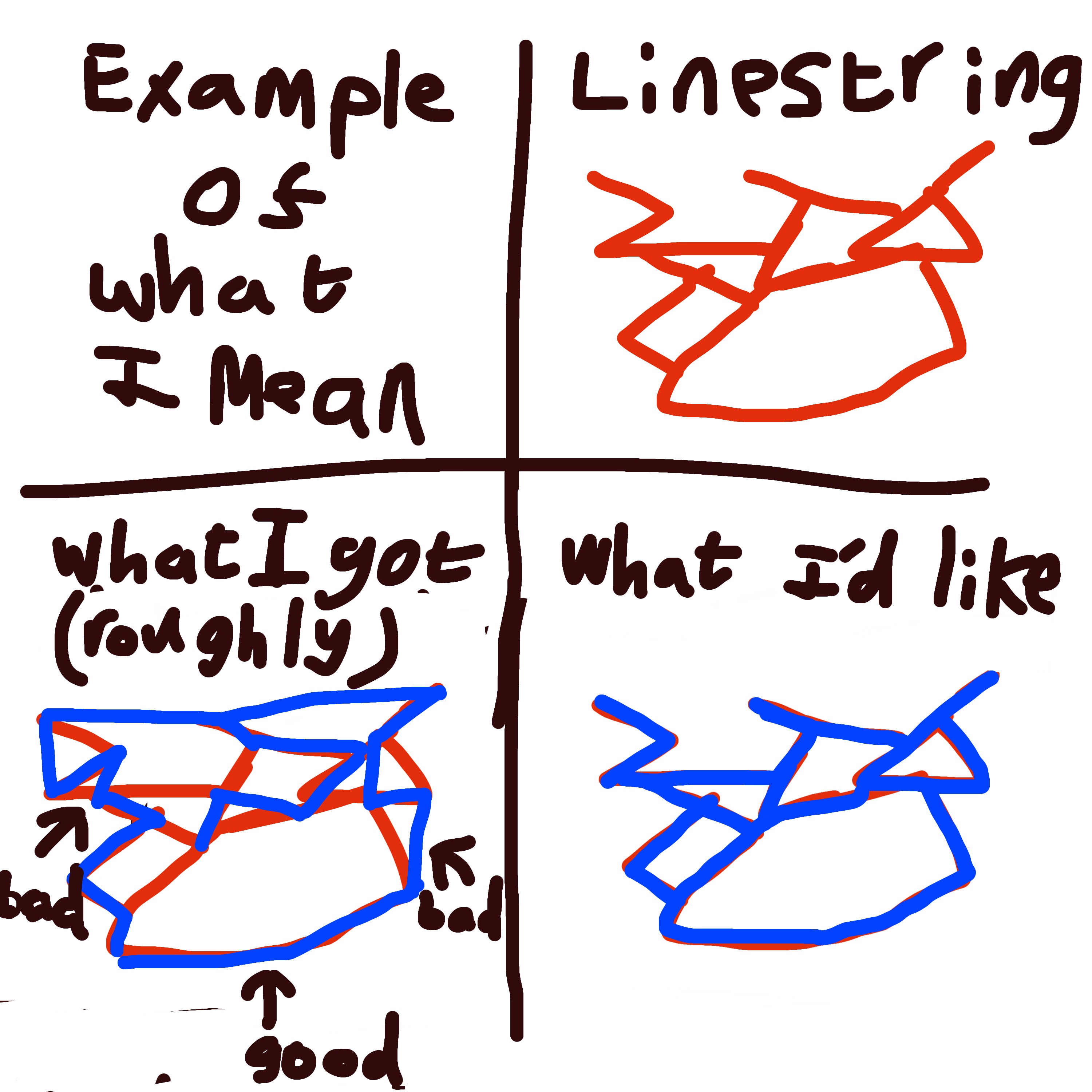 9
Converting shape Polyline-M to Polyline using ArcGIS Desktop?
11
How to extract POINT from a [LINE|MULTILINE]STRING
2
Algorithm to remove Loops from a Line-String
6
Creating duplicate line set distance away from a polyline in QGIS?
4
Converting point into line using QGIS
7
Creating all possible line segments between all points using QGIS
4
Getting Polyline (Linestring) coordinates from line layer in QGIS