I'm struggling with a simple buffer which turns out to be way more difficult than I thought.

I just want to buffer a polygon shapefile which has many neighbouring objects (on the left picture the states). But I do not want to buffer the inner boundaries (middle picture with the overlapping areas) but only the outer-boundaries (here the sea boundaries). But still I want the result to preserve the state boundaries, similar to the picture on the right. I tried the "buffer" tool and also the tool "graphic buffer" in every possible setting, but nothing worked.

Does anybody know how to create a buffer without those overlaying areas in ArcGIS Pro?

The simplest buffer would be a buffer ignoring state division along the coastal edge and this can be achieved with the buffer tool and setting the Dissolve Type parameter to Dissolve all output features into a single feature, here is an example where the value has been set to 1500m 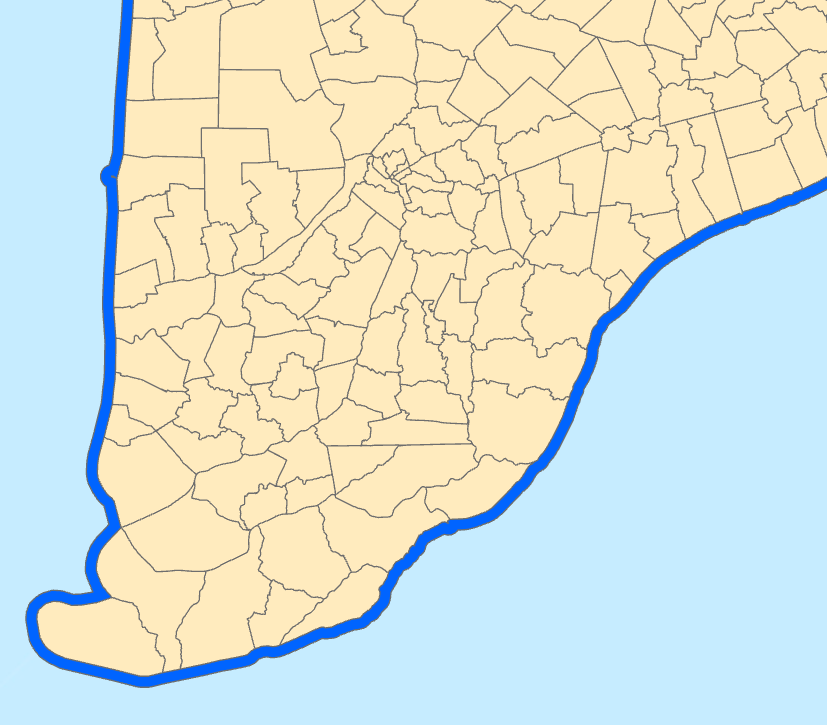 If you wanted a segmented buffer here is one such approach: 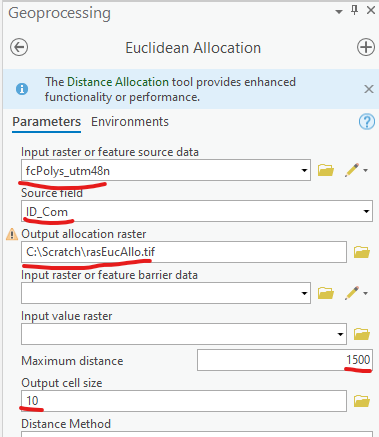 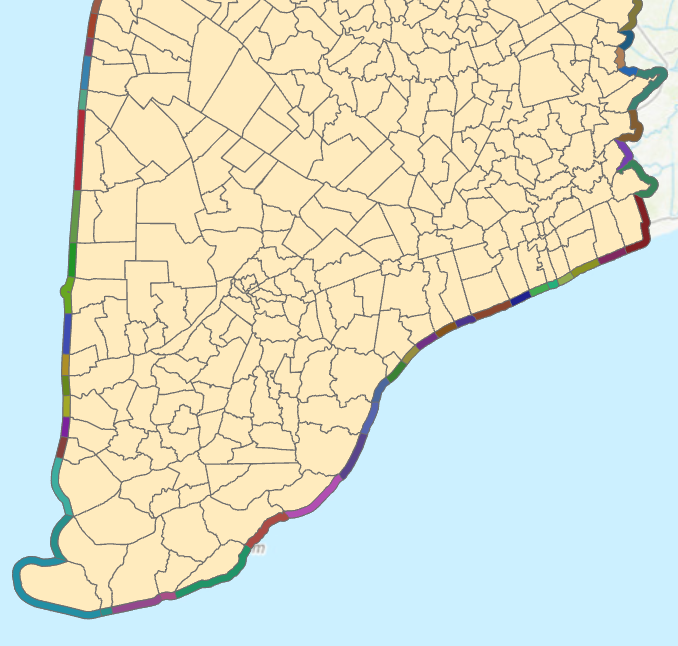 Not the answer you're looking for? Browse other questions tagged arcgis-pro spatial-analyst buffer overlay or ask your own question.

6
Zonal statistics for millions of overlapping polygons in ArcPy?
3
Erasing buffer within another buffer without erasing overlapping buffers using ArcGIS for Desktop?
22
Buffer neighbouring polygons without overlap using QGIS
4
How to extract a buffer layer from a vast amount of individual buffers around polygons using ArcMap?
1
Intersect Tool - Same Polygon Feature Class Only Want Inner Overlap
2
Combining overlapping polygons and their attributes using ArcGIS Desktop?
6
Expanding polygons and clipping at midpoint?
1
Summing data from a smaller boundary shapefile to a larger boundary shapefile if the boundaries do not align in ArcGIS Pro?
4
Buffering with obstacles