Identifying Features With a Relationship Class

I have a feature class which represents points where vegetation clearing has occurred. I also have a table which has a list of vegetation species which were cleared at each location and the amount of vegetation which was in the sampled area. I have a relationship class in the geodatabase which links the two based on a Clearing_ID field. 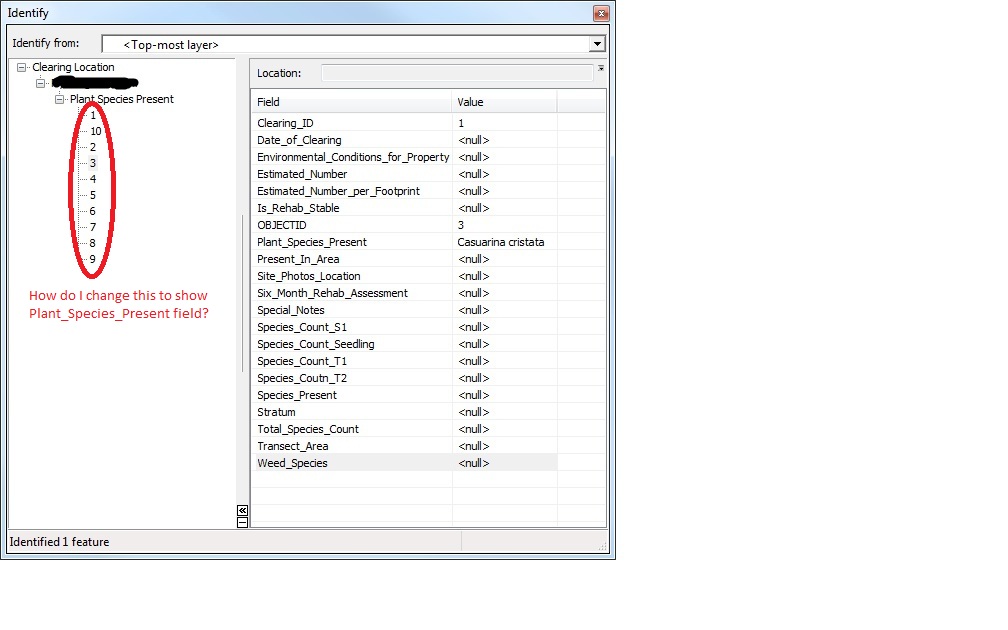 Is there a way to do this?

Note: this changes the Relationship Labels as well but at least you can now see the name of the plant species. 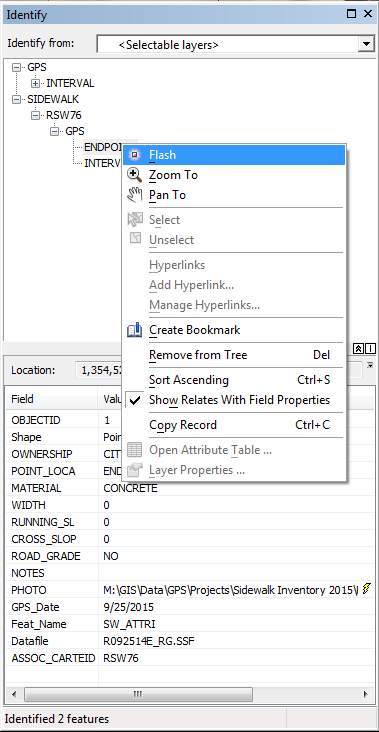 Not the answer you're looking for? Browse other questions tagged arcgis-desktop relationship-class or ask your own question.

6
Querying Data with a 1-Many Relationship Class