I did a Land Use Land Cover Classification based on multiple and different source shapefiles. The problem I'm facing in the result now is that there a thousands (about 50.000) of little gaps which I have to dissolve (the pink obejcts within the picture). 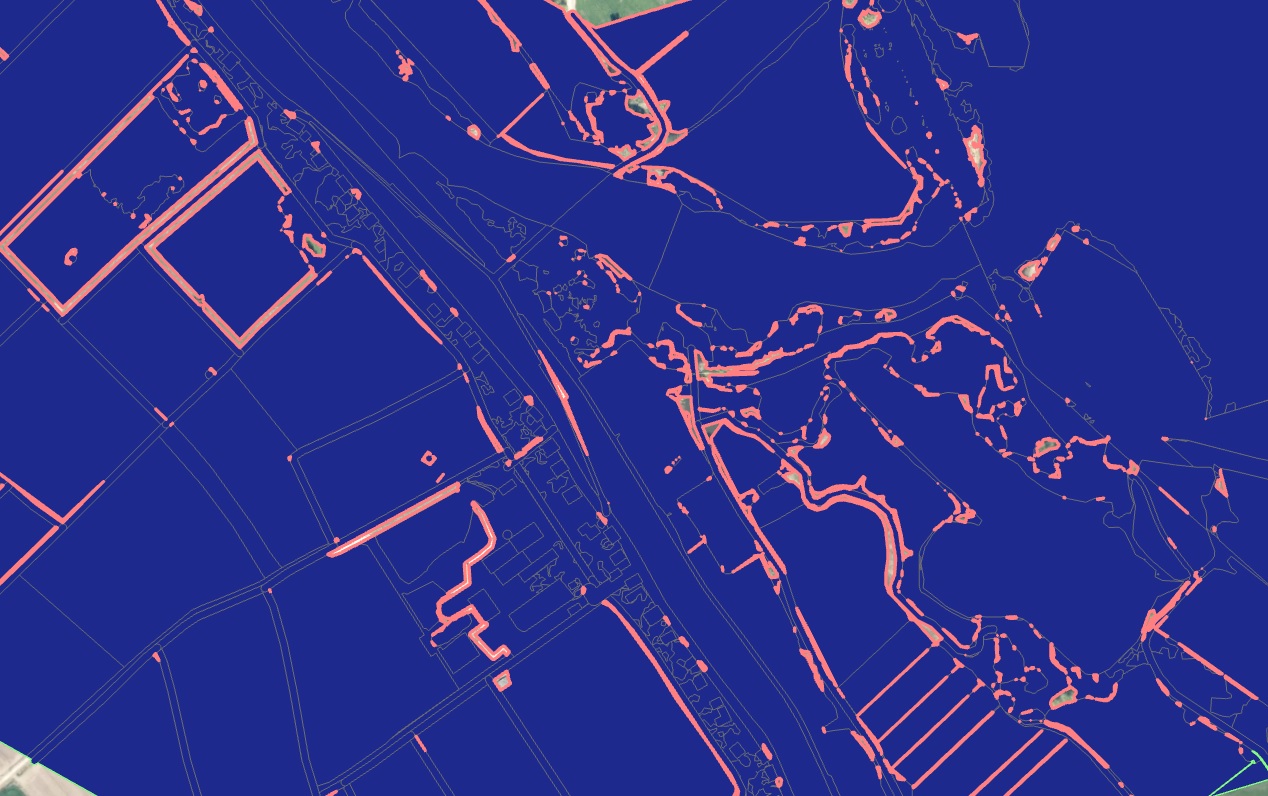 I tried to fix them with topology rules but the problem here is that I have to click through every single gap which is really time consuming and in addition the 'create feature' tool under 'fix' doesn't even work for me here (if I click it nothing happens).

Also I don't want to create a new object within the gaps but I want the gaps to be filled by neighbouring objects that already exist. So e.g. I want one gap to be filled by an already existing object it shares the longest line segment or outer border with. My next idea would be to fix the gaps by a spatial join between the gaps and the Land Use Land Cover Shapefile. But I think this would result in other problems.

Has anyone ever faced the same problem and knows how to automatically fix this problem?

The following link on ArcGIS website provides you the possibilities for eliminating gaps or slivers.

Try out the last solution they mentioned:

You can perform a Select By Attributes query for polygons that have an area smaller than a certain size, depending on your dataset. You can inspect the selected polygons to see if they are slivers, then either use the Editor > Merge command or the Eliminate geoprocessing tool (requires an ArcGIS Desktop Advanced license) to merge the slivers with neighboring polygons. You could also select each polygon individually and reshape the feature by tracing along the edge of the adjacent larger polygon.

I found an automated solution that worked really well if anybody is interested:

Not the answer you're looking for? Browse other questions tagged arcgis-desktop arcgis-pro geometry spatial-join topology or ask your own question.