Is there any script/code/help available to create raster boundary polygon using OrthoMosaic created after DEM in Metashape. Sometimes it is required to calculate survey area covered/Processed 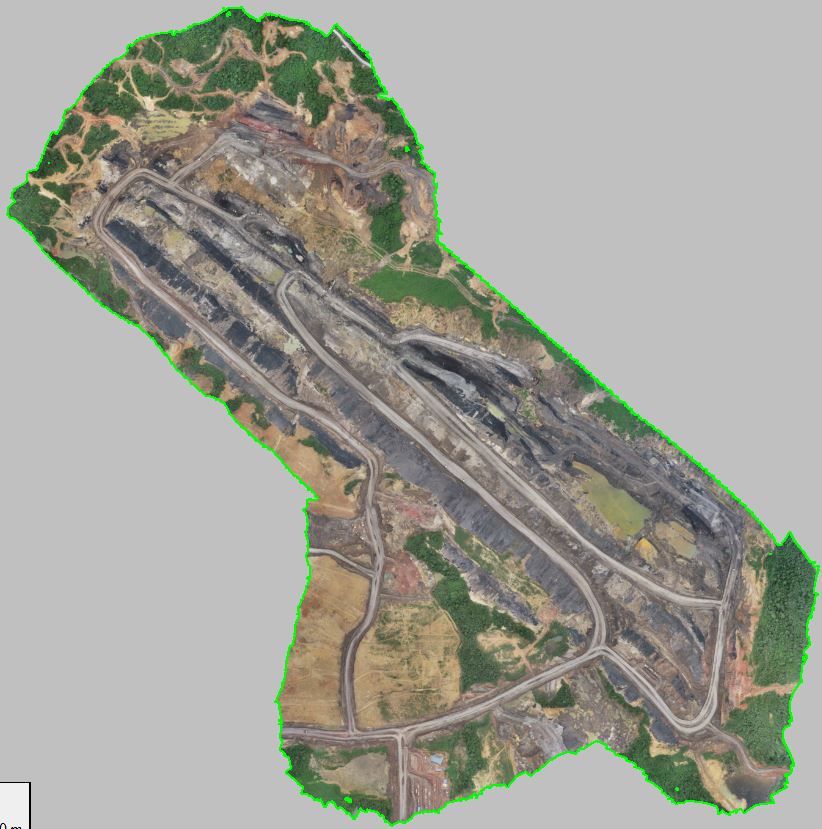 Maybe... This Python tool is part of a two part script process to produce a raster layer where the resulting raster values are the image overlap count for that portion of your reconstruction.

This first script (taken from the Agisoft website) produces an ESRI shapefile for each image footprint in the reconstruction. This script needs to be executed in a Python window inside of Agisoft.

This second script executed in your favorite Python IDE will produce the raster layer from that resulting shapefile. The second script requires an arcpy installation with a Spatial Analyst license. There is a script for arcpy 10.8 and arcpy 2.9.

Because Agisoft will reconstruct with only a few overlapping images, the resulting raster can be reclassified and used to remove poor quality pixels on the outer edge of the reconstruction based an overlap count of your choosing.

The Agisoft shapefile tool has been tested in both Agisoft Photoscan and Agisoft Metashape. I am the author so send me any error messages you encounter and I will attempt to address the problem.