I am using ArcGIS Pro.

I have a tool that exports attachments from an existing feature class and another one that takes those photos from a given folder and turns them into points on the map. I am trying to use ModelBuilder to combine these two into one process, go from photo attachments in one feature class to a point feature class layer. I am running into an issue though.

Does anyone have any idea how to set the attachment remover tool to go first or how to mess with the sequence that tools are run within the model? 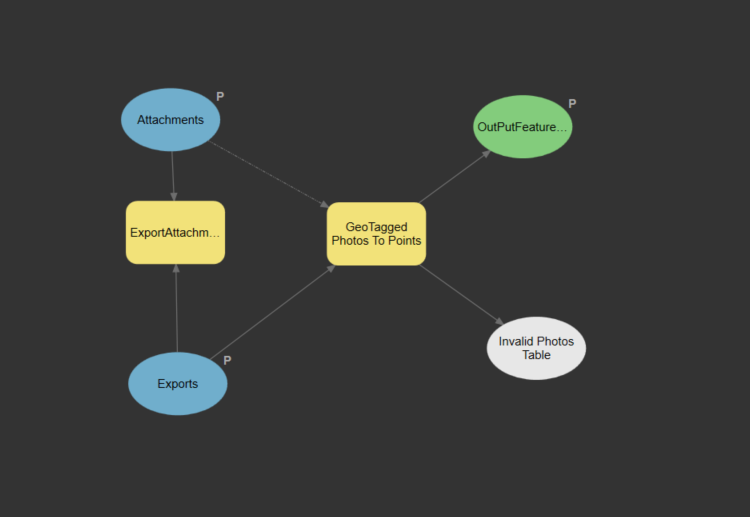 Browse other questions tagged arcgis-desktop arcgis-pro modelbuilder or ask your own question.