I have very simple shapefile, which consists of couple of polygons, and I wanted to snap boundaries automatically. Unfortunately qgis doesn't have such function, but grass has according this answer: How to check Topology in QGIS?

I followed provided walk-through, i.e. I made new grass mapset, then imported shapefile layer from qgis, but when I wanted to apply v.clean.break or v.clean.snap command, I couldn't select input vector map as there was not option to select one (FYI I also did refresh in Browser tab): 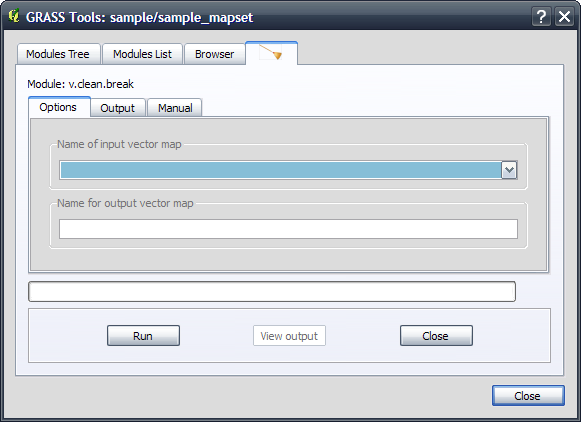 Browser shows that there is one, but all values are zero, so I wonder if I made a mistake somewhere: 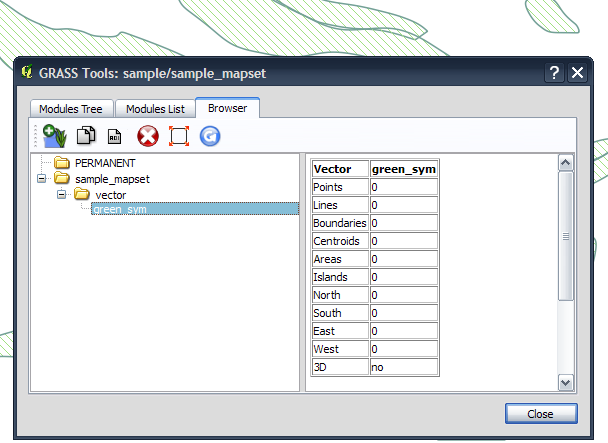 I then deleted created mapset and closed qgis, then opened grass to do the same task but now by just using grass. I imported shapefile to vector mapset but it's just same issue, it's like mapset is empty or something like that.

I use up to date OSGeo4W environment.

What could be issue here?

v.in.ogr is seeing 11 features, but not building any of them, it might not think your polygons are closed. Try converting them to lines, import the lines, and then have GRASS convert the lines to polygons.

Not the answer you're looking for? Browse other questions tagged qgis grass qgis-plugins or ask your own question.

18
How to check Topology in QGIS?

2
How to handle multiple layers when importing a polygon shapefile into GRASS?
2
Problem with v.in.ogr.qgis in QGIS
2
Capturing Output Messages from GRASS when Running Python Scripts
0
How to extracts points in polygon in GRASS?
1
No output generated with "r.drain" GRASS module
4
QGIS v.net.steiner 'not correctly generated' error
3
Why is v.clean not working?