Best way to check if a point is in a region?

I'm working with Chicago PD crash data that includes Lat/Long. I've read the crashes data into the crashes DF. It doesn't include the city ward number, so I'd like to add it. I figured out how to do this with a dictionary, where the ward number is the key and the ward boundary (geometry) is the value.

So this works, but it seems a bit kludgy. Is there a way to do this with Geopandas .sjoin function that would work better?

The Crashes DF is a standard (not geopandas) DF. The lat/long data is in separate columns. I could combine them into a shapely Point, but can a Point in a normal df be .sjoin-ed with a geopandas df to add the ward number to the Crashes DF?

PS I know there might be problems ignoring the curvature of the earth with this sort of question, but in this case, the areas are quite small (less than 1 mile across) so the curvature issue is negligible. 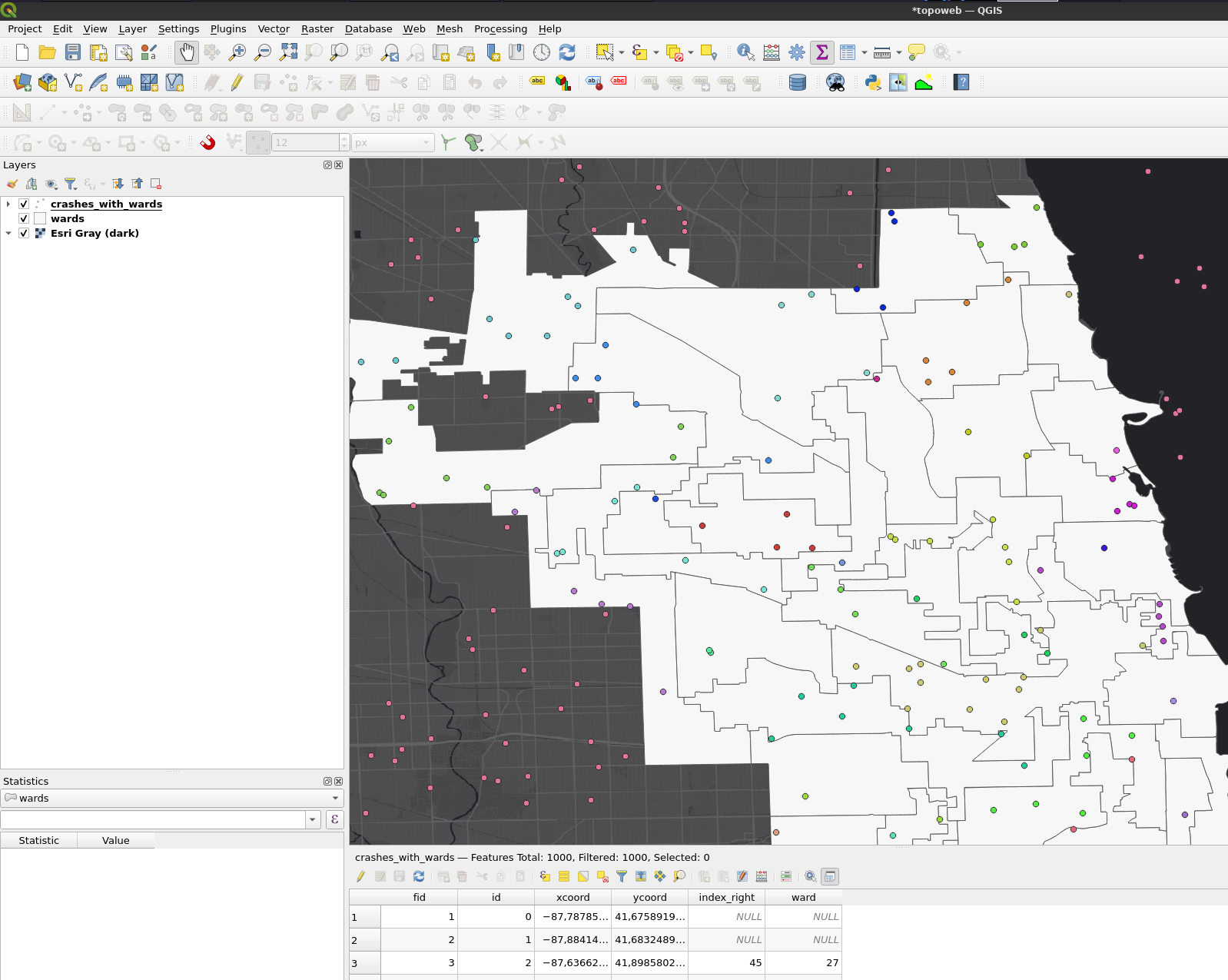