I have created a settlement plan on ArcGIS Pro, on which every polygon corresponds to a specific room in the settlement. All the polygons/rooms have some features (E.g. Fire Place, Bench etc.). I have extracted a csv file where all attributes and X and Y information is stored.

What I want to do is to plot in R only some of the rooms according to their features (E.g. only the rooms with a fire place).

Here is my initial code:

I tried to plot something like this, but apparently didn't work, there was no error message, but when I plotted the data there was nothing on the screen

This method works only if I haven't run the rooms <- as(rooms,"owin") first. If I have run it I get the error:

Is there any way to make it work?

Select the polygons you want first from the augmented rooms object, then create an owin with the subset.

Now we have rooms with all the polygons and attributes. Suppose we only want the "stairs" rooms, then:

That's the subset of stairs only. There's...

eleven of them. Want to use spatstat so need to make an owin? Do that: 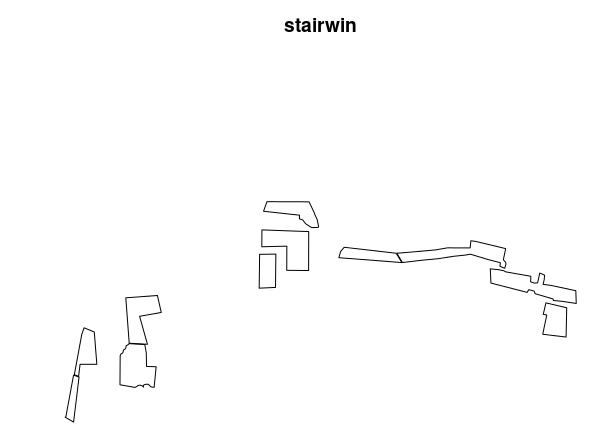 Below is how I would geo join with {tigris} and an example of filtering with {tmap}. I'm interested to hear what others have to say about these methods: 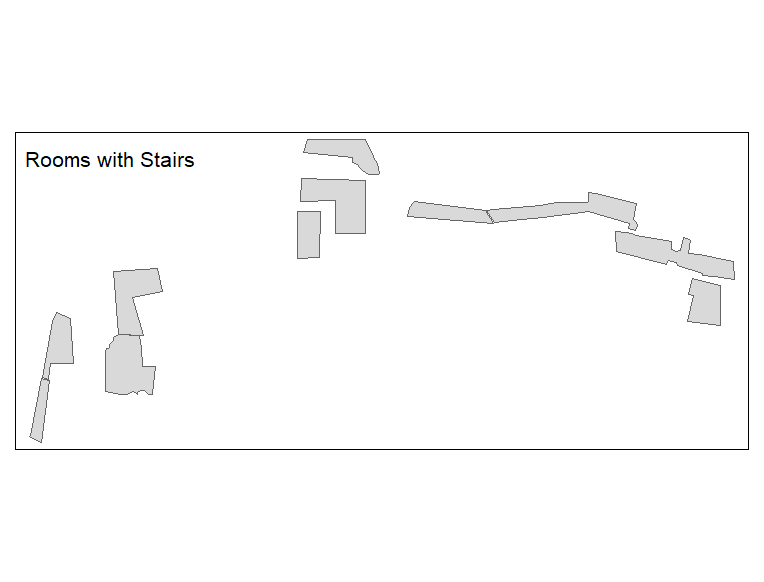 2
Converting character attribute to numeric attribute
3
Plot attribute of shapefile with R
1
R GIS layers not lining up (spplot/plot)
0
How to plot polygon in R from coordinates string?
2
Plot raster using raster attribute in R
0
Can't save changes to attribute table in ArcGIS Pro
0
How to calculate polygon's component/projection/intercept length along a line in ArcGIS pro?