I am trying to separate a specific area on my window of analysis. I have a georeferenced floor plan with rooms as polygons. I want to select and plot only some the rooms

This just gave me the whole floor plan

You can find my shp and csv file here

I think the easiest approach you could take would be to perform a spatial join from the points to the polygons.

We can accomplish the join using sf, the data manipulation with dplyr, and the visualization with ggplot2.

By loading the requisite libraries and reading in the data.

Note that when we read in the csv file we're also piping it (sending the results forward) to the st_as_sf() function and we're specifying the columns that contain the x and y coordinates. Further, we specify the crs to be the same as the room_sf object which is needed for the spatial join—that way we can reference them accordingly in space.

Quickly we can visualize these together and we see that the points fall inside of the polygons quite nicely. 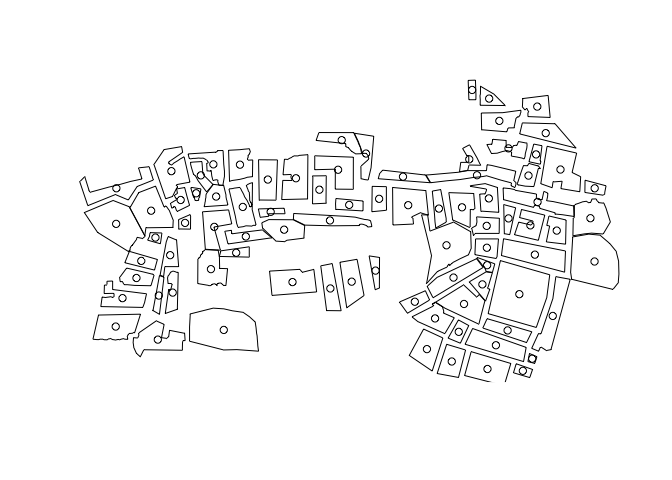 Here we join them together using sf::st_join(). By default it joins the data from the second argument to the data in the first argument (retaining the geometry from the first).

Now with this data you can subset it and visualize it with ggplot2. This first plot subsets to the three rooms you were interested in and fills the polygons based on the value of Rooms_csv.Bench. If you dont want to fill you can delete aes(fill = Rooms_csv.Bench). 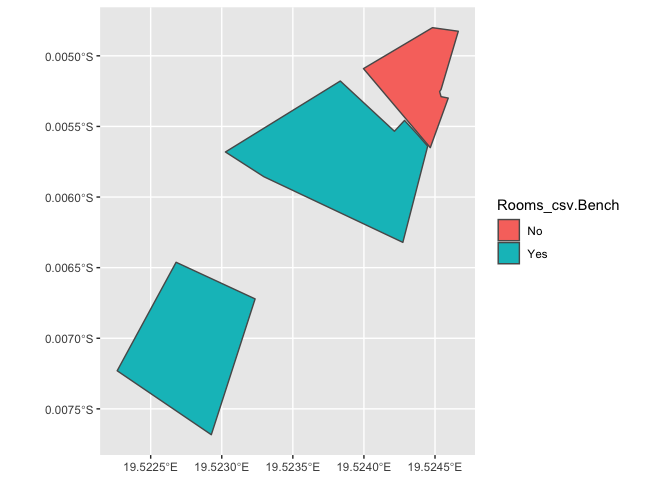 This second plot visualizes all of the rooms and fills based on the bench presnce. 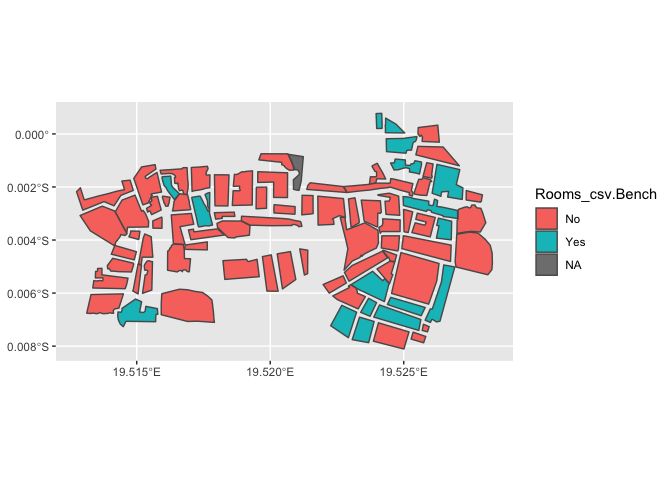 If I understand correctly your question, you to plot your shapefile based on a specific value/column from the attribute table. If that's the case then: