Getting all symbols to render when using Point Displacement in QGIS

However, since some of the data collection points are very close together, I need to have Qgis move the points around automatically so they don't overlap and I do not have to move them manually for rendering purposes every time I export the table with new data. 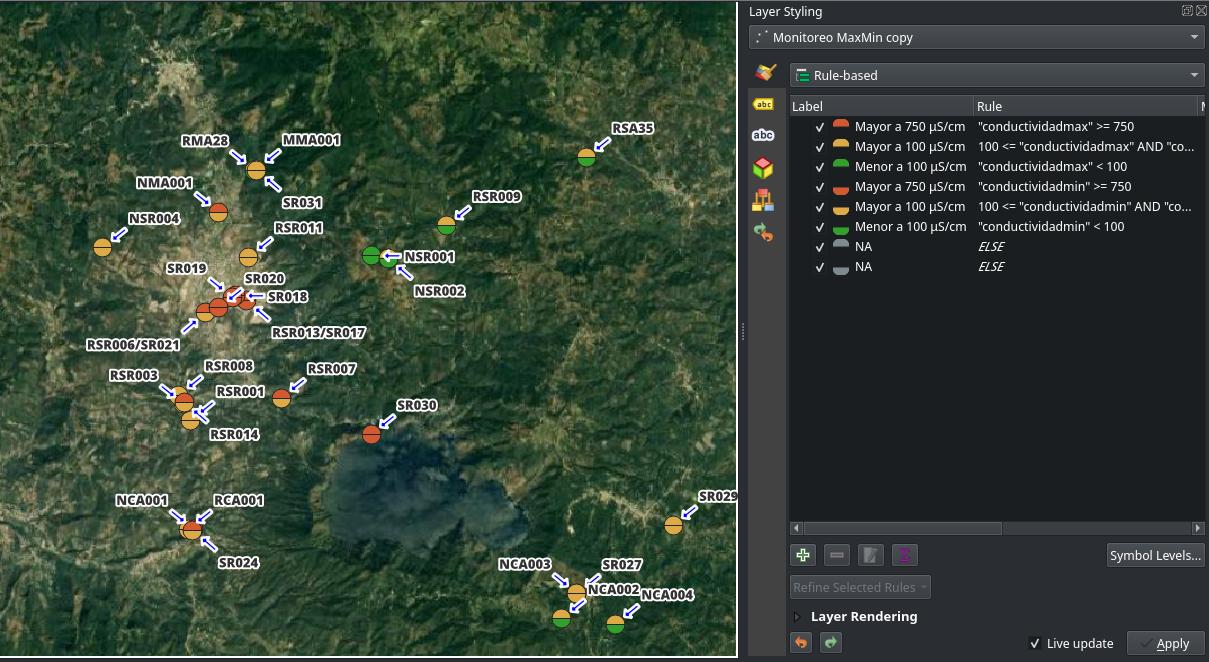 So, I tried using the Point Displacement style. This placed the symbols where I wanted them, but despite all the same rules as shown above being input into the renderer, I am only getting the first symbol for each point. 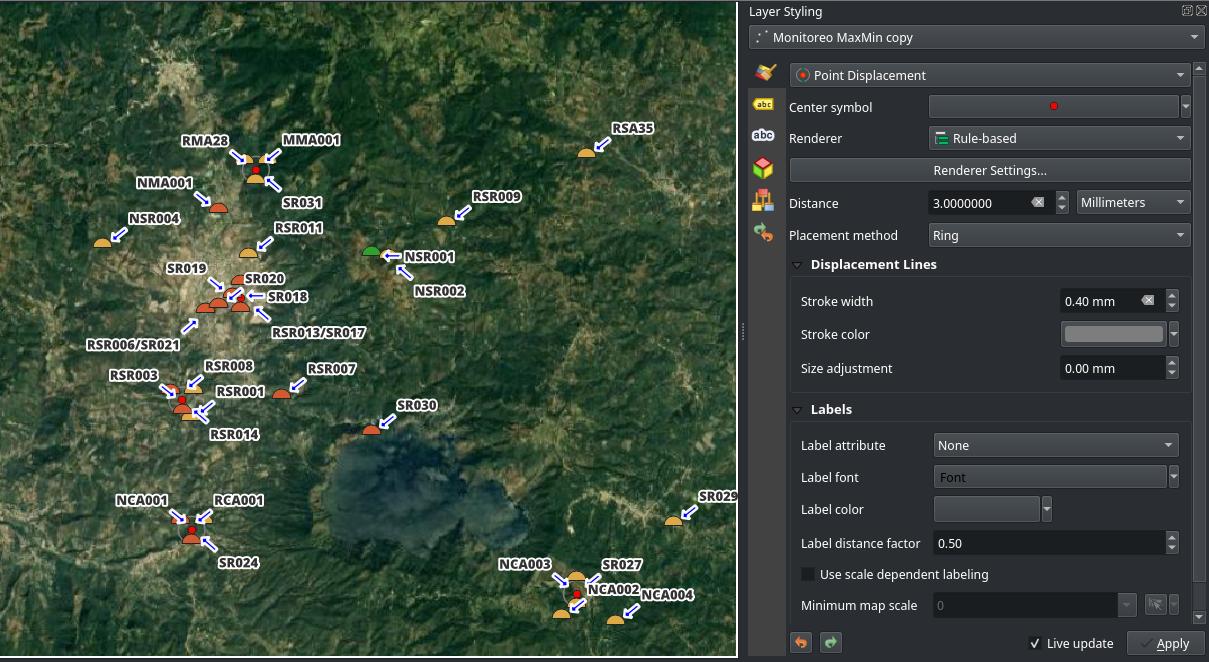 If I put the lower rules on top of the list, I only get the bottom half of the symbol, which shows that the issue seems to be it only renders the first part of the symbol for each point, despite it working correctly in the simple rule-based style. 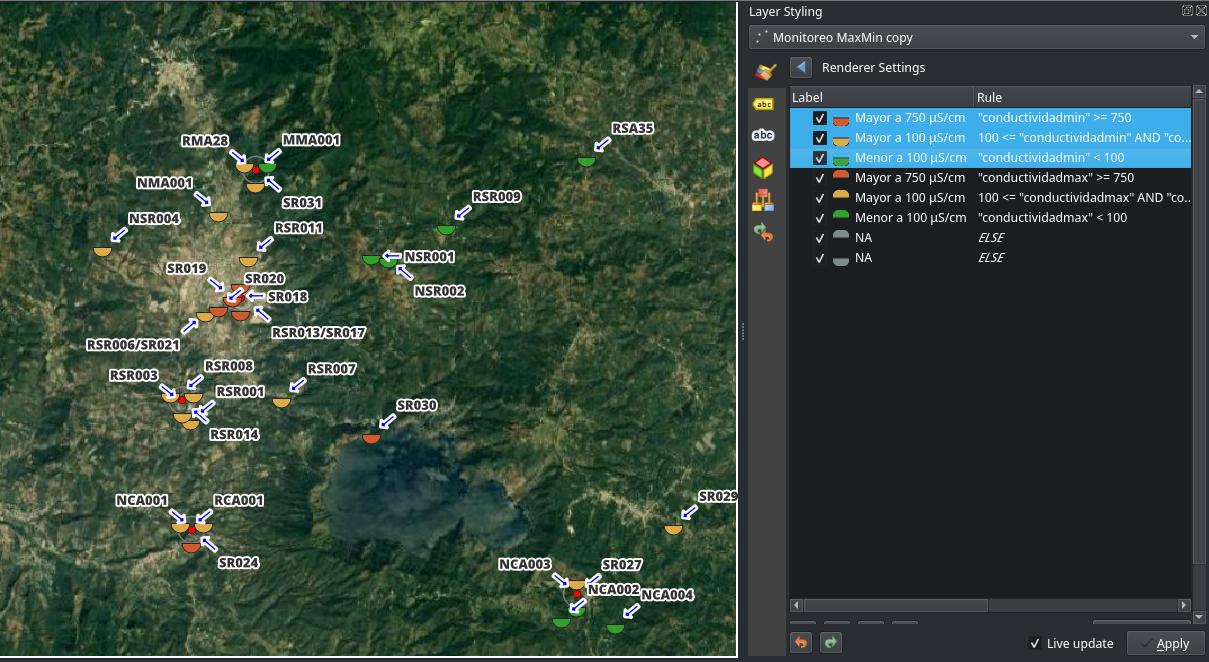 Is there any way to get the whole symbol to show up, just as in the first image, but with the automatic redistribution of the Point Displacement style?

I think you would be better of by using a single symbol composed of two half circle and control the fill color of each half using data defined override. You may just use a CASE WHEN expression including the same expression as your rule based renderer Something like :

This way when you set the point displacement the renderer has only to displace one symbol (with two half) keeping everything together. 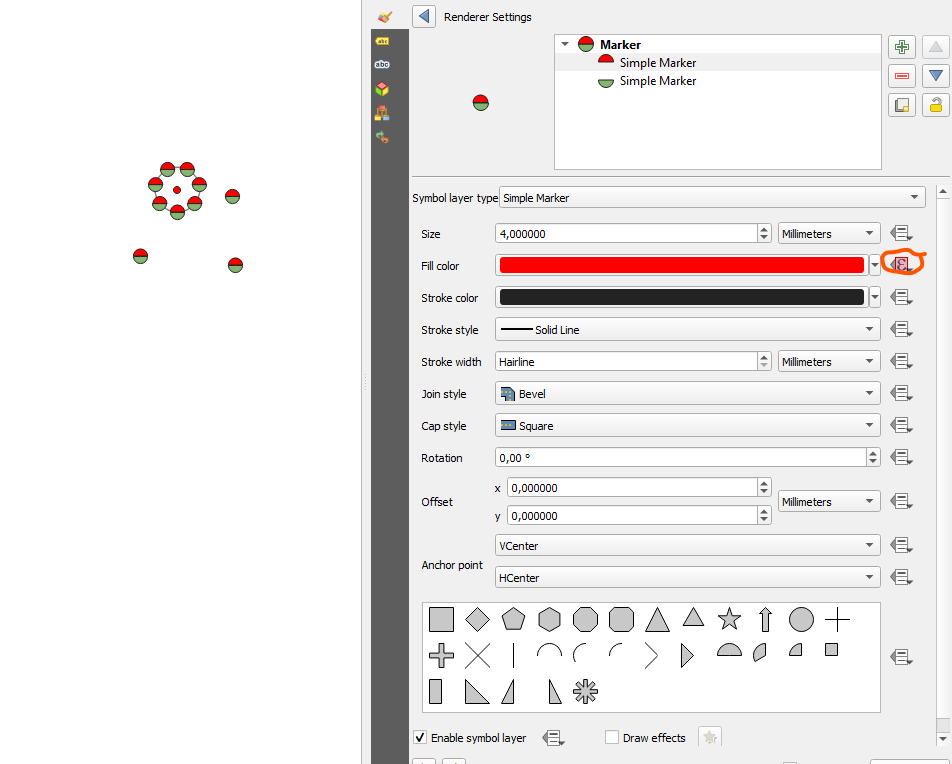