The shapefile is in WGS 1984 but I want to set the projection to 54030. When I'm doing that I'm getting a distorted display of the world map. I tried using the code ogr2ogr -f "ESRI Shapefile" -s_srs EPSG:4326 -t_srs "+proj=robin" name_fixed.shp name.shp but that doesn't fix the error. Attaching a screenshot of the shapefile when the CRS is Robinson. 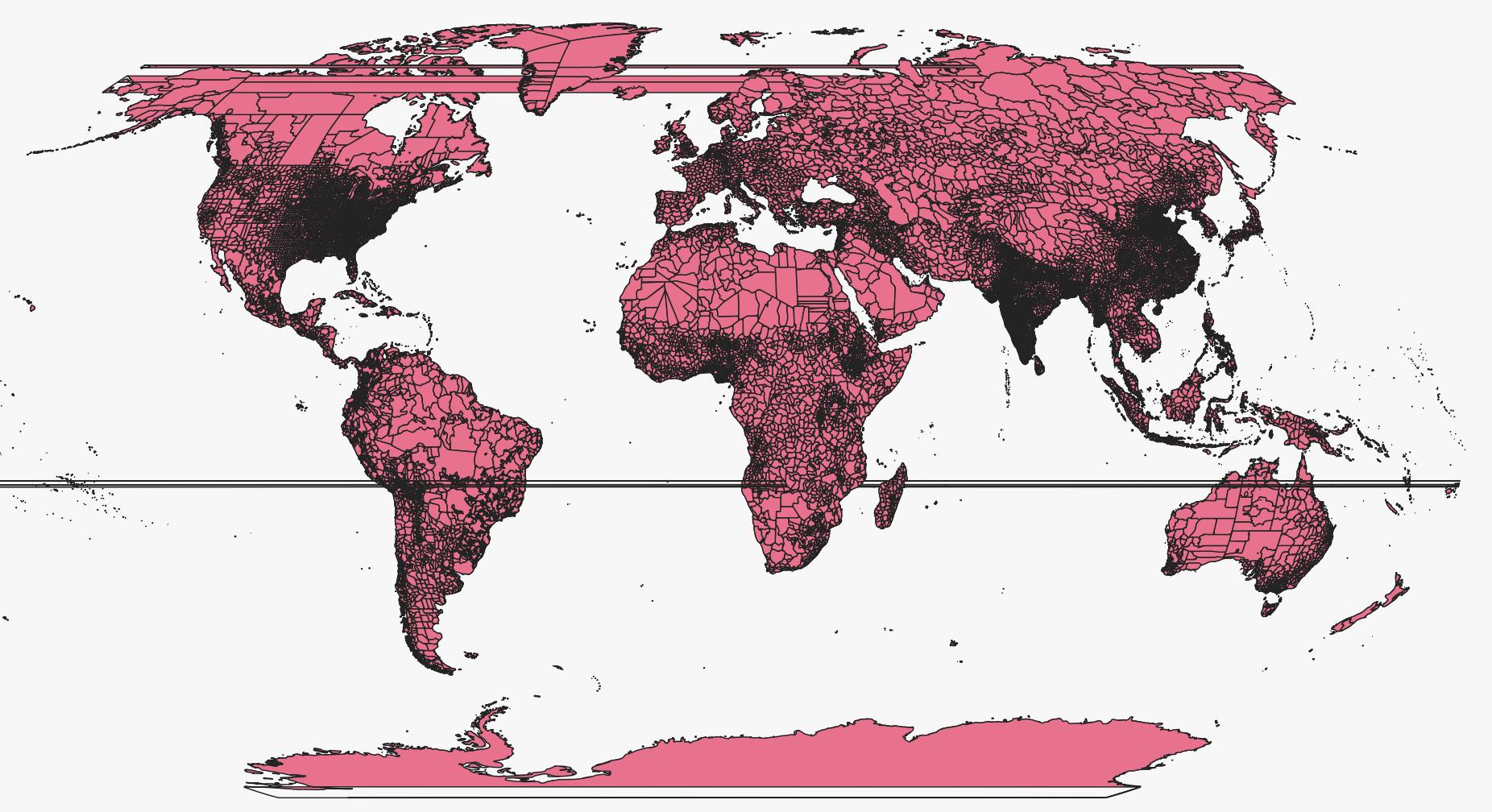 5
Explaining gap between Robinson WGS84 (ESRI:54030) in QGIS and ArcMap?
4
Reprojecting a shapefile with ogr2ogr when a line is crossing the international date meridian
2
Extent for Robinson projection?
1
QGIS grid not displaying
4
Display world map raster in World Robinson projection in QGIS without the corners being repeated?
1
QGIS - Imported shapefile CRS is listed as OSGB but being projected as WGS 84
0
Converting from esoteric coordinate systems to EPSG:4326 WGS 84
1
Transform CRS of Shapfile (sf) and Raster( raster)