Source for US parcel boundary data?

Where can I find shapefile (or other vector) data for US private parcel boundaries (such as for a plat map)?

Report All website has a large data archive of parcel data per state/county (some states and counties are not included). You can purchase data per county via shapefile, kml, or excel.

Data for US federal lands can be found through the GeoCommunicator site. However, it does not cover the entire country. 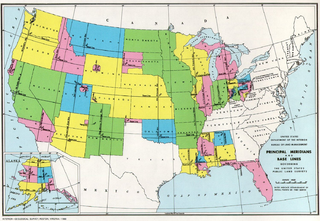 For private parcels data are much less accessible. For these data you generally have to go to the GIS department for the county, or if there isn't one you may even have to digitize paper maps/plats.

Some private companies, such as maponics, which provides data to Zillow.com, have amassed a good database of private parcel data, but these data are not free.

Maponics would be it. I used to update the data they now use and it is the best in class, historicaly it was tele atlas data 'multinet', maponics spun off for the uses you describe. Nationwide polygon data would be very expensive i expect. a way to create a cheaper and much less accurate coverage would be use tiger data and polygonize by zipcode.

You can build your application of top this Cadastral Mapping SDK.

Maponics parcel data came from multinet as they are a spin off from Tele Atlas (now TomTom). Not in a legal but in a practical sense. Tele Atlas got the data from all stand alone sources and combined and optimized it. Of course now we are talking about Pitney Bowes, the new owner of Maponics.

Tele Atlas had the best postal addressing as the worked with the USPS to improve their data. They also had there own database of deliverable (real) addresses and what P.O. was served those address: data even the USPS did not know and was then idealized that though logical processes.

Frequently county boundaries, state lines, municipal boundaries are very relevant to the addressing scheme. Tiger was very useful, in a general sense and was key.

Research by hundreds of editors further enhanced the process and automated processing was extensive.

Tele Atlas would buy but data if needed, or get it through sunshine laws. Other, newer data was gotten through real estate databases such as real quest.

At the time this was state of the art at the time and likely current processes are not as good as the company did major damage to the product when over leverage of financing occured as they where bought and merged with TomTom. This led to big cuts and large layoffs and inferior data and less data integrity checking.

Not the answer you're looking for? Browse other questions tagged data parcel or ask your own question.

0
How to generate a hospital perimeter database

4
California State Parcel Data
1
New Delhi, India, town level boundary files for GIS
0
How to find data about all individual residential properties in a neighborhood and map them out parcel by parcel?
1
what is the Parcel (APN) in this data block?
0
How to find boundary data for cities in Utah
4
Land Parcel Numbering Automation in QGIS?
0
Possible/Feasible to download parcel map and add up to 20 layers
0
How to get parcel boundaries with tax roll, land use, and zoning info?