Performing route analysis in R based on OSM transport network?

I'm analysing the likely paths taken by commuters on their way to work, based on Census flow data, job density distributions and the transport network.

At the moment I'm using pgRouting and the pgRouting add-on for QGIS (described here) for my analysis: 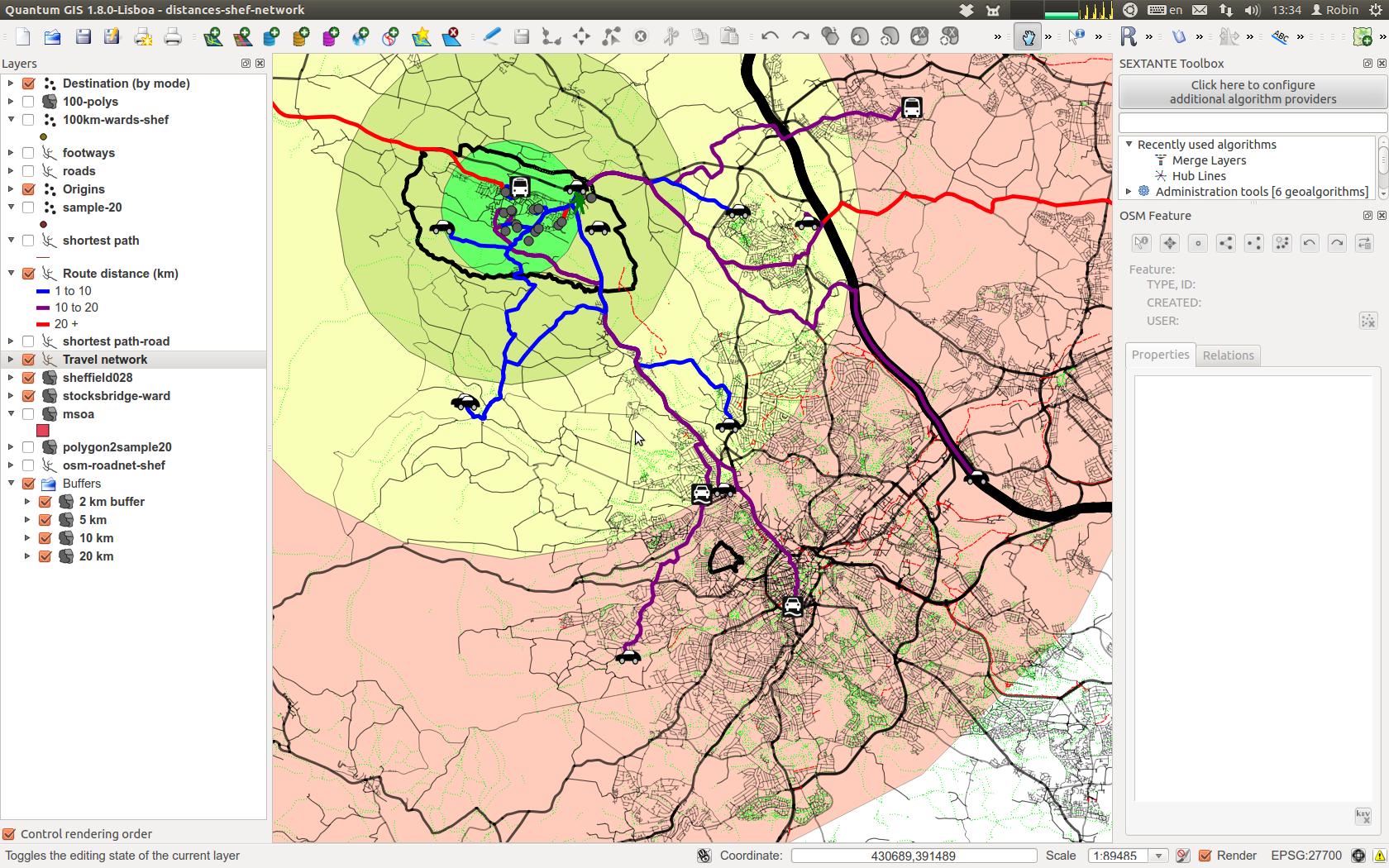 However, I'd like all the steps I take to be full replicable (see excellent article on this here), then I'd prefer to do my analysis from the command-line and save the script files for future reference.

R-geo packages fulfil this requirement well, as they are free, lightweight, and stable: download a tiny script file and you should be able to re-do all the things I have done (see here for an unrelated example of this on Rpubs).

The R packages I've identified for doing this are:

Before diving in to these, thought it worth asking people who may have faced similar dilemmas.

Is it possible to do my routing analysis in R, or would it be best to learn PostGIS properly and do it all in pgRouting?

Just to close this loose end, since I asked the question a new package was released called osmar which contains a vignette of how to implement shortest path algorithms in R using Open Street Map data: http://osmar.r-forge.r-project.org/ . It uses the function get.shortest.paths from the igraph package.

Excellent article on this can be found here: http://journal.r-project.org/archive/2013-1/eugster-schlesinger.pdf

And a tutorial by me can be found here: http://eprints.whiterose.ac.uk/77643/7/lovelace2.pdf

You may also use the r5rpackage for rapid realistic routing on multimodal transport networks. Once you download the OpenStreetMap as a .pbf file to your computer. You can easily run routing analysis with just a few lines of code. See detailed intro vignette on how to use r5r here.

rafa.pereirarafa.pereira
9681111 silver badges2222 bronze badges
Add a comment  |
-1
Want to improve this post? Provide detailed answers to this question, including citations and an explanation of why your answer is correct. Answers without enough detail may be edited or deleted.

I have used the package riverdist for similar applications. It was limited for what I wanted the use but it might be useful for other users.

I have also found this package stplanr that seems to do what you are looking for.

Not the answer you're looking for? Browse other questions tagged pgrouting r routing osm2pgrouting or ask your own question.

5
Solving route in multimodal network dataset does not use all forms of transport available?
0
Display Network analysis route service in India
2
How to draw a simple bus network that works with pgRouting?
0
Creating new prior distributions in R-INLA
2
QGIS Shortest Route Network Analysis using multiple features