How to stack rasters for ecological analysis?

The attached image shows two different forest openings. Each opening has the following layers associated with it:

I am interested in creating a graphic that visually depicts the average magnitude per unit area between the two rasters. Each raster has a different spatial extent. My thoughts were to "stack" the rasters based on the location of point shapefile 1 (i.e. the legacy tree) and perform the analysis using raster algebra (e.g. Float("Raster1" + "Raster2")/2). I should point out that the full dataset will have ~ 30 forest openings.

How can I stack these rasters so that they are centered on the legacy tree in order to perform the raster algebra? 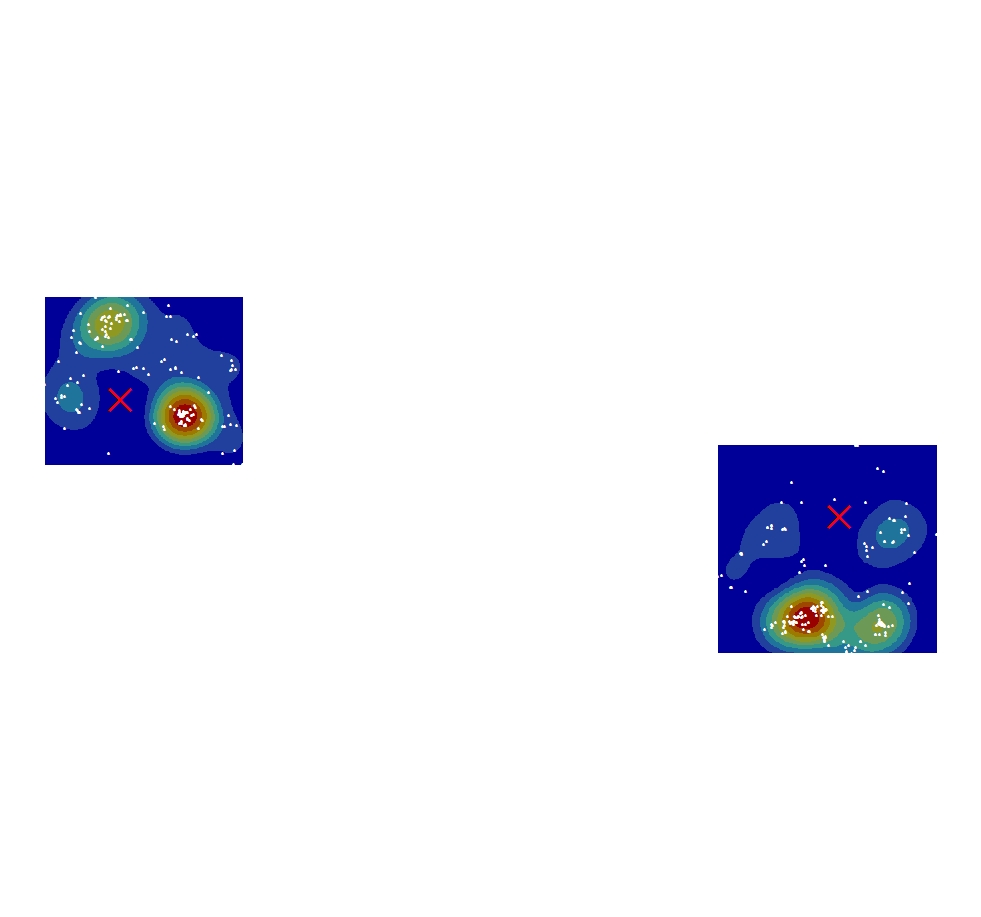 As @Alexandre pointed out, the solution was to georeference the rasters based on X.

You can use ArcGIS georeferencing tool to translate one of the rasters. Use the trees location as reference to create a single ground control point (GCP). Generally, you use at least 3 control points, but since we don't want to change the scale or the angle of the raster, with only one control point, arcgis will preform a simple translation in space.