I have a polygon data set of corn yield collected by a combine. However, as the combine drove through the field, there was slight overlap between passes, leading to overlapping polygons within the same shapefile. I also have a point dataset of sampling sites within the field. Occasionally, these points fall on locations where two polygons are overlapping. At each point, I would like to extract the value from whichever polygon has the higher yield. 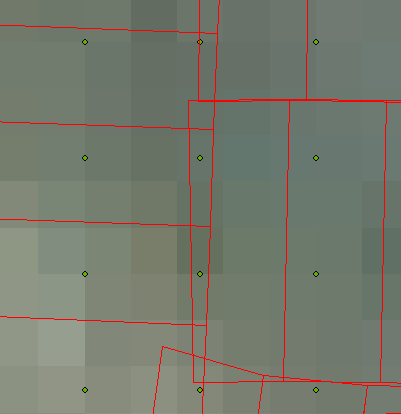 I've thought of two ways to do this:

I am using ArcMap 10 with spatial analyst. There are hundreds of polygons overlapping, so I'd like to use some sort of automated extraction.

Do a spatial join of the polygon data to the points and set the field mapping merge rules to 'Max'.

I am assuming you are calculating yield from one time period. In this case, you can essentially "clean" your polygons so that they do not overlap and increase the error rate of your calculations. There are three ways to go about this type of analysis. The first is to use a tool in ArcGIS called Eliminate.

A second option similar to Eliminate is to use the Integrate tool:

And finally, you can incorporate topology rules within a feature dataset to perform the same type of border corrections as previously described. I suspect the Integrate or topology rules options will best suit your needs.

Once your polygons are cleaned, perform an intersection or one of the other overlay tools that best suit your analysis.

Here is a method you can use:

These steps/tools can be modeled in ArcGIS ModelBuilder for future automation.

Not the answer you're looking for? Browse other questions tagged arcgis-10.0 spatial-analyst intersection polygon-creation sampling or ask your own question.