This past summer I recorded the location of a large number of plants I was working with by calculating the distance from each plant to each of 3 tripods for which I have GPS coordinates. I'm trying to use arcgis 10 to reconstruct the location of each of these plants. I don't have the bearing from the focal plant to the reference points, only the distance. So as I understand it, this is a trilateration problem. 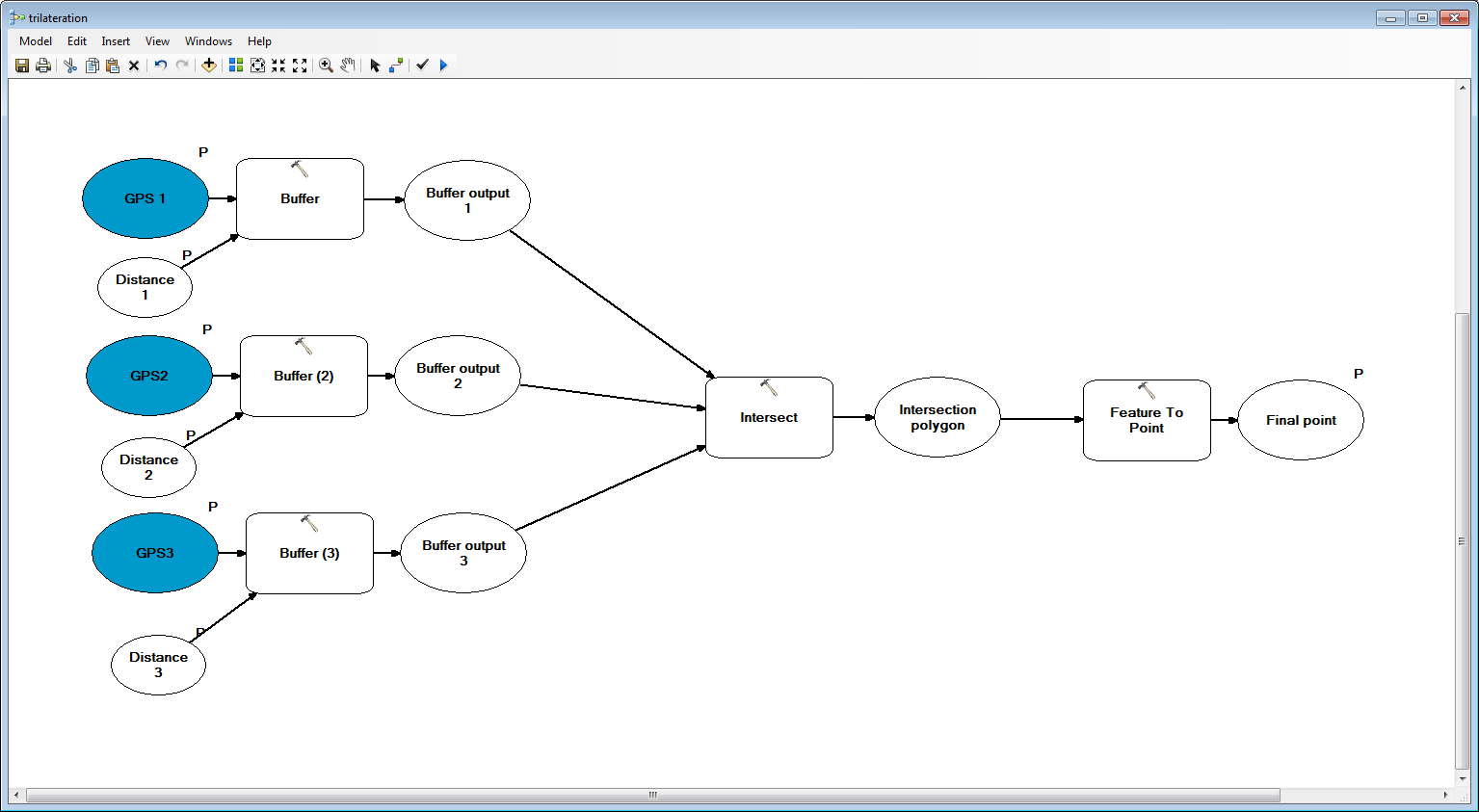 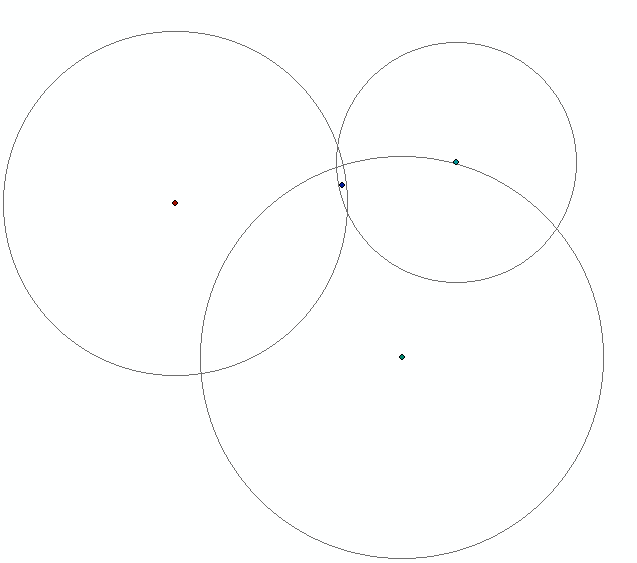 Although this works, it is incredibly time consuming (~5 hours to get the first of four populations). I have around 1,300 more samples in three separate populations that I need to map in this way.

I cannot figure out how to make an iterative version of this model, however, in large part due to my inexperience with gis. I have a hard time searching the help documents because the jargon is unfamiliar to me, so I think I just lack the correct keywords.

I have seen this post, but as I searched to see how to convert between UTM and the coordinate system used there, it seemed that would be potentially problematic, and I feel like I'm 95% of the way to the solution with the model I already have.

The most obvious way this should work to me is to have an input feature that contains all of the reference and buffer distance data, and iterating through sets of three, or through a set of files each of which contains three points. However, when I've experimented with entering a table like this:

the intersection tool no longer outputs a single polygon where all three buffers overlap, but instead multiple polygons where there is an overlap between at least 2 of the buffers, like this: 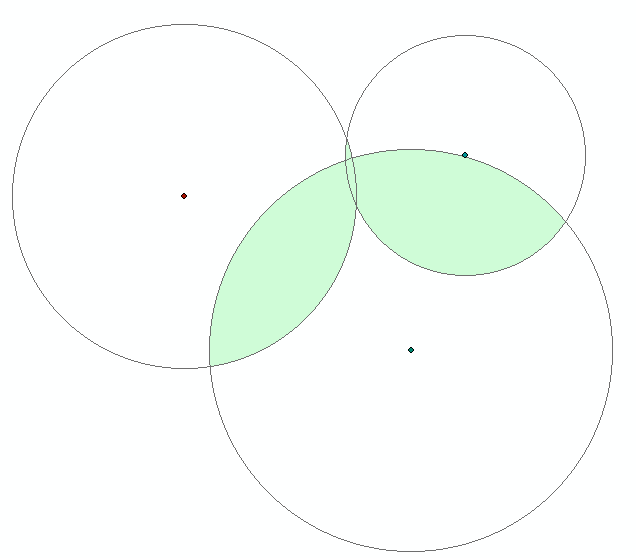 I assume that this is because the three buffers are in a single feature instead of three different features, but why this would create a difference in the behavior of the intersection tool passes my understanding.

Furthermore, I don't seem to understand how to make iterators operate properly--my attempts at using the row or feature iterators always result in only one output representing the last row, even when I use dynamic naming of the output.

Is there some way to create an iterative version of this model, or should I just give up on it and go back to square one? I've struck out asking all of the GIS experts on our campus, none of whom seem to have much experience building models.

Thank you! In reading back through this I appreciate that it is very convoluted. I apologize for the length and for my ignorance--this is what happens when a geneticist pretends to be an ecologist.