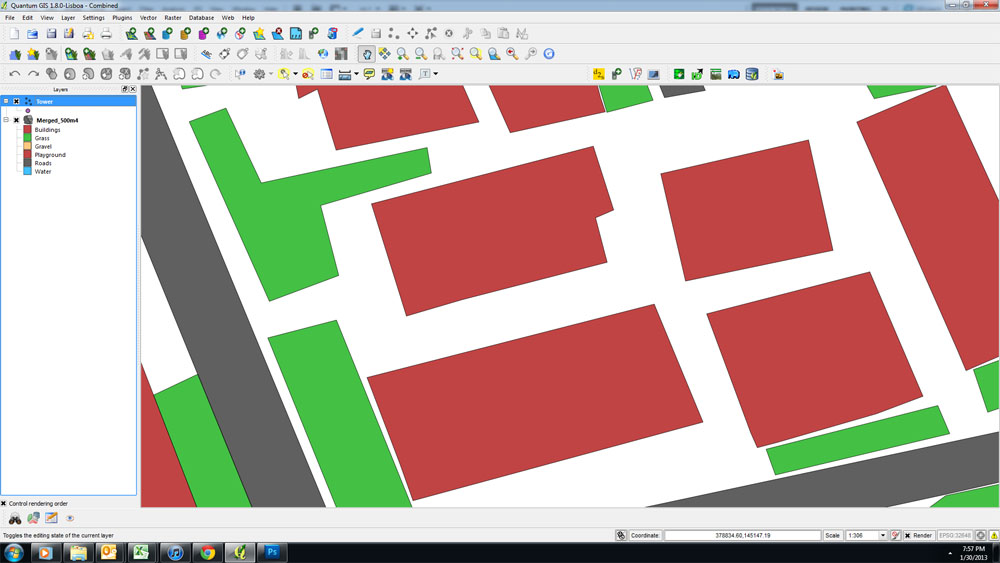 The empty (white) space in the map is actually paved surfaces in reality but is it possible to fill that "empty space" with another vector layer that creates a new landcover polygon class automatically? I'm under the impression that it is possible to create another layer with the symmetrical difference tool but I think I need two input vector files - the one with all the current layers and another layer. Am I supposed to create another vector layer that covers the exact same area (i.e. 500 m radius about a certain point?) and how do I go about doing that?

Ok just to summarize, this is what I did to get the difference layer:

Yes, you need a layer that covers the same area to calculate the difference. The easiest way is to create a buffer around the centerpoint.

If you already have a layer that includes a point feature at the centerpoint, you can select that and then use the Vector/Geprocessing/Buffer tool with the "Use only selected features" check box activated.

If you don't have a point feature at the centerpoint, you can create a new point shapefile and adding a point, probably using the Numerical Digitize plugin to get an accurate position of the point. Then you can run the Buffer tool on that layer.

Not the answer you're looking for? Browse other questions tagged qgis polygon vector or ask your own question.