Ask Question
Asked 9 years, 6 months ago
Modified 3 years, 9 months ago
Viewed 11k times
17
This question's answers are a community effort. Edit existing answers to improve this post. It is not currently accepting new answers or interactions.

Similar to Seeking examples of beautiful maps? is there any similar collection for 3D maps?

Minecraft or at an wider vision: Voxel drawings. Have a great potential for real 3D maps.

Different from raster data that are 2D matrix, a collection of voxels are a 3D matrix and can represent volume. 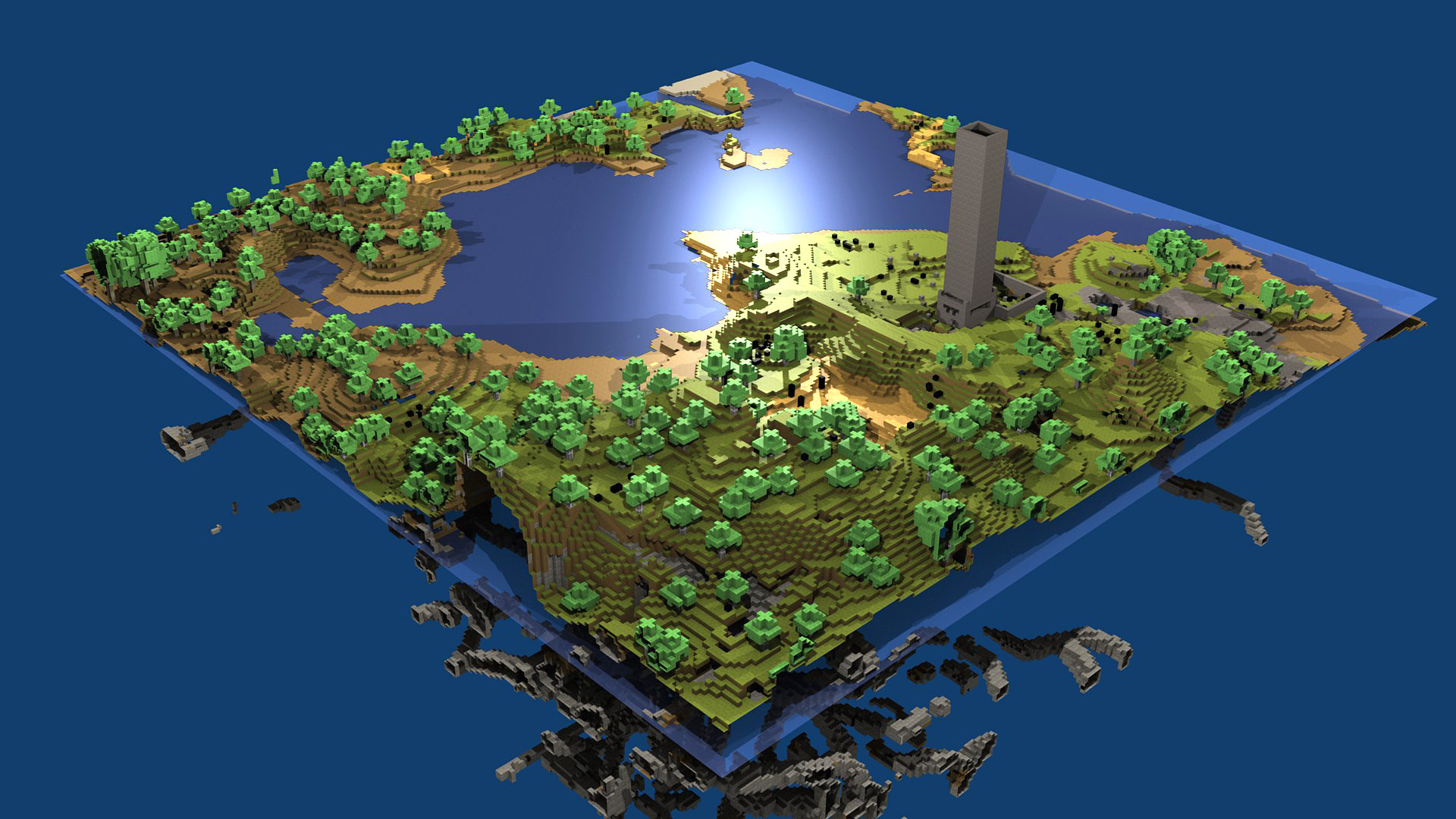 I do a lot of work in 3D, especially landscape visualisation for planning proposals. The screenshot below shows an example. I have blurred out the on-screen coordinates and mini-map out of courtesy to the client (although this model has been used in public exhibitions so it is not confidential anymore). The mini map scrolls with the user and there are hot-keys to toggle elements of the model on and off, jump to pre-programmed locations and a few other tricks like split-screen views showing the model and real-world panoramic photos. The buildings are very simple in this view as simple extrusions are usually enough, but occasionally something a bit fancier is called for. 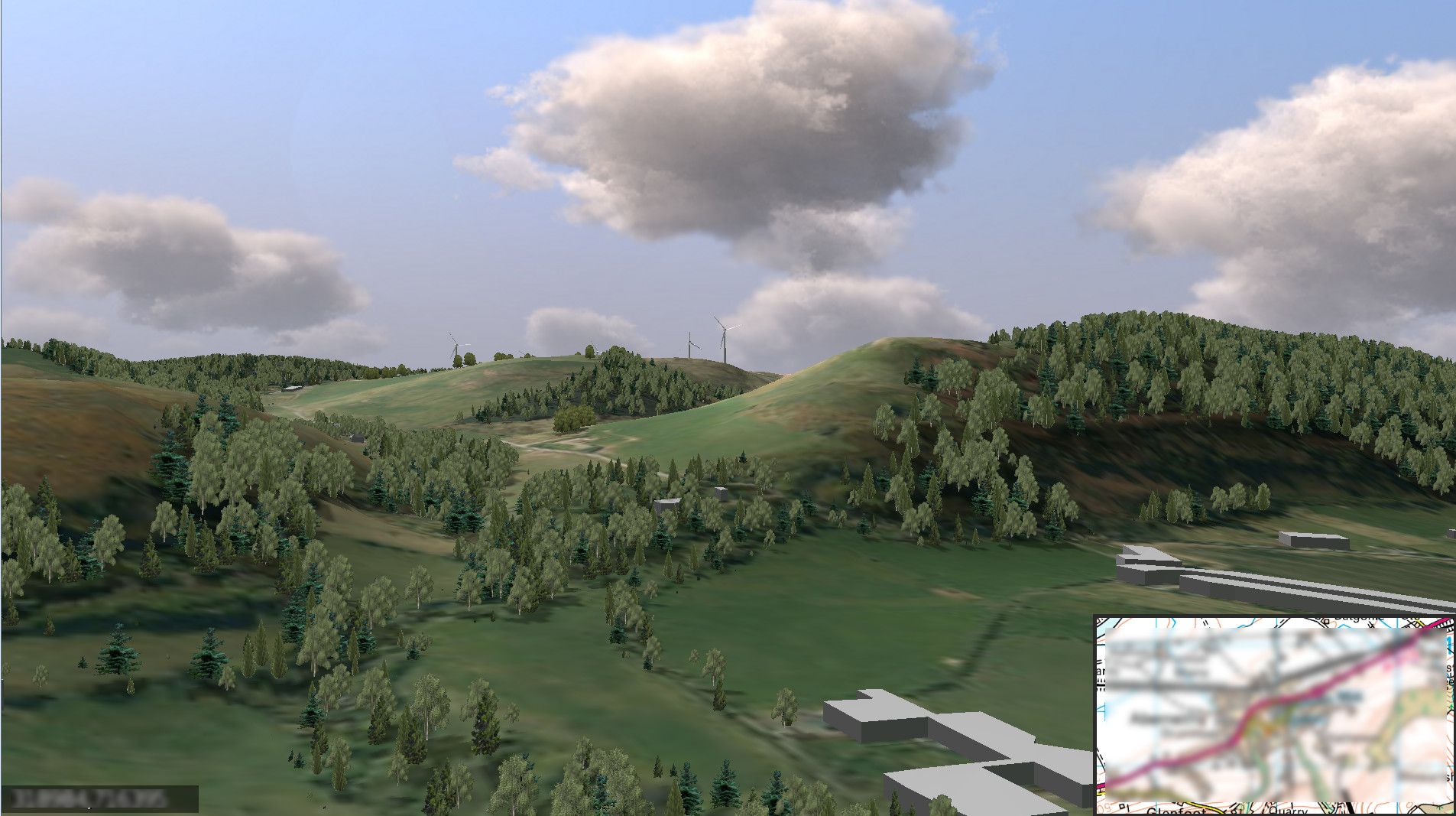 At the risk of being accused of advertising (and I respectfully hope that this reference will be seen as relevant in the context of this thread), I also produce hard-copy 3D maps (no computer required). The maps aren't physically 3D but use a special foil and printing technique to give the optical illusion of 3D without squinting. It's a bit difficult to show an example on the computer sadly as you loose all the 3D effect. You can see an image of an early prototype and get an idea of how it works here. Please be aware that what you see is a prototype and my main consultancy work has prevented me updating these for ages, until very recently and I was working on new (and visually improved) series just yesterday.

recce.at has a stylized 3D map that looks nice: 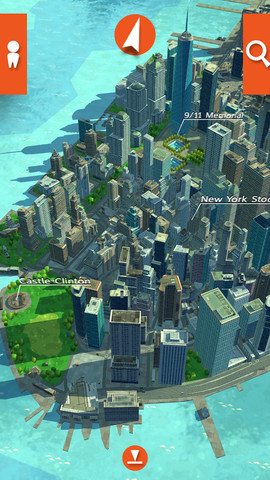 I think that OpenwebGlobe is very nice and promissing project. I do few maps using this library and it looks great and works quite fast IMO. 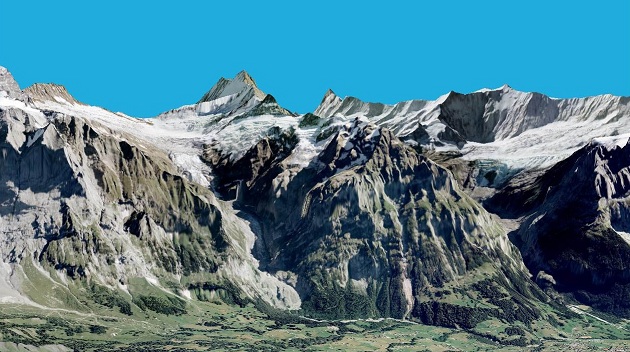 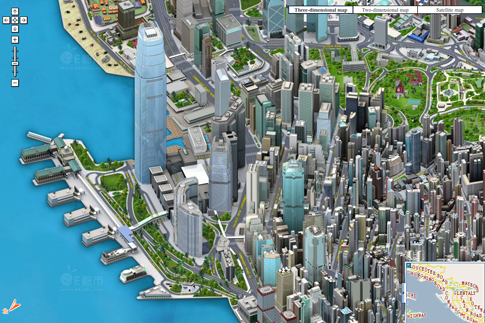 I just want to answer here because I think our project fits somehow here.

We are mainly focused on 3D geology. Thus our maps might look different from what you expect. Behind the map is much more: a database for 3D objects (much like PostGIS, but still different).

This special model shows the geology beyond Dresden, Saxony, Germany:

There is also a model of Switzerland. You can explore it yourself at viewer.geomol.ch:

Not the answer you're looking for? Browse other questions tagged 3d-map or ask your own question.