How to make a certain attribute Toggelable? [duplicate]

I have imported data from an excel spreadsheet containing lat,long coordinates associated with other attributes such as current operator of each point (well). I imported as a tab delimited file, then saved this as a shapefile.

I want to be able to organize the files by operator so that they can be toggled on and off (by operator). I have been doing this by opening the attribute table, making a selection and then saving the selection as a new shapefile for each operator, which works, but I have reached the limit of shapefiles for a single project, and am wondering if there is another way to accomplish this.

I can think of two straight-forward, non-programming options. Both use only one shapefile/featureclass rather than creating many many files.

One is to create a layer from the selection rather than a shapefile (Make your selection from the attribute table, right click the layer in the table of contents and go to Selection --> Create Layer from Selected Features)

Alternatively you can add the same shapefile multiple times to the map and apply a differrent definition query to each layer. You do this by opening the properties dialog for that layer and writing an SQL expression (the same as you do in the select by attributes dialog) in the Definition Query Tab 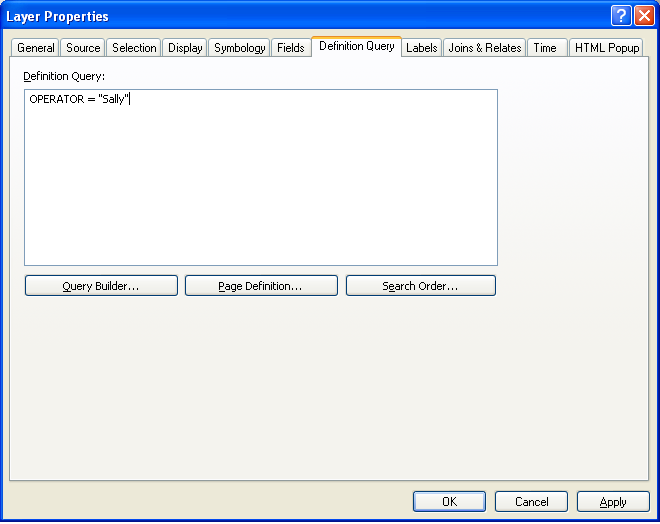 In either scenario you can then toggle the layers on and off as required. Personally I prefer definition queries because; when using selection sets, if you edit the data the selection can get confused and either add incorrect records to the layer or the records in the layer can disappear entirely.

Not the answer you're looking for? Browse other questions tagged qgis fields-attributes or ask your own question.

1
How to create layer from shapefile in QGIS?

3
How do I split a shapefile efficiently into mutually exclusive sets?
2
CSV handling in QGIS?
9
How to export polygon coordinates to CSV (not WKT)?
0
Overwriting existing field names during MapInfo to ArcGIS conversion?
0
QGIS unable to join attribute by location - attribute table missing values
2
Converting UTM coordinates to shapefile in QGIS
0
Plotting points using a list of lat & long coordinates