I have the problem that when I create a new point (in a point layer) or a new line (in a line layer of course) and I save the changes to the layer (so NOT the project save) then QGIS rounds up the coordinates of the new element to six decimals. I can see that in the "identify results" window by clicking on "(Derived"). So as a result, I don't get the required position of the new element. The layers are DB tables that I received and I just open them in QGIS. I don't know the source of the layers. The CRS of the project is the same as the CRS of the layer. The thing is, if I create a new shapefile-layer myself (point for example), the new element remains in the wanted location even after saving layer changes. So it has something to do with the layer I received. But I don't know what that is. I am trying for 3 days to find a solution and can't seem to solve the problem. Does anyone have a hint for me? 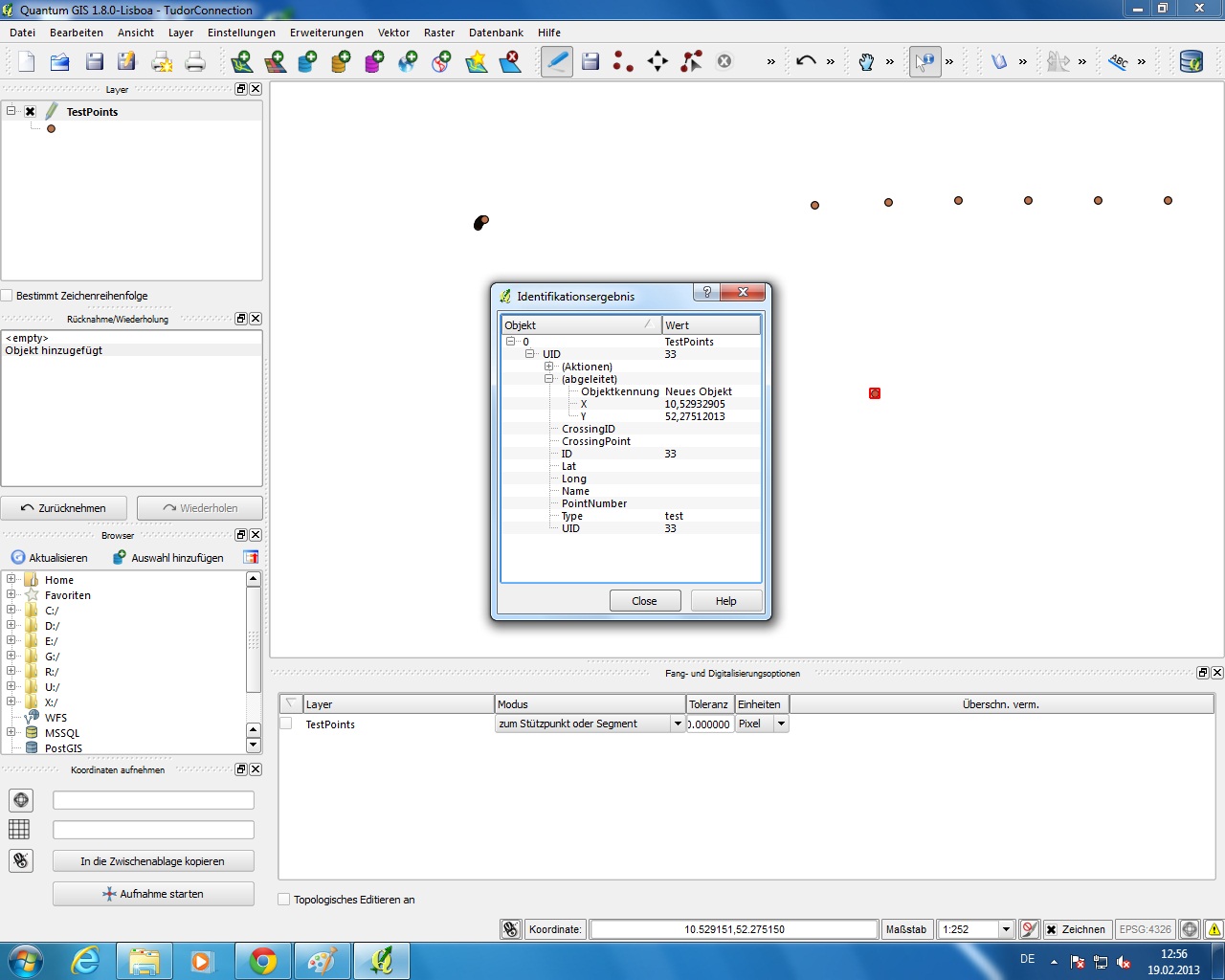 After saving the layer changes: 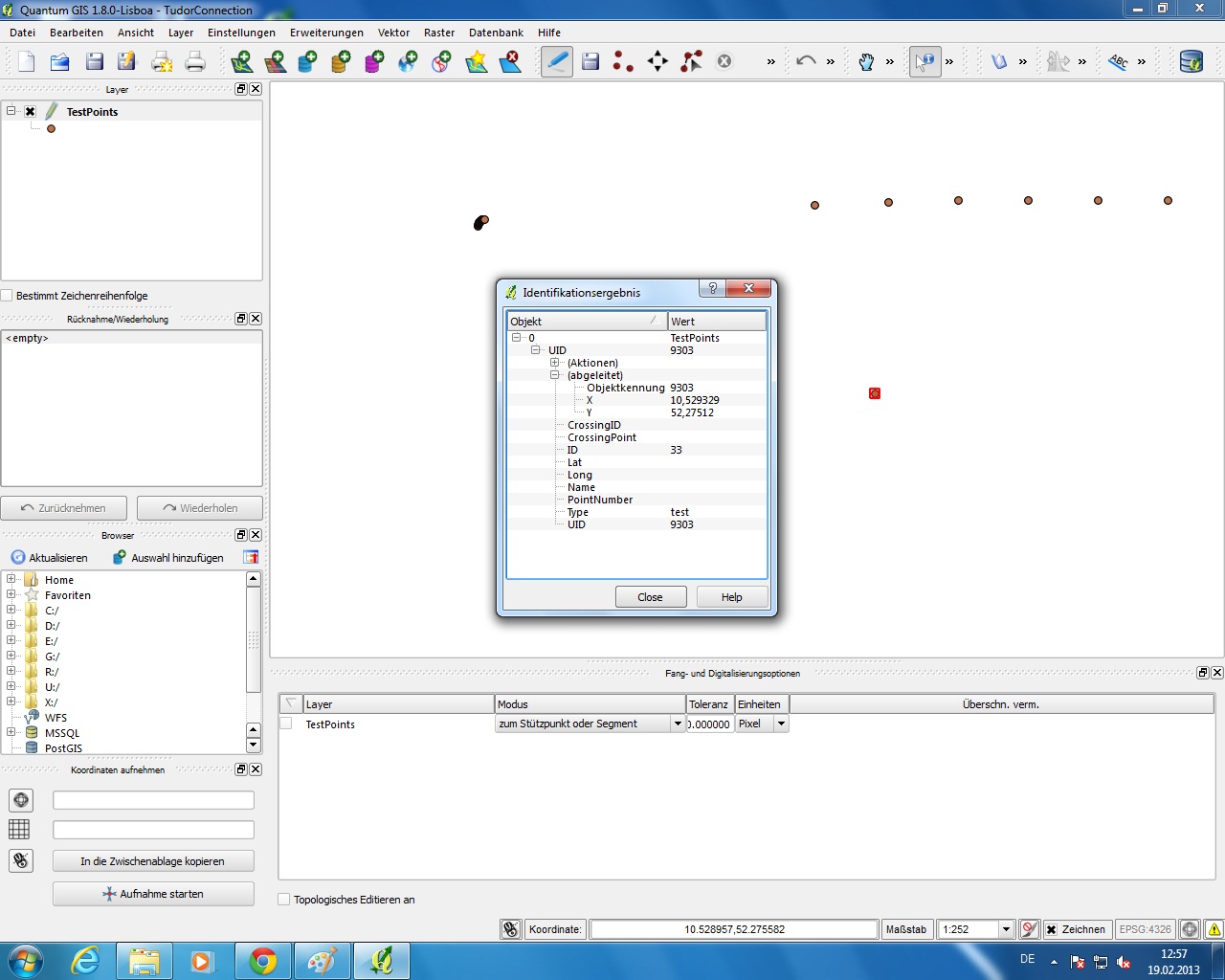 This is a bug in QGIS. I've created a bug report here.

It relates to the MS SQL data provider using WKT by default to save and update records. The QgsGeometry::exportToWkt() method rounds coordinates to 6 decimal places. In more recent versions, this has been increased to 8, but it is still rounding.

This is actually an issue with floating point calculation where in binary computers can't see recurring numbers and therefore can't round. It doesn't matter if you're in a billion dollar ArcGIS development environment or QGIS world, the issue is that you are in binary base2.

2
Why does "save" overwrite the "capture point" function?
2
What are Bands, Dimensions, and Histograms in QGIS?

6
Newly added points disappearing after saving edits in QGIS.
3
Saving shapefile with points and labels together in QGIS
4
QGIS spatialite layers 'Could not commit changes to layer'