I have several thousand irregularly shaped polygons in a shapefile. I want to be able to split each polygon into three areas, and to specify what the size of those areas (they sum to the previous total area). It does not matter what the sub-polygon shape is, as this is for visualization purposes.

How can I go about doing this? Is there a standard algorithm that exists that I can use?

This problem has many valid solutions. One of them works a little like your description, but instead of slicing the polygons at "random" locations you can do it purposefully in a way designed to minimize the amount of computation.

Here is the basic algorithm. Its input consists of any plane sweep direction, a polygon P of nonzero area, a target area a between zero and the polygon's area, and a nonnegative threshold t (in units of area). Its purpose is to split P with a line perpendicular to the sweep direction into two parts, one to the right of the line and the other to the left of the line, such that the difference between the righthand area and the target area a is no greater than t.

Let L be any oriented line perpendicular to the sweep direction. Define f(L) to be the area of P found at the right of L, minus a. In these terms the task is to find a zero of f. Because f is unlikely to be differentiable, but is continuous, use either a bisection method, the secant method, or--my favorite--Brent's method. All are simple and guaranteed to converge. Use t for the convergence tolerance for the argument.

That's it. Let's consider what goes into coding this. The root finding is routine--you can use a generic chunk of code for it--so the GIS work comes down to coding f. Doing so requires

Both operations are implemented in almost any vector-based GIS. If not, you can replace the line by a very large rectangle representing the half-plane to the right of the line. Step 1 becomes

That is a really basic operation.

To get started with root finding, you need to find an interval in which the zero of f is guaranteed to lie. This is easy: project the polygon's envelope ("bounding box") into the direction of the line sweep. The projection is the interval you want.

This question has a long history. I implemented this algorithm for ArcView 3.x long ago and described it many times in the old ESRI user forums. Google

for discussions, links to code, enhancements and variations (such as splitting polygons into parts of desired sizes which are as compact as possible) and algorithms for raster data.

Here is what the continental US states look like (in an equal area projection) with the bottom third of each state shaded. Evidently the sweep direction was vertical. 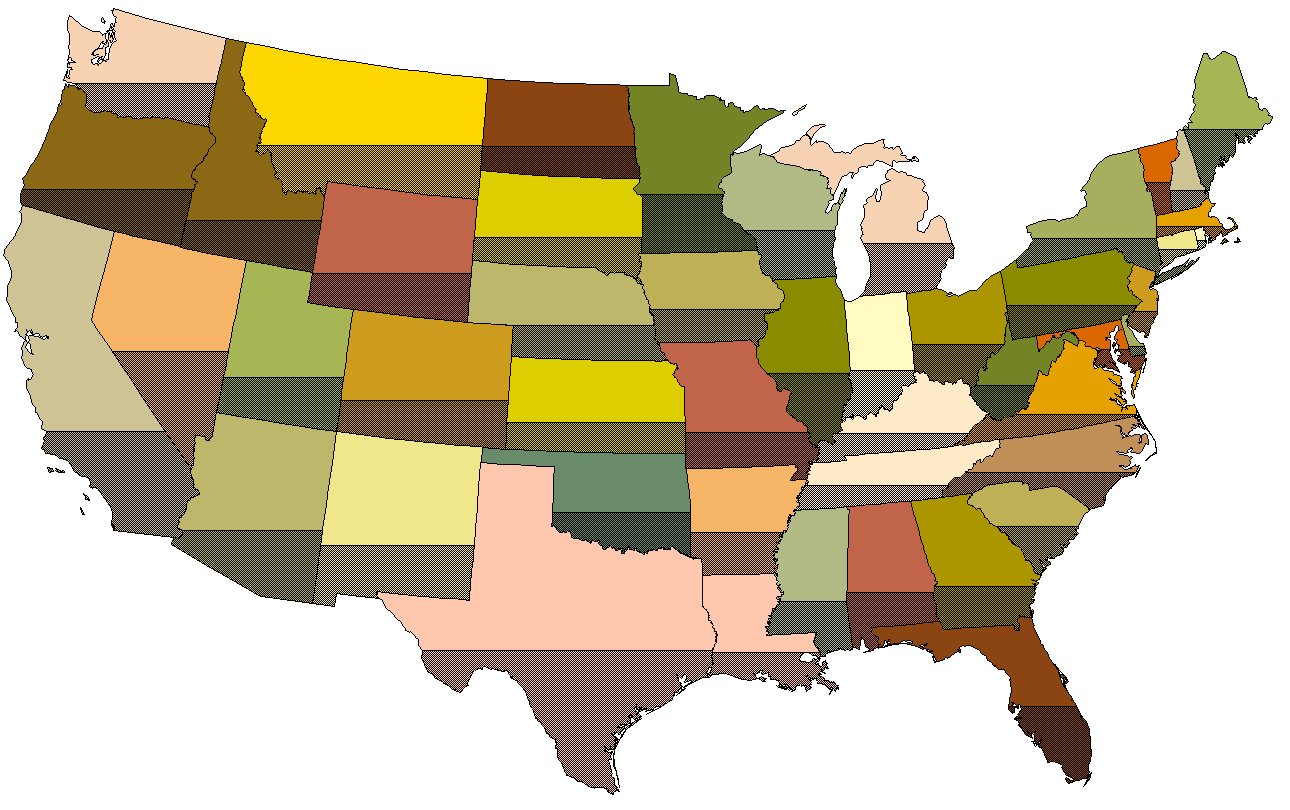 There is a ready-made tool called ET Spatial's "GeoTools". Where there is a tool called "ET Miscellaneous". In this tool there are two types of way to split polygons viz. By Percentage and By Area ( several units e.g sq m, hectares etc.). This tool splits polygons from any of the four side i.e NESW as the pictures shows. I used "up to down" i.e North to South method. 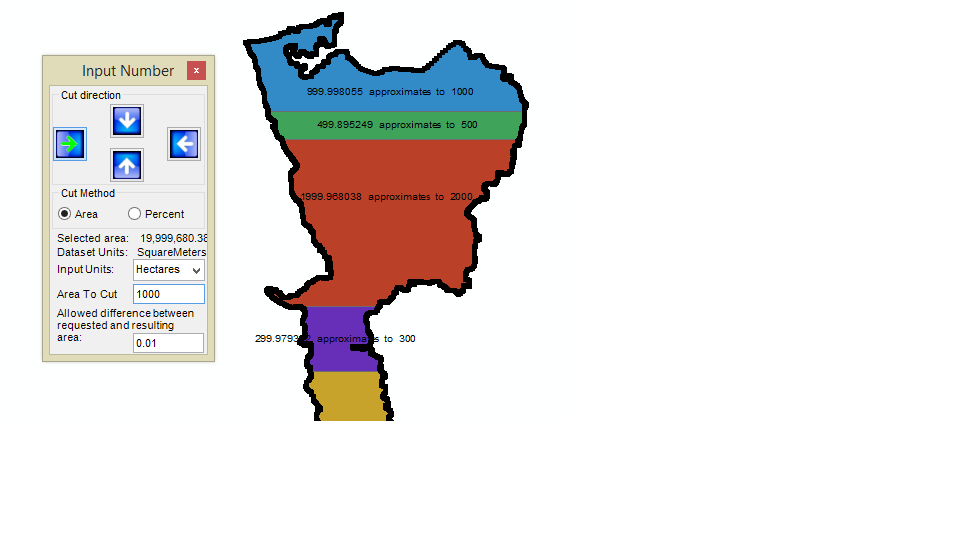 There is a new tool in ArcGIS Pro 2.3 called Subdivide Polygon.

It allows one to split/subdivide a polygon given number of parts or desired part area.

Not the answer you're looking for? Browse other questions tagged arcgis-desktop algorithm polygon-creation or ask your own question.

5
Split polygon by area using ArcGIS for Desktop (or QGIS)?
24
Recommend topics to be included in a Computer Science for Geospatial Technologies course
11
PostGIS: split a polygon in a given ratio
10
Splitting irregular polygon into equal areas using QGIS?
5
Parcel Division with Donut Parcels
5
Splitting large polygons
6
How to split polygons without ArcView?
3
Cut polygon into equal parts
3
How to query latitudinal bounds on 95% of a polygon in PostGIS?
3
Create perimeter from given area
See more linked questions