I'm trying to create a heatmap with about 325 points distributed around the city of Houston. (FYI Houston is a major human trafficking in the US: a title shared with LA and Atlanta depending upon seasons and large events).

I'd like to plot the concentrations of these points, but can only get a large circular area around all of them with QGIS' heatmap plugin.

Currently, QGIS only allows whole numbers as its buffer ratio, so I would need to go smaller or possibly correct my CRS. The confirmed human trafficking addresses were geocoded with Google's API, and I have unsuccessfully tried in WGS84, WGS84/Mercator, and Google Mercator.

Is there a better way to do this? Here's a screen cap to illustrate. The results were the same for the aforementioned CRS's. 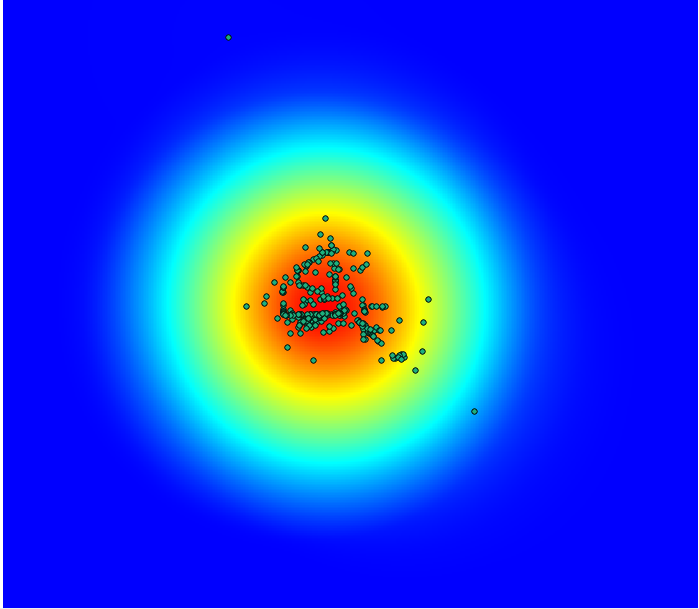 PS. I'm also already aware that the current heatmap plugin can only create a raster layer with projected coordinates if the buffer ratio is in map units

If you're curious, it was Tutorial: Making Heatmaps using QGIS and GRASS that helped me learn more. Also, I heard back from the heatmap plugin's creator. Apparently he's been experiencing some bugs as well. If you're using the development version, it should be fixed in a few days.

Not the answer you're looking for? Browse other questions tagged qgis qgis-plugins heat-map density or ask your own question.