I have a line which has been dissolved, having initially been composed of 4 features. I want to remove these parts, properly dissolving it into one continuous feature. I tried using the Unsplit Lines tool but no luck. 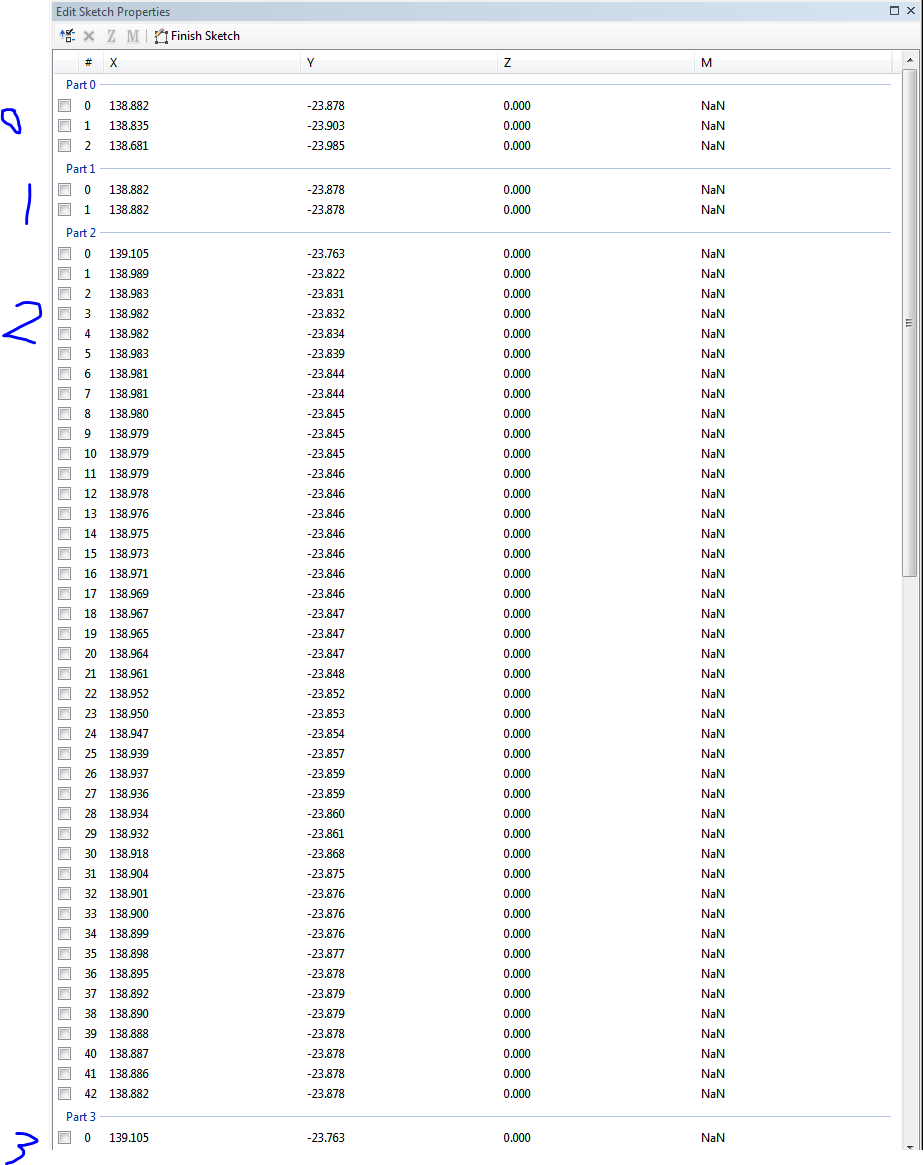 Additionally, once dissolved it places the final vertex at a mid point, not the end of the line: 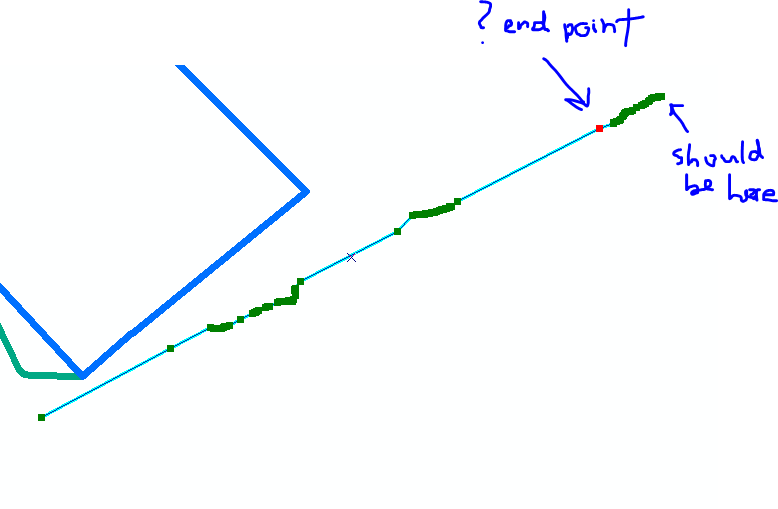 This proves very difficult to manually correct. Curiously, the position of the end point is the end point of the right most line from the four that this was initially dissolved from.

If anyone knows how to get ridd of these parts, I'd appreciate it.

I am wondering if it is because there is an infinitessimally small distance between parts, but it seems they're snapped together.

Run this tool and then

This should give you one continuous line feature

You seem to have a multi-part line now. The 4 lines are a single multipart record. Run "Multipart to SinglePart" to explode the lines into individual features. Then run Dissolve with Unsplit_lines or run Unsplit lines.

Quick and dirty, create a new feature and trace the existing feature. Delete the old one.

The problem is that you have 4 separate features that are not connected. Part 2 and 4 are essentially points. For the line to dissolve you would need Part 2 Vertex 0 to equal Part 1 Vertex 2 and Part 2 Vertex 1 to equal Part 3 Vertex 0. This would dissolve Parts 1-3 into a single feature.

Not the answer you're looking for? Browse other questions tagged arcgis-10.1 line or ask your own question.