maximum circle inside an irregular polygon from a random point

I am trying to work out an algorithm for creating the maximum radius circle within an irregular polygon (a census tract) based on a given center of the circle.

The motivation for this is to obscure the location of an individual who has answered a survey. Their actual location is known, however it needs to be obscured in the analysis, in order to release the data to the public, for further analysis.

We want to have a donut shaped polygon for each survey respondent that has some inside radius (easy), bounded by an outside radius that is constrained by the census tract that the individual is in. Their final location will be randomly placed within the donut polygon.

I have seen many answers to similar questions here, but not this specific one, which in this case starts with a SPECIFIC location.

Once we have the donut established, we can randomize the location of the individual response within the polygon. That's relatively easy...

Thanks for your ideas, mine so far have seemed pretty brute force, and computationally "expensive" or inefficient...

Each typically requires just a single command with a GIS, making the entire sequence easily automated and easily carried out manually. These are efficient commands, because they do not require constructing a buffer for each point (which typically creates several dozen to almost a thousand points in order to describe a ring, or annulus). No searching or random trials are needed, either: the points are directly displaced by amounts guaranteed to leave them within their original Census tracts.

For example, I moved 172,902 locations within 47 tracts in random directions by displacements uniformly distributed between one-half the distance and the full distance to the boundary. Here is a part of one tract before the move:

(yellow squares mark the locations) and after the move:

By comparing these figures closely, you can see that

Better methods would make the connections between final and initial location more tenuous and more random. At a minimum, points should be moved within reasonably large neighborhoods rather than within neighborhoods of varying (and possibly arbitrarily small) size. Such movements are not readily carried out with grids, because typically they require some trial and error: you generate a bunch of random points within a neighborhood of each original point and select the first one that lies within the same Census tract. That's a loop involving (1) a random movement and (2) a point-in-polygon inquiry. Both operations are fast, but this requires a bit of programming to implement the loop.

(In a comment to the question, I provide links to some studies of methods used to disguise locational data for privacy purposes.)

I just wanted to test out your donuts in PostGIS

I tried it on PostGISonline.

To do the same test you go to: http://postgisonline.org/map.php

There is some polygons called "property" print:

Then you can test the donut-code by copying the below to the textarea and press "map2" (then the property-map will remain): 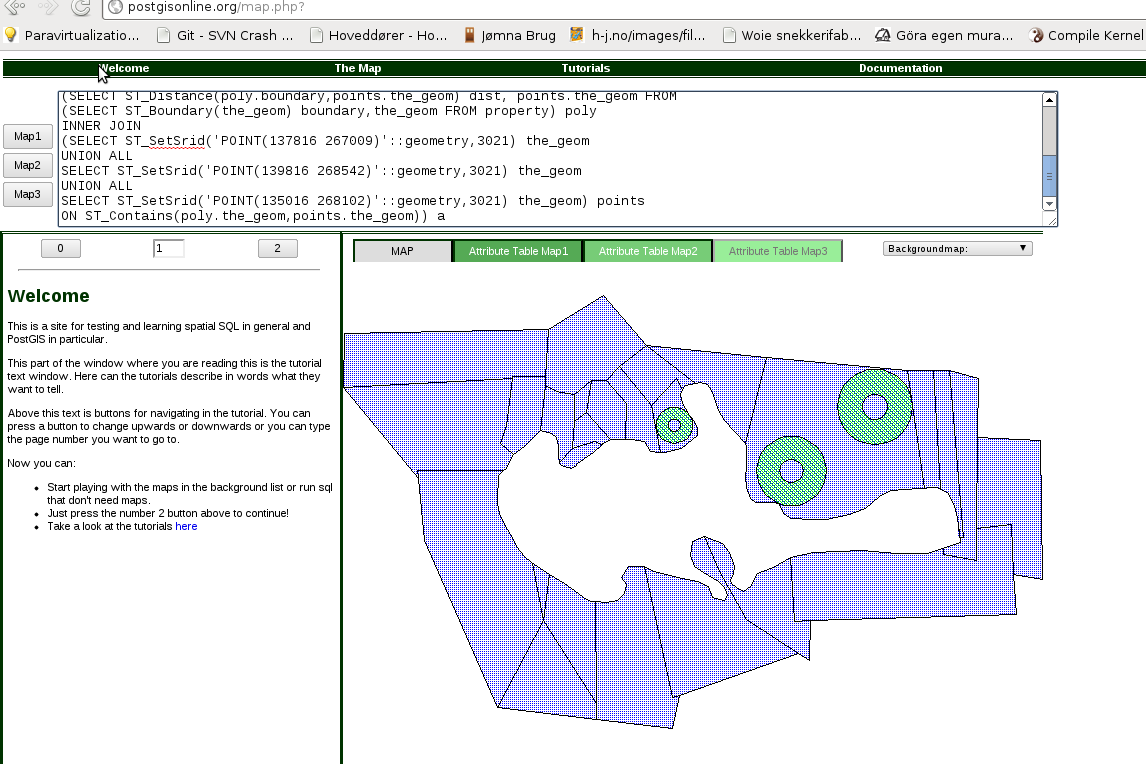 Hopefully this Python solution will help you out. The general workflow is as follows: 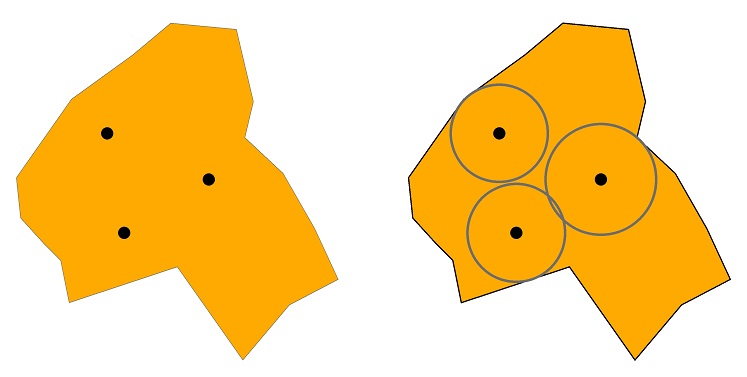 Not the answer you're looking for? Browse other questions tagged polygon circle or ask your own question.

21
How can I generate irregular grid containing minimum n points?

5
Transform polygon to equivalent circle, QGis
3
Finding a point inside a polygon based on maximum value of a specific field
0
Create a circle polygon in GMaps.Net?
2
Leaflet: Capturing points for features inside circle
3
Checking if point is inside irregular polygon?
0
How to remove the line from inside the circle? QGIS
2
Removing segment from circle?
0
GeoPandas: Get the maximum length inside a polygon
2
OpenLayers : intersect between polygon and circle not accurate