How does this option work exactly?

To test whether the "Data Driven Scale" option works I did the following at 10.1 SP1 (but you should be able to easily do the same test at 10.0).

I started by creating some test data using a Queensland coordinate system.

First I opened a Blank Map and used the Search window to locate and open the Create Fishnet tool into which I entered the parameters below. 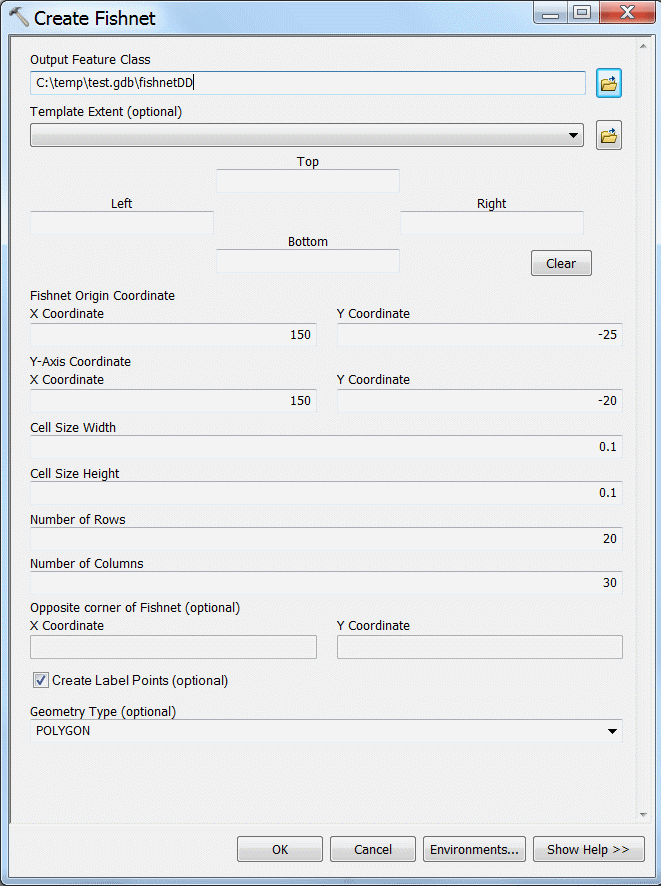 I then used the Define Projection tool twice to assign a coordinate system of Geocentric Datum of Australia 1994 to both the fishnetDD and fishnetDD_label feature classes.

I added these to my map and set the coordinate system of the Layers data frame to be GDA 1994 MGA Zone 56 - I figured if I was going to be using scales read from a field it was sensible to be working in a Projected Coordinate System.

I then added a field called ScaleOfMap as a Double and worked out by zooming in and out on my map that if I used the Field Calculator to multiply OID by 5,000 I would arrive at values for ScaleOfMap between 5,000 and 3,000,000.

I added a second field called NameField (Text,10) and used the Field Calculator with the Python Parser to concatenate the string "Page" with OID:

Next I used Set Up Data Driven Pages to make the settings below. 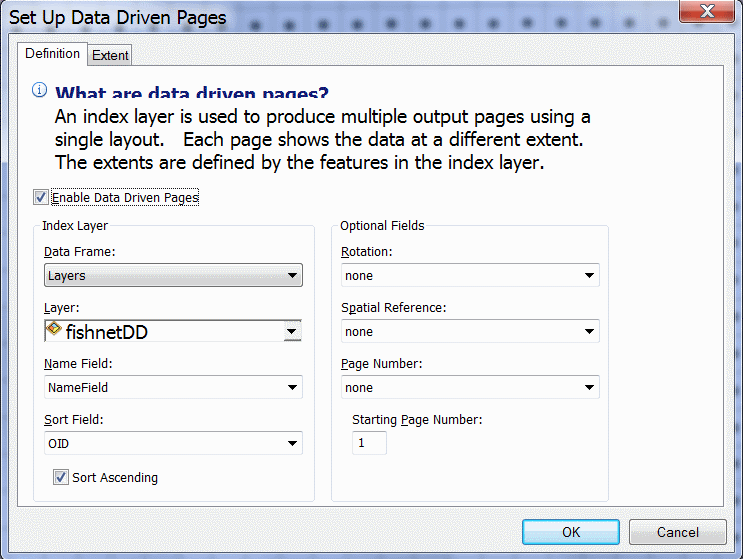 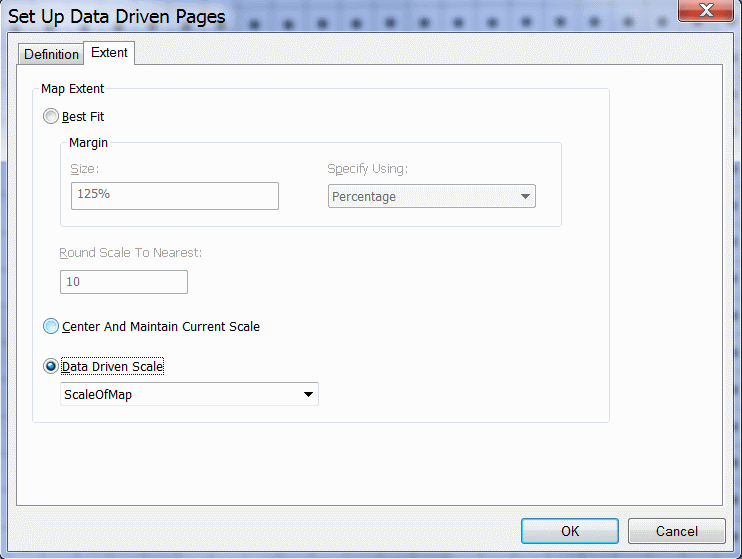 However, I use DDP a reasonable amount and have not yet needed to use that.

I find a much better way is to just let the polygons in my Index feature class set the extent of each page i.e. there is no need to use any settings on the Extent tab.

Not the answer you're looking for? Browse other questions tagged arcgis-desktop arcgis-10.0 data-driven-pages or ask your own question.