Why is osm road data showing up with lines radiating from a point?

My openstreetmap data has artifacts that I can't seem to get rid of. It is showing the roads underneath the artifacts so I know that the query is working at least partially.

The data is from geofabrik.de for the D.R./Haiti region, downloaded via the .bz2 file into a PostgreSQL database as per the instructions here: http://wiki.openstreetmap.org/wiki/Osm2pgsql.

I'm displaying it in TileMill via the query: ( SELECT * FROM planet_osm_line WHERE "highway" IN ('motorway','trunk') ORDER BY z_order asc ) AS route 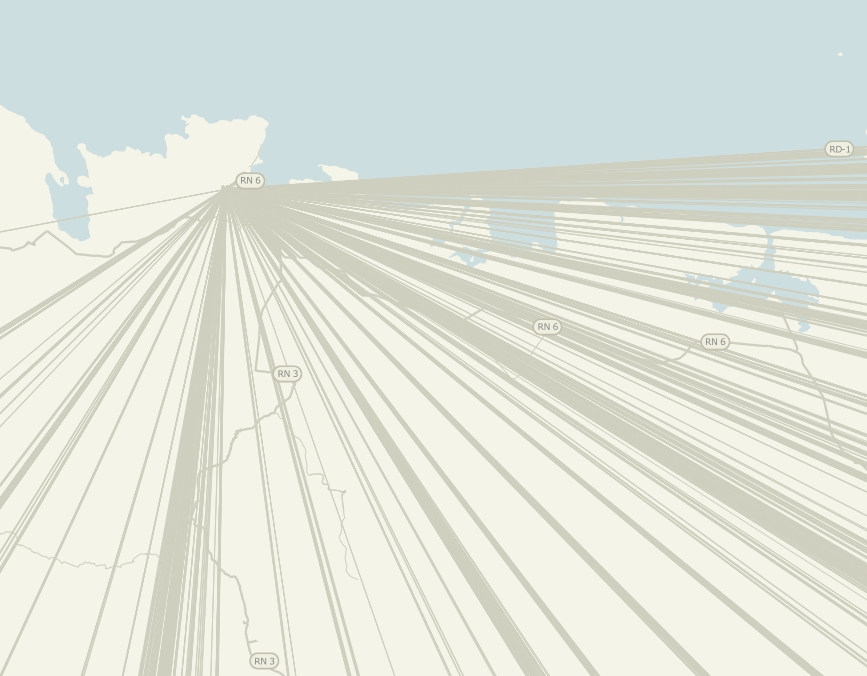 Are you using a osm2pgsql version that is able to handle 64-bit-IDs, and the PostgreSQL and Postgis version it is build against? There are some strange errors in OSM data handling since the node IDs have cracked the 32-bit limit.

You could try the older CC-BY-SA Version from http://download.geofabrik.de/osm-before-redaction/central-america/haiti-and-domrep.osm.pbf, but you have to translate that to .osm format with osmconvert before feeding the data to the Postgis database.

Not the answer you're looking for? Browse other questions tagged openstreetmap tilemill or ask your own question.

3
Print City Map in High Resolution with TileMill (OSM Data)
2
How to style ways with CartoCSS depending on a relation property (OSM)
1
How do I display my roads in Tilemill?
2
How to spatially join OSM point to road data?
0
How to create a (offline) custom map from OSM data?
3
How to tell if a geo-point is on a road
1
Importing road graph from OSM file