I'm looking at the coordinate differences between Google Maps and OSM. I'm a noob in the technicality behind GIS.

I'm not sure whether is it because of #1 or #2 that causes the difference for the same coordinate that appear few hundred meters on the projected map.

And the differences between the data stored and the projected map when using lat/long.

This may be more specific to China and the infamous offset issue.

Having entered the same set of coordinate in OSM, it gives me the Shanghai Art Museum is about 400M away in the NW direction.

I don't understand why a physical point in space is different on the projected maps? Is this specific to China?

If you look at the various data sources , you will see that OSM matches very well with Google's Satellite View.

You can check it with this excellent tool from GeoFabrik. Just mouse over various locations, and you will also see the mouse location on the other map.

But when you check Google Maps, and the Google Satellite View, you will see that they do not match.

The best way to observe this, is to open up Google Maps in Hybrid view, where you will see a clear shift between The satellite view and the Roads Layer.

So it is Google Maps, that on purpose are showing incorrect maps.

As to why this is happening, only Google can give you the authentic answer, but my experience says that this must be to meet the statutory requirements of Chinese laws.

A brief reading of The Google forums shows that this issue is well known. For example see these posts:

More reading indicates that this is done because of the laws of China. See these Blog Posts.

I have seen that this offset has been attributed to the fact that China uses some other projection. This is utter nonsense.

There are many countries that have their data in other projections as well as datums other than WGS84. Web maps in these regions appear correct, and show no mismatch.

It is hard for me to believe that organisations such Google, Microsoft(Bing maps), Apple & Nokia (Here maps) are stopped in their tracks by a simple datum transformation or projection transformation, when the code for that is easily available in Repositories such as

Further more, when Chinese services such as Baidu can show a correct map, and Foreign services cannot, it indicates that the issues are not just techincal 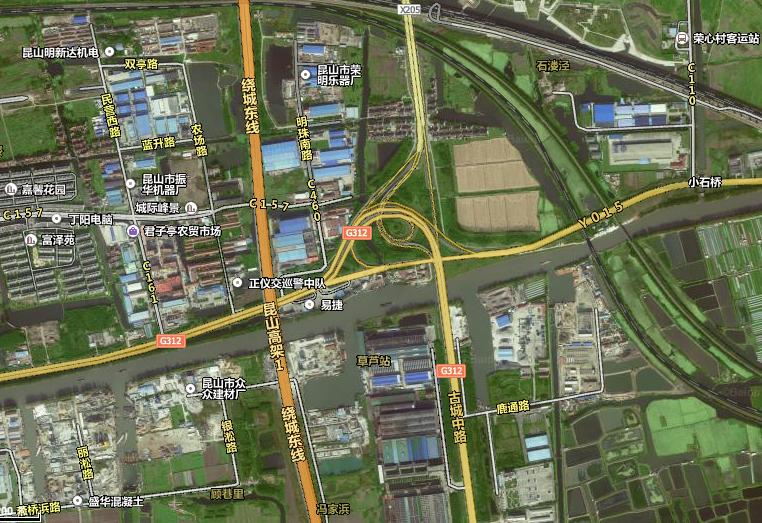 Not the answer you're looking for? Browse other questions tagged openstreetmap google-maps coordinates or ask your own question.

215
EPSG 3857 or 4326 for GoogleMaps, OpenStreetMap and Leaflet
23
What causes the GPS offset/shift in China?
4
How to adjust the difference between the coordinate from OpenStreetMap and Google Maps
4
What projection system is used in China which is aligned with WGS84
1
Why does my phone's GPS suffer from "urban canyon" problems in Beijing but not New York?