Where can I find more details about rasterFunctions?

I have published an Image service with ArcGIS Server 10, containing the results of an interpolation operation. The Image which is returned from the service is in greyscale.

I wish to render it with a stretched color ramp, with the following properties: 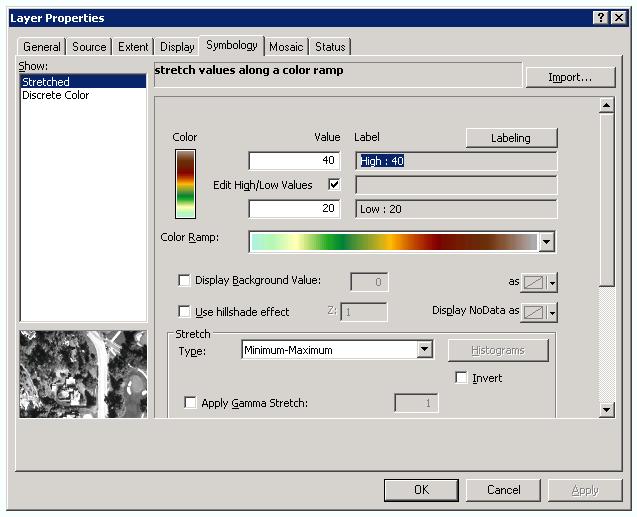 The RestEnd Point API, mentions that a rasterFunctions Parameter has to be given as a renderingRule, for the Export Image Operation. The given samples for the rasterFunctions are very limited, And I haven't been able to create a rasterFunctions which causes any noticeable change in the exported output.

This is the main ESRI page

And this is a Github page with more info

Not the answer you're looking for? Browse other questions tagged arcgis-10.0 arcgis-server arcgis-rest-api image-service or ask your own question.

0
Where can I find geodata for the Russian терсон-мо or терсон-ате census units? Or: can osm_admin polygons be linked to those?

6
Annotation features containing both GraphicElement and TextElement objects not drawing in ArcGIS Server map service?
3
Exporting image from ArcGIS map service where bounding box wraps?
3
Can ArcGIS Server be called ArcSDE? I'm confused about terminology
1
How can I find points inside a polygon in ArcGIS server?
2
Where can I find/buy Civic Address Data for all of Canada?
1
Creating layer where more attributes are presented
1
ArcGIS Javascript Legend widget does not show full color ramp
0
ArcGIS Server REST API: at which URL can I acquire a token?
1
ArcGIS REST API find features which contain given point