Why does map display like it is in Isometric when everything is in EPSG:4326?

I'm beginning with GeoServer and try to display a map of my country (Belgium) as an OpenLayers map (embedded into a MapPanel object). I've downloaded the municipalities limits from gadm.org and copied the file into a PostGIS database (using the tools provided in the GeoServer package). I guess it is a projection issue, but I don't get why since everything is in EPSG:4326.

Here is my code:

Here's a screenshot of the generated map: 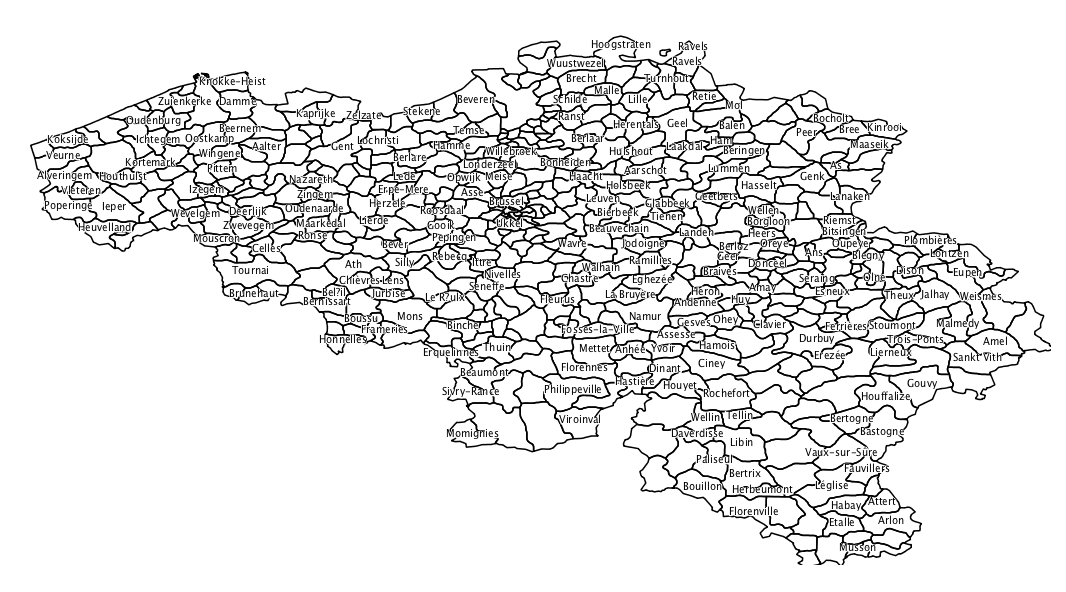 Here's how Belgium should be:

A map served by Geoserver as EPSG:4326 and displayed in OpenLayers with this "projection" will look distorted. The units of measure in a EPSG:4326 is degrees, so what you are looking at are an unprojected map.

You'll want to make Geoserver reproject your WMS to eiter EPSG:900913 (or whatever EPSG-code "web/spherical mercator" has nowdays) or a local system that covers Belgium (WGS84 UTM Zone 32N perhaps?)

Geoserver does reprojection on the fly, and supports a wide range of projections, so I would suggest trying to change your layer definition to

(sidenote: While libraries like Leaflet and Google Maps makes things easy for developers by letting the user deal with coordinates that are exclusively EPSG:4326, OpenLayers does not. The projection-param set in the layer definition is sent as-is to geoserver)

Not the answer you're looking for? Browse other questions tagged geoserver coordinate-system openlayers-2 belgium or ask your own question.