How to convert KML with tracks to Shapefiles?

I downloaded a KML track from Google Latitude. The service allows to download the tracked route from the user's profile providing a link such as:

I would like to convert the .kml file into a Shapefile. I am running Ubuntu. I am a bit familiar with QGIS and ogr2ogr. Therefore, I tried the following command as usual:

QGIS states "invalid data source" when I open the .kml file as a vector layer.

I also tried Kml2Shp Online without success. It is not able to read any information either:

Furthermore, I found out that Google Earth is not capable of exporting GPX. Google refers to GPSBabel which converts KML to GPX using the following command:

However, in my case it outputs a GPX file without location data.

As a first success I found the website GPS Visualizer. Uploading and converting the file their actually produces a valid GPX file.

Still my question remains to be open:
Is there a command line tool that is capable of converting the file? I do not want to upload the tracking data to yet another website for the conversion.

Not the operating system you want, but BaseCamp by Garmin can read your kml file, and exporting to csv gives a file that can be added with delimited text to QGIS. The data leads to Indonesia.

Unfortunately, KML is not a very strict standard. That means that almost every form of data storage is allowed, as long as it is valid XML. The kml drivers incorporated in OGR, QGIS and others only support the storage format the developer had as example. If you face a huge number of KML files, it might be worth writing a XML parser style sheet that picks the coordinates and outputs them in a simple format like CSV:

I tried to import a .kmz-file to QGIS, containing a GPS-track as <gx:track>-Element. (Track was recorded with MyTracks-App on Android. I only had the .kmz.)

After numerous attempts, using various tools (GPS-Tools-PlugIn, GPSBabel, some online tool, etc.) which never converted the track (i.e. LineString) but only the point features, i remembered that MyTracks offers an import-option as well. So imported the .kmzto MyTracks , exported the track as .gpx and was finally able to import the .gpx to QGIS. Job done.

Here is a brief, illustrated HowTo, just in case someone is interested (sry for german UI):

1.) Copy .kmz to MyTracks/kml on device. 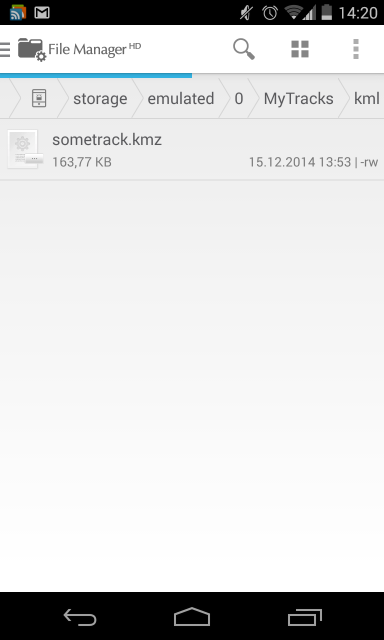 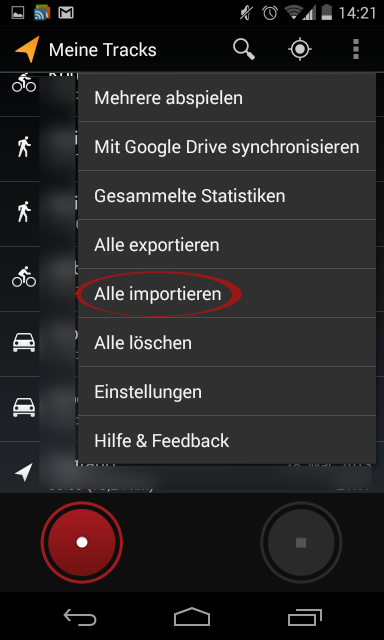 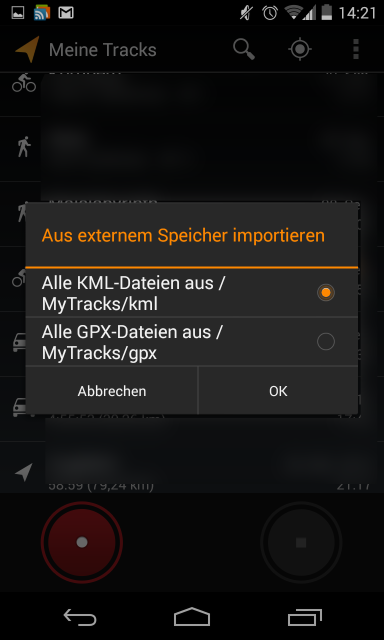 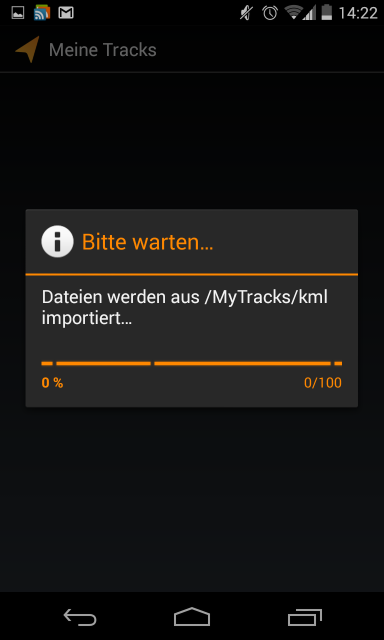 3.) Select imported track and export to external storage as GPX, CSV or TCX. 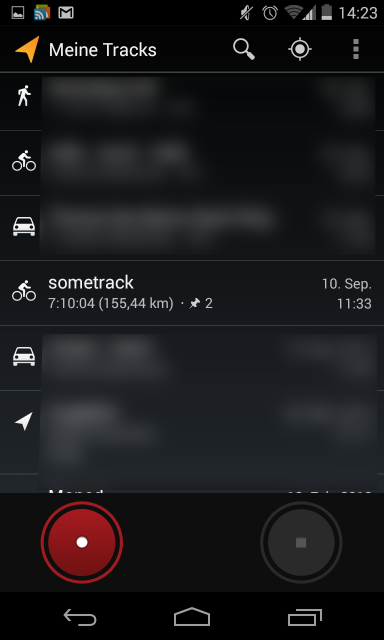 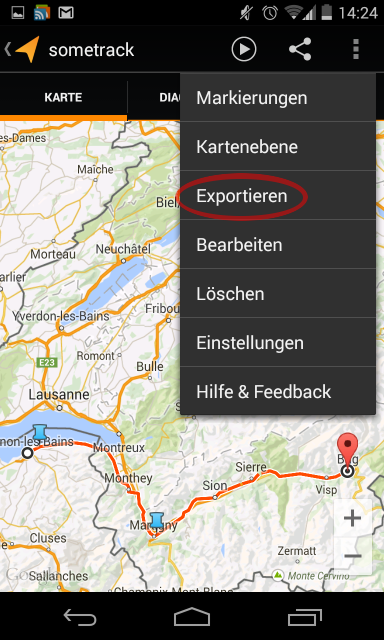 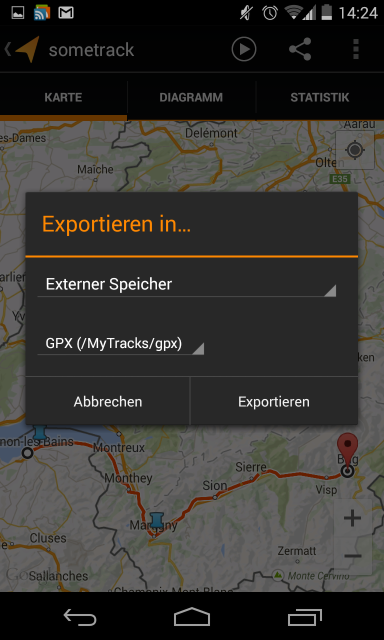 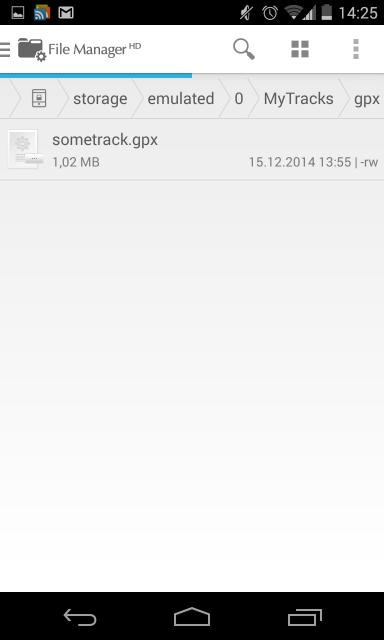 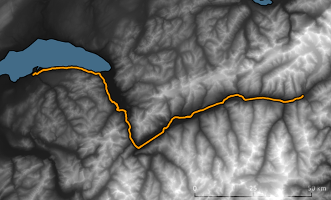 I finally found a script which converts KML to GPX. That's good enough. It is written by ONO Hiroki. All credits belong to him. On request he rewrote the script within one day to match the current format of KML files by Google Latitude. I put the old and current version of the script to the following location.

Hi JJD, If you have QGIS Installed on Ubuntu, you can convert KML to SHP by following these step:(In QGIS GUI, not command mode)

Hope this will help you.

Then select the features (point, lines, polygons etc) select all or individually 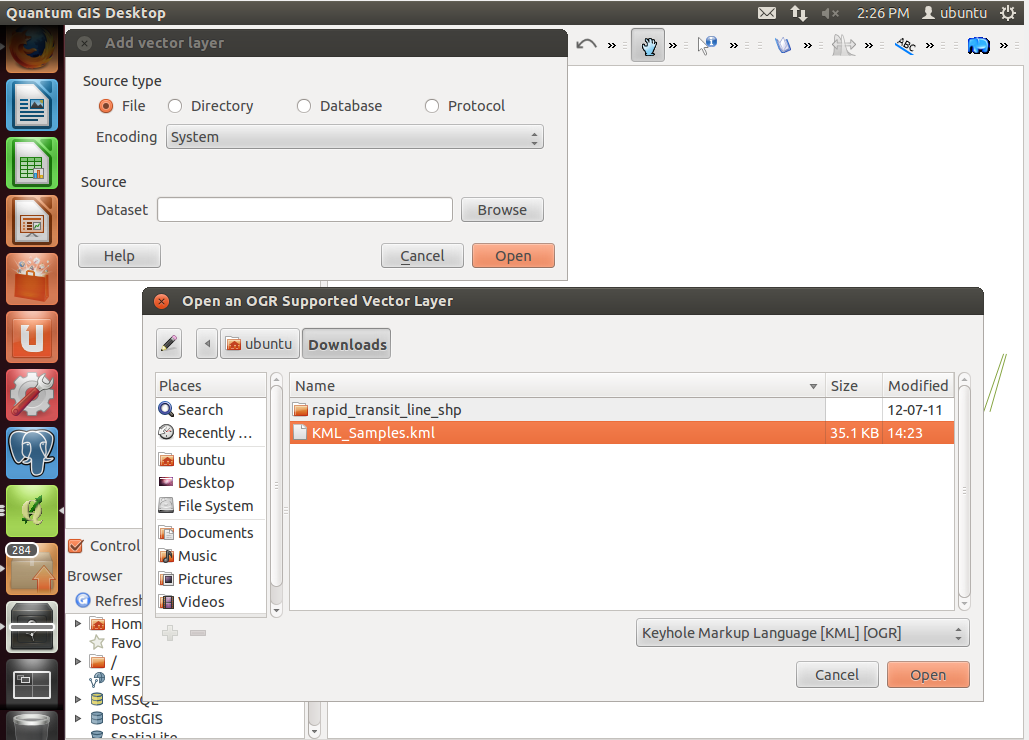 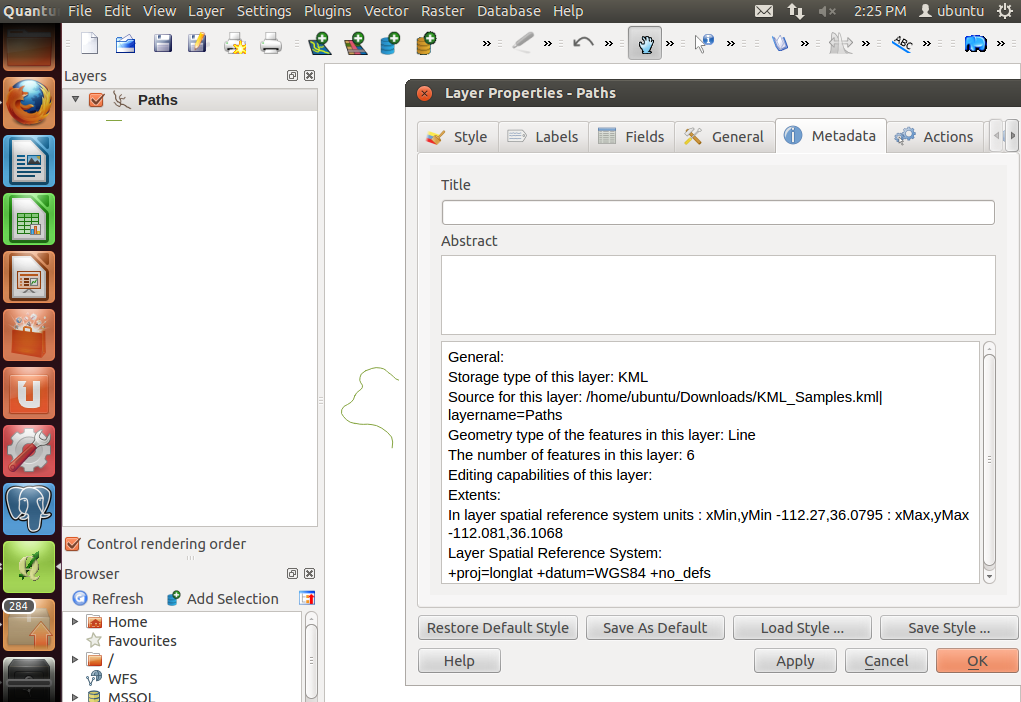 Not the answer you're looking for? Browse other questions tagged qgis shapefile kml google-earth ogr2ogr or ask your own question.

1
Placemark name not shown after converting from .shp to kml using OGR
3
How to create Extended Data for KML exported from shapefile by ArcGIS for Desktop?
7
ogr2ogr : Converting KML to GeoJson
2
Google Tracks convert kml to shape and preserve attributes
2
Can the kml file displayed in Google Earth for Android
1
Kml mime type export
0
Opening KML file from ArcGIS server with GDAL?