Thus for Python Script examples, search for Pyshp Fiona, ogr, gdal or shapely in gis.stackexchange or the internet (many examples, not only in English).)
One of them in French (the scripts and the figures are universal !): 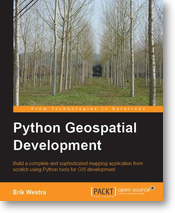 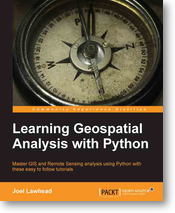 1
Is there a Guide to Translate ArcPy code to GDAL equivalent?
76
Alternatives to using ArcPy
38
Simple thematic mapping of shapefile using Python?
16
Elevation profile 10 km each side of a line
6
Updating Attributes using Pyshp
10
Python Script for getting elevation difference between two points
5
How to install Fiona to read Shapefile attributes with OSGeo4W?
8
better way to duplicate a layer using ogr in python?
7
Checking what changed inside updated shapefile
1
Translating ArcPy Commands to GDAL Equivalents?
See more linked questions

4
ArcGIS Geoprocessing Services - Don't work if 'Run python script in process' not checked
2
Use point shapefile to spatial query multi polygon shapefiles with Python?
1
How to create empty polygon shapefiles with the same field names using python?
5
Is it possible to call FME transformers (or workbenches) from my python script?
0
Drawing map from XY coordinates in CSV and exporting it to JPEG using ArcPy?
1
Problem intersecting shapefiles with OGR in Python
5
Removing polygons based on size of polygons in Python without using ArcPy?
1
Dissolving polygons based on multiple attributes with Python (shapely and fiona)?
1
Stand alone Calculate Field script using Code Block for IMG Raster in Python