How can I turn islands into individual features in QGIS?

I have what seems like a pretty straightforward task in QGIS: I have a shapefile that, in some cases, groups multiple separate landmasses into a single feature. For example, the Hawaiian islands are all one feature. How can I split those up into multiple features? This seems like it should be easy but it's proving impossible.

Using the "Split Feature" tool doesn't do anything when I try to draw a split line between the islands, or surround one of them. The "Singlepart to Multipart" option in the vector tools might do the job, but it's not selective, it just splits up EVERY multipart feature, when I only want to split up a few of them.

How can I pick a polygon that's one part of a multipart feature, like a single island in a chain, and split that out as a separate feature?

As geoKevin said look got Multipart to Singlepart in the Vector menu. 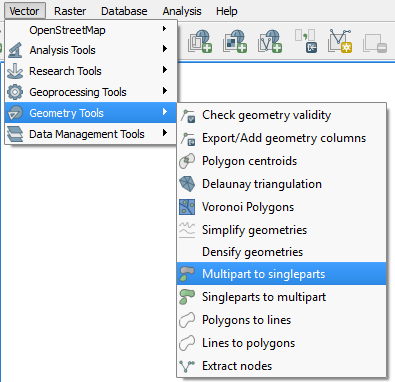 I found a script on the osgeo forum that will explode any selected multipart features to singlepart in QGIS 1.8 (I assume it will still work in current versions).

Credit for this script goes to Alexandre Neto, the author of the first message at that link.

Turns out the author posted the same thing here on GIS SE, and was able to turn the tool into a plugin.

As has been suggested Multipart to singleparts is what you are looking for. In order to selectively apply it to some features, you may want to check the field "Selected features only" 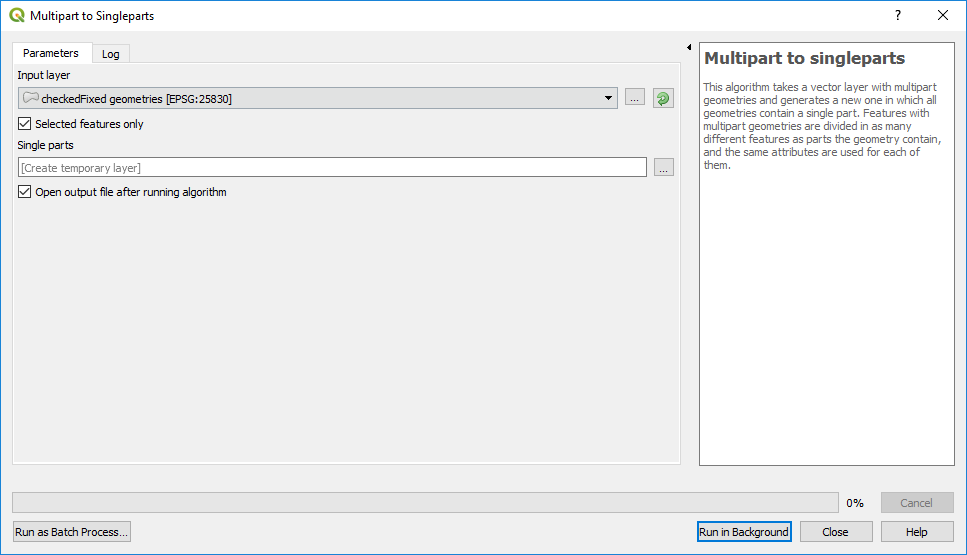 (be sure to have some features selected first).

Not the answer you're looking for? Browse other questions tagged qgis features splitting or ask your own question.

9
How to transform a selected multipart feature into singlepart features while editing in QGIS?
0
How to export qgis as a kml file?

9
How to transform a selected multipart feature into singlepart features while editing in QGIS?
2
How to split multiple lines into equal parts or overcome split tool limitation using Basic or Standard license?
3
Splitting up selected islands using ArcGIS for Desktop?
2
Splitting layer based on ID
11
Is there a "Merge Parts" tool in QGIS?
3
Join touching lines in QGIS