I have an unmanned aerial vehicle (UAV, also called a drone) and would like to use it to create a digital elevation model and orthomosaic over a smaller area (10 km2). My platform will be able to produce overlapping imagery with an altitude of around 120 meters (400 feet).

I am however primarily looking for solutions where I can have more control of the process and possibly also set up my own batching processing. Python and other open source tools are interesting.

What are my alternatives?

To solve the problem one needs to transform 2D images of 3D structures from different angles/perspectives into a solid model. This was earlier a manual job, but software allows for automated processes.

Processing can be done locally, through online services or a combination of the two. The software is basically the same, although one will find that local processing allows for more specialized settings.

pix4D is an overall good tool providing exceptional ease of use for inexperienced to more experienced users. In addition to provide a desktop tool it also integrates with a cloud based service. A youtube video introduces the software in a good way. It is a bit in the high end with re to price.

Agisoft Metashape (formerly known as PhotoScan) is available for Windows, OSX and Linux. Agisoft is flexible on the platform side. Having tried it out it produces good terrain models and ortophotos. A feature which lacks on Pix4D is the ability to set up batch jobs. You can also script the processing using a python API.

Drone2Map from ESRI can create orthomosaics, 3D meshes and more. This is not an integrated ArcGIS desktop tool, but effectively a stand alone 64 bit application. On their webpage they state that: "Drone2Map for ArcGIS is powered by Pix4D." Opposed to Pix4D the information provided to the user while calculating is poor. From what I understand this is Pix4D under the hood under a different licensing model.

OpenDroneMap now provides a desktop version, WebODM, which runs fine on a desktop computer. It will let you create good ortophotos, digital elevation models as well as the rest of the products mentioned in the beginning of this answer. Set up correctly the tool can process projects of more than 4.000 images. It is important the computer has enough memory to do the processing. 32 GB or more is advised for projects over 2.000 pictures. You can also find code and more on github.

ERDAS Imagine have an UAV add-in module. Combined it's more expensive than Agisoft Photoscan, but if you're already an ERDAS user it integrates really well. 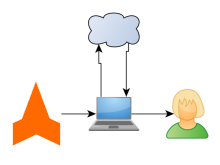 Processing of aerial imagery is resource demanding and will require some serious hardware. Online services are therefore pay-as-you-go or tied to a license.

Dronemapper is an online service where you can upload imagery and have it processed.

Dronedeploy was initially made as a planning and processing framework for DJI drones. It now supports creating maps and 3D models for any drone imagery. One can also do analysis based on the imagery. Produces good maps. Their app is also a marketplace where you can install apps for free.

MicaSense MicaSense Atlas is a cloud-based data platform for processing, storage, management, presentation, and analytics of multispectral data captured with professional multispectral cameras like the MicaSense RedEdge and Parrot Sequoia.

Maps Made Easy is another provider of online processing and data management.

3Dsurvey Is also an option.

pix4D also provides an online processing service for users with a desktop license.

Apps seem to be more and more popular. They usually serve several purposes.

DroneDeploy has an app which has an extraordinary update rate. The app is very flexible and also has an option to use plugins to focus the survey effort. Recent (July 2017) updates fixed issues with image spacing, but at the same time put limitations on the flight speed.

Pix4D Capture provides a stable work tool for collecting aerial images. It is probably the best available. On the downside the app has some shortcomings (unclear exposure settings, accurate control of speed, manual and not flexible way of controlling flight direction, lacking upload of survey areas (only android has this) and more) which should be fixed. It is rarely updated.

Dronelink and Litchi allow programmatically controlling your drone, including flying a structured mapping mission among others. Pricing can be more affordable compared to some of the above, especially for individuals. Dronelink in particular is usable for mapping with the DJI Mini, which otherwise does not allow enough automated control using some of the other apps.

VisualSFM is a software package which in combination with CSVS might be a way to go. A youtube movie on the www.flightriot.com webpage gives a practical example of potential endpoint products. The resulting products are not referenced and as such not useful for GIS work. Visual SFM seems to be a project which lacks momentum. As far as I can see there has not been any development on the software for a couple of years.

I highly recommend Agisoft PhotoScan Pro. It costs about $3500, but they have an academic version for about $500. If you contact them they can set you up with a 30 day trial. It has a lot of options and export formats and is quite easy to pick up and get good results. They also have options for python scripting.

Another opensource option is the python photogrammetry toolbox. It takes a little work to set up but gives good results for 3D output, nothing for georegistration though.

For commercial solution take a look at http://www.3dsurvey.si/

ERDAS Imagine have a UAV add in module. Combined it's more expensive than Agisoft Photoscan, but if you're already an ERDAS user it integrates really well.

Delft University is doing a lot of research into CityGML, one of the upcoming standard formats for visualising 3D building information. They have a viewer and also this tool, to turn LIDAR info into CityGML. So, opensource, and supports a standard. Double win: https://github.com/tudelft3d/3dfier

This package is used for inital structure from motion, camera calibration, feature detection and image orientation. 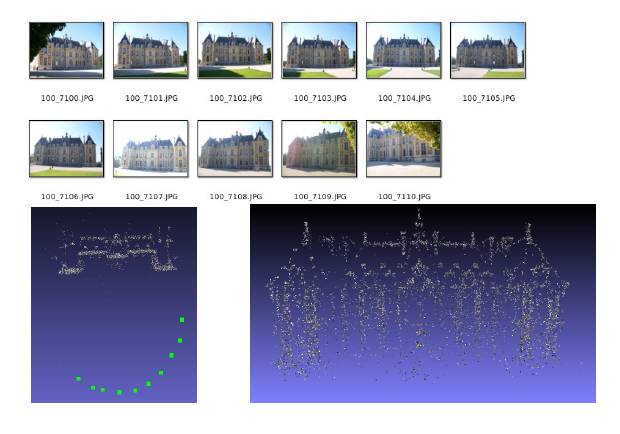 This package is used to generate a dense point cloud, dense textured mesh and a colorized mesh from initial OpenMVG results. 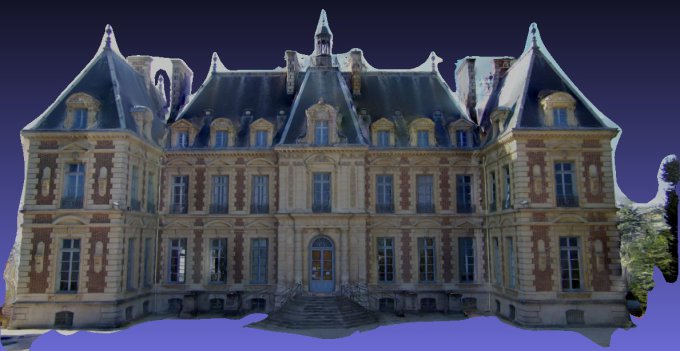 For DJI drones and sensors, you can also try out our free imagery processing tool:

I have used Pix4d many times for creating an orthomosaic, and it is a very powerful software for generating a DEM and orthomosaic, especially for the DJI drones. It is not a cheap software however you can get a trial version for 15 days. Here is the link for how to get a trial pix4d version: https://support.pix4d.com/hc/en-us/articles/202560729-How-to-get-a-Trial-of-Pix4Dmapper-Pro#gsc.tab=0
Moreover you would partially be able to control the processing steps using different parameters. Here is the link for the processing steps: https://support.pix4d.com/hc/en-us/articles/202557759#gsc.tab=0

Not the answer you're looking for? Browse other questions tagged python dem software-recommendations unmanned-aerial-vehicle or ask your own question.