What GIS analysis techniques were used in determining Gale Crater as the landing site for the Curiosity Rover?

What specific GIS analysis was used in determining Gale Crater as the landing site for the Curiosity Rover?

I'm assuming factors such as slope, elevation, ruggedness, etc were used as well as potential for finding water (what determines this).

I'm looking for a journal article (if it exists) or some technical document outlining the processes used for choosing Gale crater over other potential landing sites.

This is just for my own curiosity (pun intended).

The link provided by @Mapperz mentioned that some of the potential sites "were considered at a MSL Project and MSL Landing Site Steering Committee meeting in Dec. 2009 that emphasized discussion of the science merit of the sites as well as landing site safety based on initial evaluation of thermal inertia, slopes, and other first order safety parameters." This was the fourth committee meeting. I searched that particular steering committee meeting and found this article called "The science process for selecting the landing site for the 2011 Mars Science Laboratory" in Planetary and Space Science Journal.

In the article, the authors discuss the criteria used for determining the first 60 candidate sites.

Table 1 shows the "Science Criteria used to guide the evaluate of the landing sites proposed for the Mars Science Laboratory Rover". 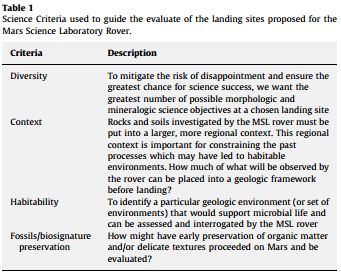 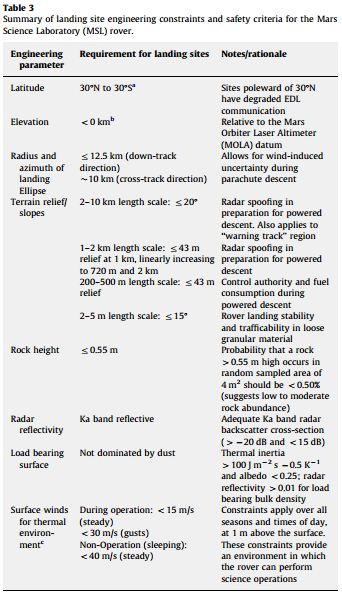 Here is an interesting map of all the potential landing sites. 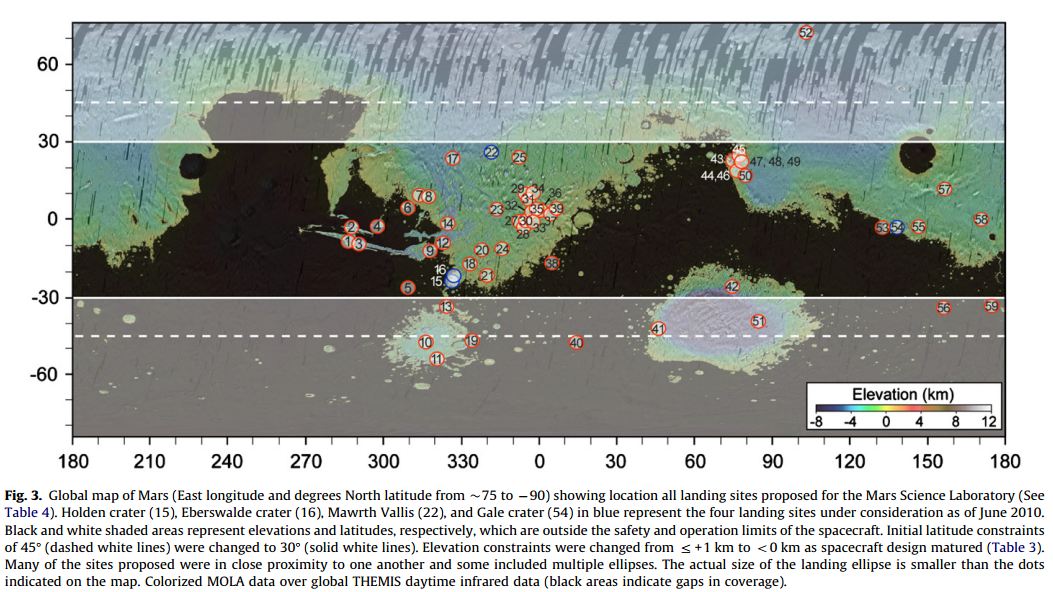 This table shows a summary of the criteria used to evaluate the candidate landing sites at the third community landing site. 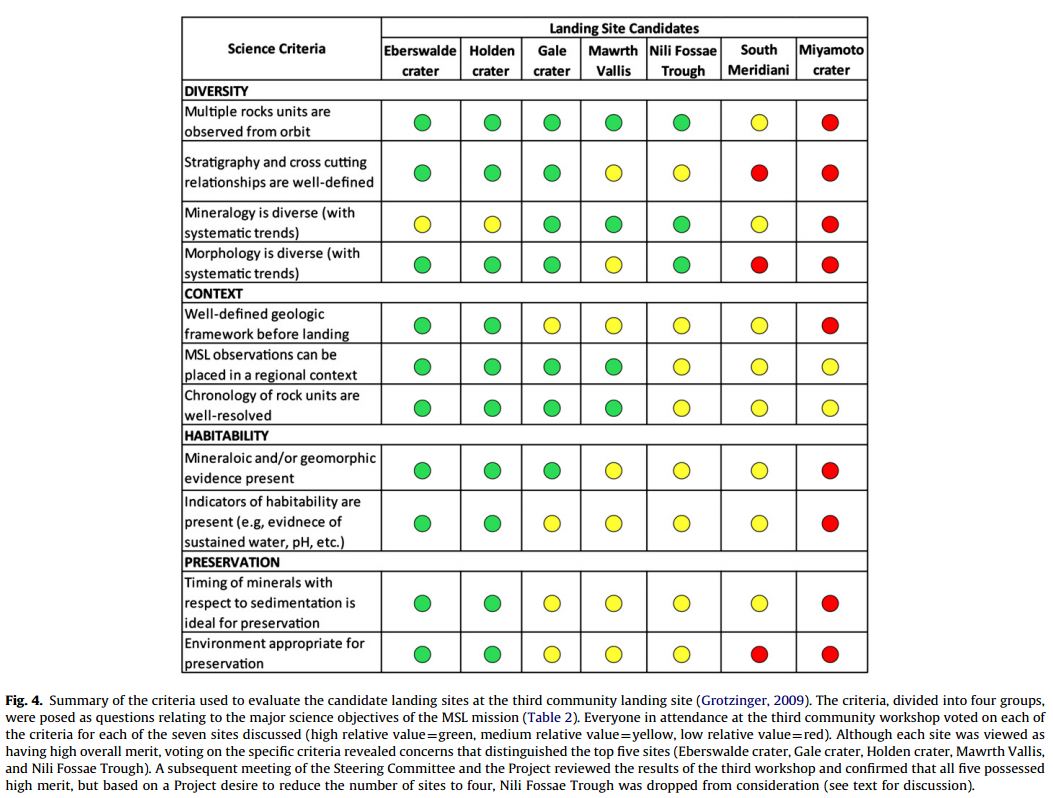 And finally, here are the final four landing site candidates: 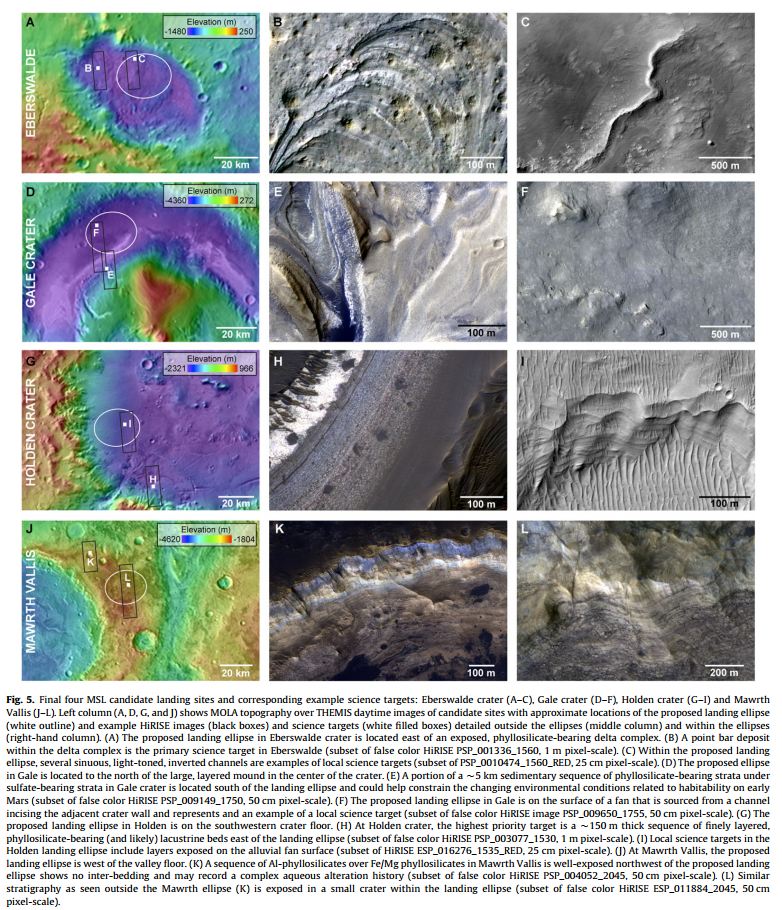 There was a fifth meeting to discuss the final four landing site candidates. And on July 22, 2011, NASA announced that the Curiosity rover would target Gale Crater as its landing site. See this link.

Not the answer you're looking for? Browse other questions tagged analysis exogeography multi-criteria-analysis nasa mars or ask your own question.