ogr2ogr coverting DXF to shapefile, why am I losing part of the feature?

I'm starting to mess around with some of the GDAL toolsets, specifically the ogr2ogr.

I'm working with converting a 2000 ACSII DXF file to shapefiles depending on geometry.

Everything seems to work fine, but I'm not getting the complete feature.

Here's an example of my command:

Now this does create a polyline shapefile with a good amount of data, but I'm losing a key part I need, here's an example of what I need: 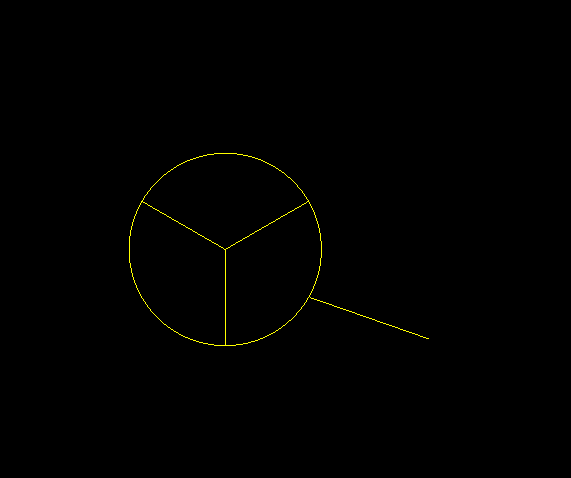 The problem is that the conversion is only giving me the line up to the circle.

Can you think of a reason I am only getting the line leading up to the circle and not the circle too?

FME converts it fine, but I'd rather use GDAL if I could.

Thanks for any help.

It appears your geometry is unknown to ogr. It doesn't see your geometries as one type and reports:

Remove your geometry restriction: OGR_GEOMETRY='LINESTRING' and specify -skipfailures. There appear to be points in the layer that need to be discarded:

It worked for me in QGIS, at least I got the linestring and the pie.

Not the answer you're looking for? Browse other questions tagged gdal convert ogr ogr2ogr or ask your own question.