How to set proportional value in legend?

What you need is not yet implemented in QGIS neither in the stable version (1.8) nor in the master (1.9). But you can use a small workaround to solve that. 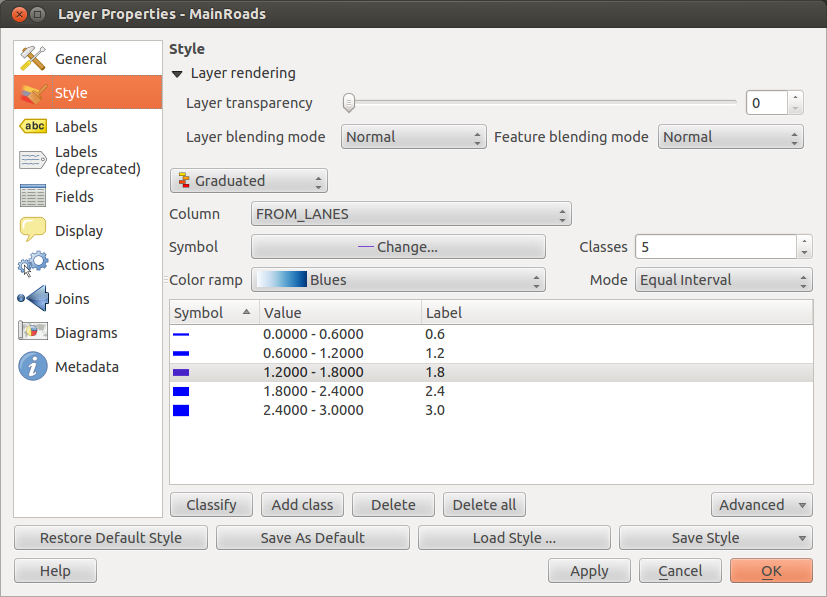 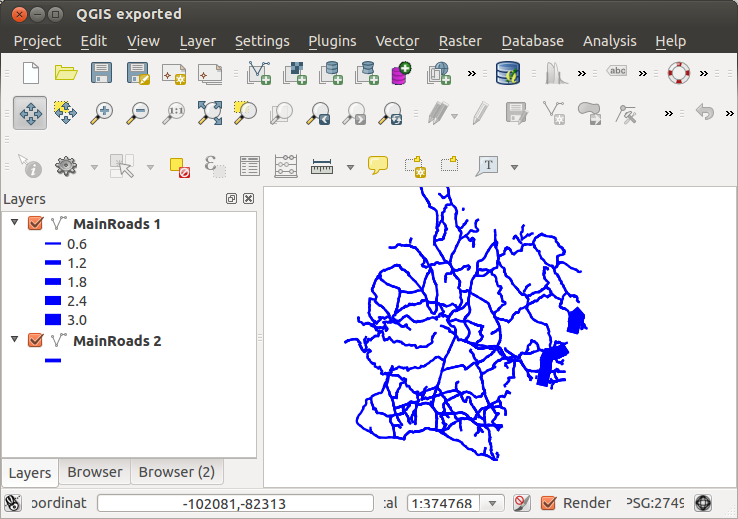 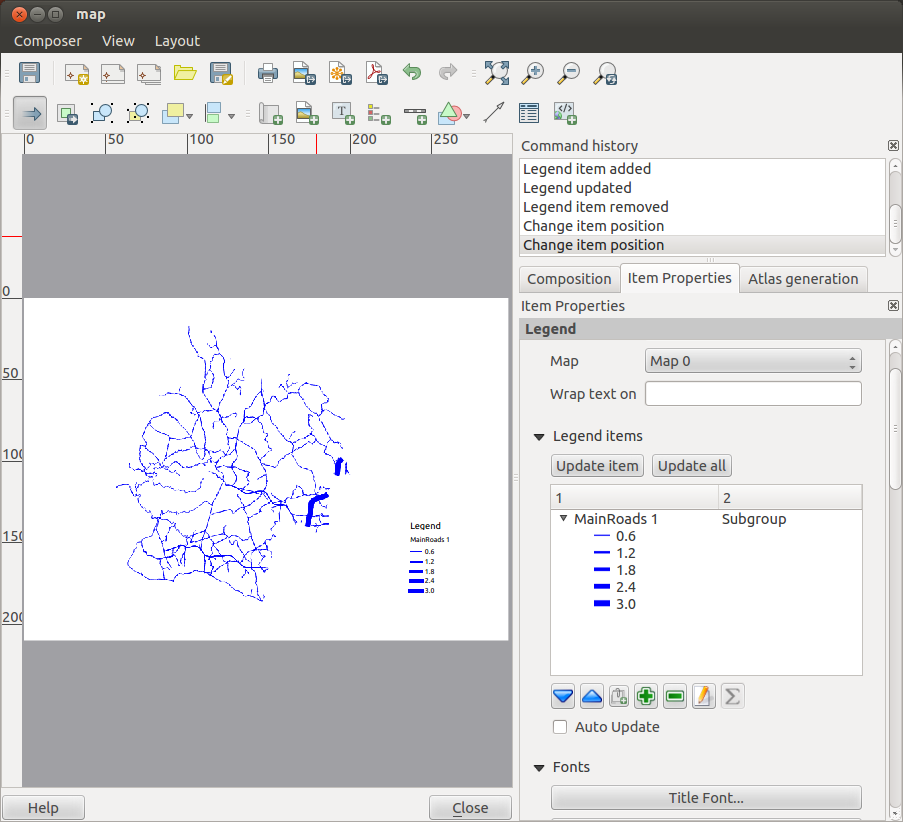 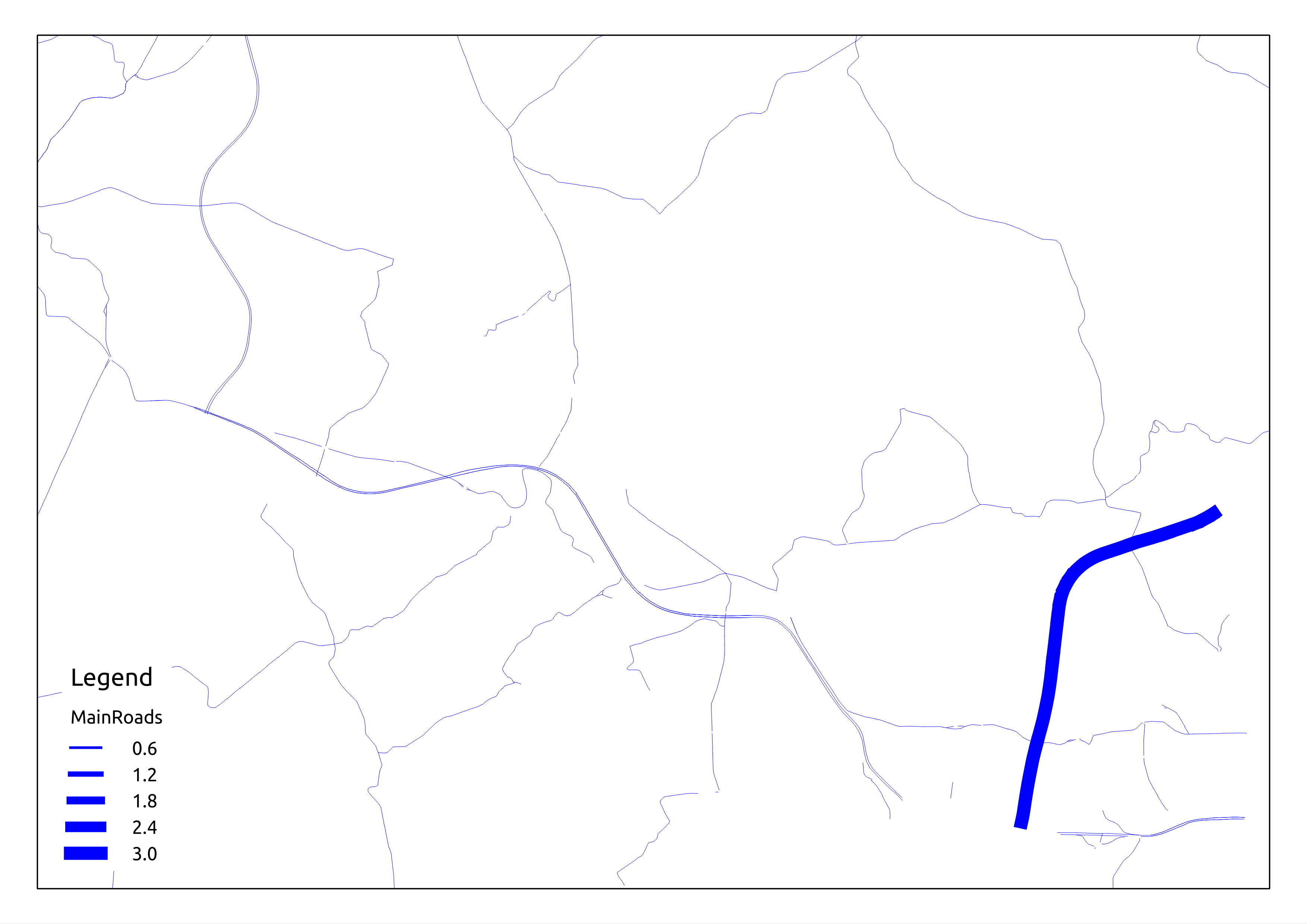 PS: I used QGIS master in the screenshoots because I did not have the stable version installed. The menus are a bit different in 1.8 but I believe this method will work in both versions.

You need to use QGIS 1.9 (2.0) - it has functionality that you need. You can set up 'data defined properties' and if you have for a example a field with the width that needed - you assign width property of the style to this field. See the screenshot: 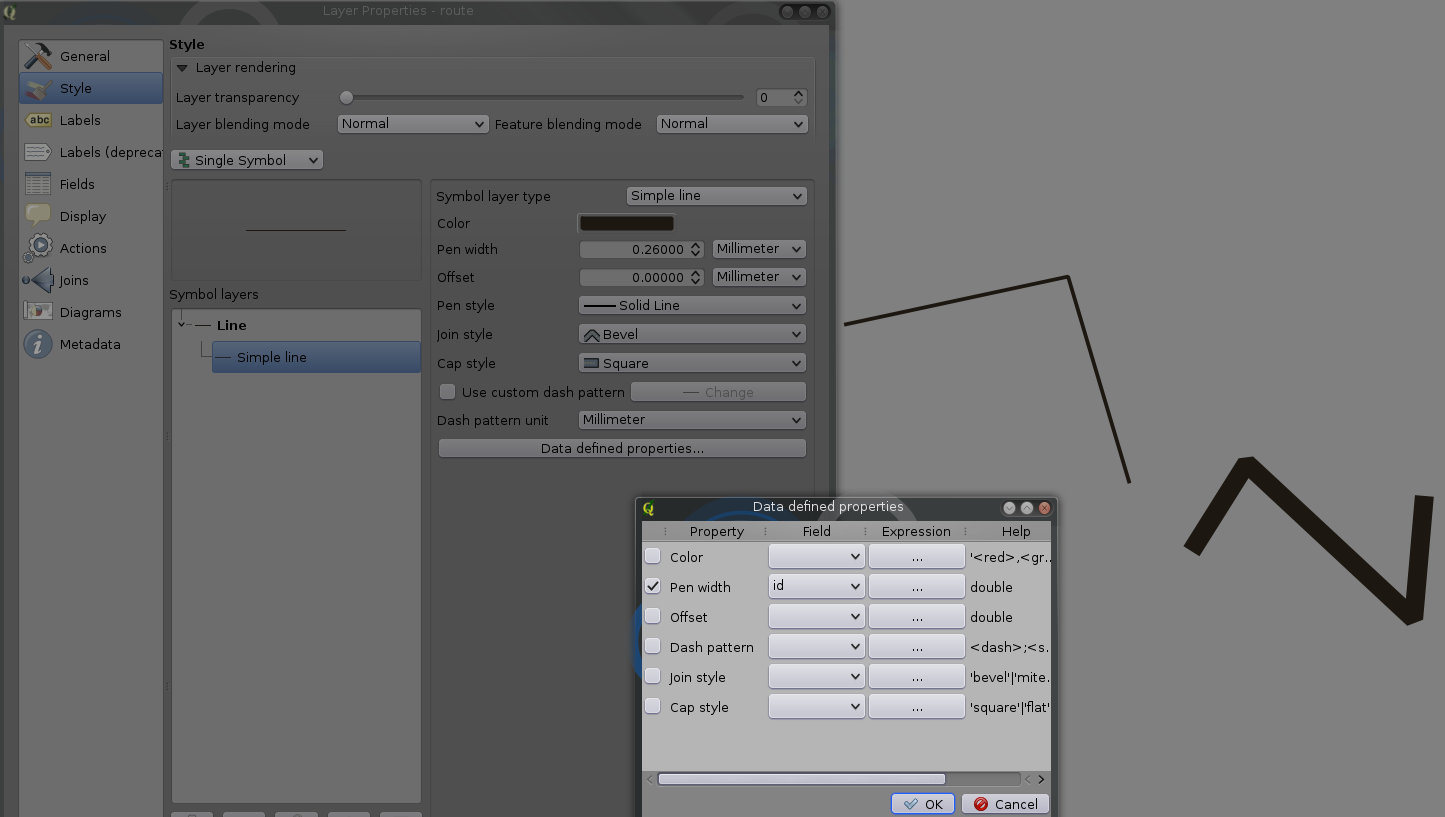 Not the answer you're looking for? Browse other questions tagged qgis legend value-list or ask your own question.

0
How do I style lines to show gradient colors for two attributes?
5
How to remove <VALUE> text from legend in layout view?
0
Proportional Symbols - Custom legend breaks
3
Legend colour with specific value
1
Displaying single symbol in legend for proportional symbol layer
1
How to make combined symbols in the legend in ArcGIS Desktop 10.7
3
QGIS 3 Proportional symbol by expression feature and legend display
1
Display legend/value when hovering over raster layer in QGIS