How to pass distances to Multiple Ring Buffer in ModelBuilder?

I want to use Multiple Ring Buffer in ModelBuilder however I'm not able to pass it 'distances' values. It only accepts one block with a single double value. It's not accepting a list of double values or a string with separated values.

The model is really trivial: 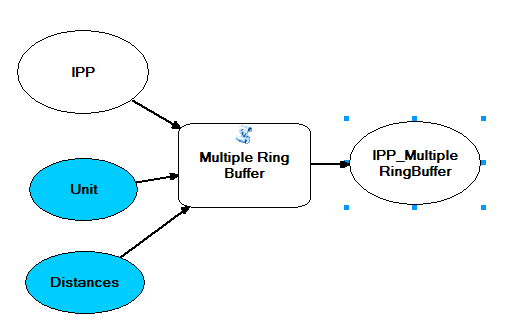 As long as the distances block is a single double value I'm able to connect it to the script, if it's something else, it doesn't allow me to connect it as Distances. The script itself uses convertValueTableToList function on the entered value. However I can't find an appropriate block with ValueTable type.

Assuming your buffer distances are stored in a table like this: 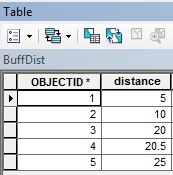 You can use the Collect Values tool in model builder to create a list of values to pass to the Multiple Ring buffer tool.

The sub model iterates through your input table and collects the values and passes them up with acceptable formatting for the Multiple Ring buffer tool. Set the Distance column as the group field in the iterator. 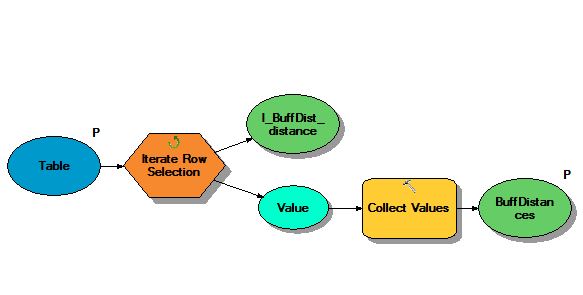