I have a shapefile of world countries that is projected as Azimuthal Equidistant with Chicago, USA as the center. I would like to change the projection such that Edinburgh, UK is the center. One would think that this should be as simple as changing 2 numbers in the coordinate system parameters...

The problem that I seem to be experiencing is that QGIS makes it difficult if not impossible to view the complete proj4 code of a given shapefile's coordinate system parameters.

I think there must be other parameters aside from those shown in the proj4 code of the metadata tab. The only thing I'm changing in the proj4 code is the center of the map, but the change I'm seeing is much more than that. My observation suggests that more than one independent variable is changing.

I would be happy to send my shapefile to anyone who would like to play with it.

I get this picture from Natural Earth world boundaries, and a 10-degree-grid that should span from -150° to 150°E: 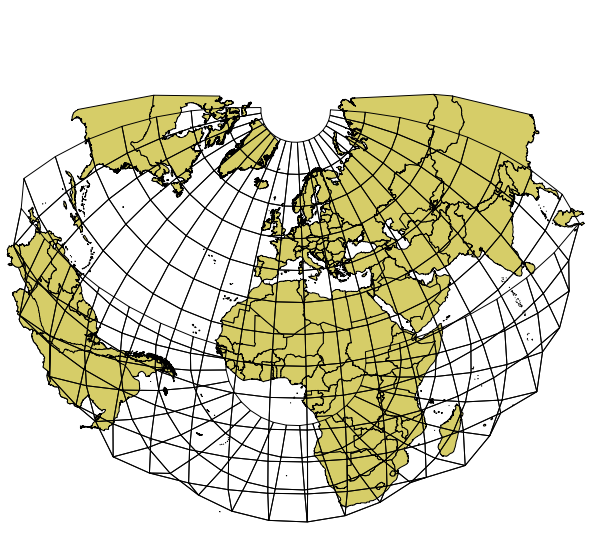 It looks like everything outside of lon_0 +/-90° gets truncated, and parts of the southern hemisphere bended as well.

According to this ticket: http://trac.osgeo.org/proj/ticket/211 proj has a problem with reprojecting aeqd data on an ellipsoid.

A simple solution: use a sphere (and not the default ellipsoid) by defining a radius:

This gives me the following picture: 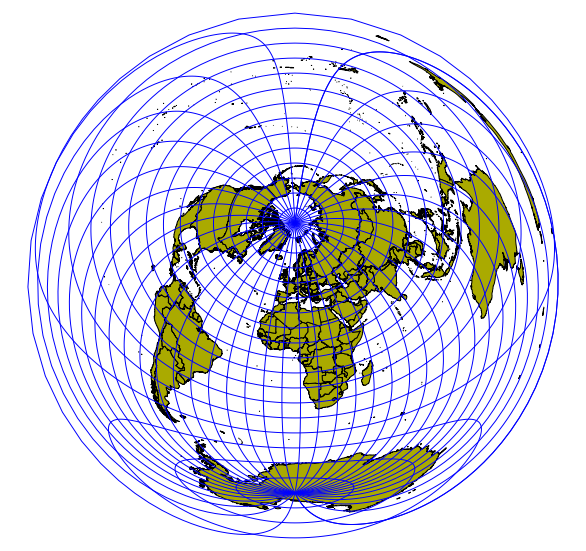