I decided to make an archaeological map about certain tombs distributed in the area of Crete and make some statistical analyses using the spatial statistical tools of GIS. 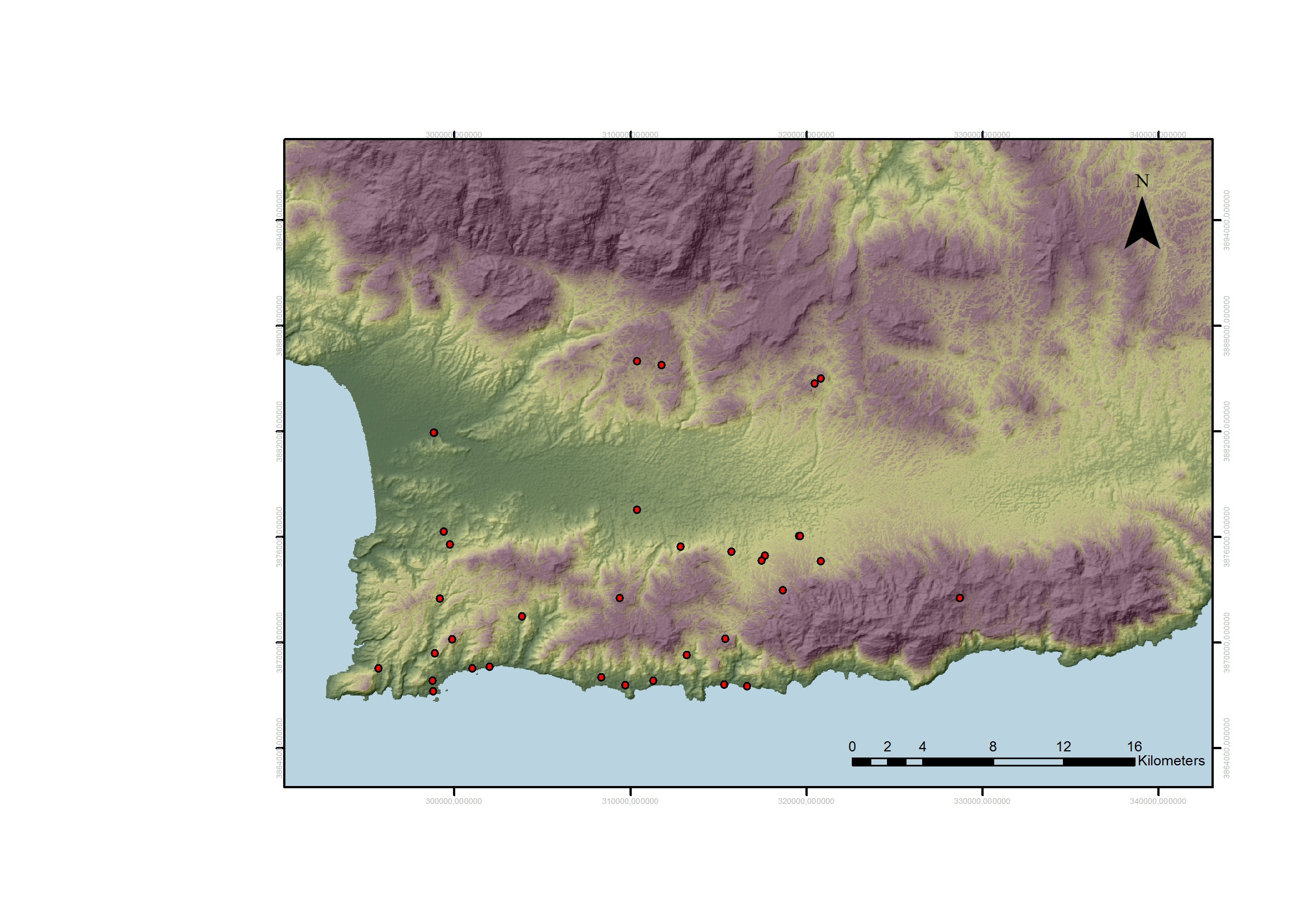 Specifically, I'll be using the nearest neighbor analysis to find out whether they are clustered and a Kolmogorov-Smirnov test to examine their relation to their elevation. I was faced with a dilemma - for several tombs the coordinates were exactly the same. Now this could have happened because they were constructed very close to each other and the GPS did actually capture the same numbers or the archaeologist who did the survey thought he should just take one point for the whole cemetery.

How can I deal with this problem?

Would it be wrong if I performed the test using more than once the same coordinates?

The maximum is three tombs having the same coordinates.

I would just nudge the stacked points off of each other by a small margin. A meter or two shoudn't make a huge difference in your analysis when the relative variables are more likely at the scale of 10s of meters or more.

I can't offer any substantive advice as per the statistical concerns raised in the comments above. However, as an archaeologist and GIS professional I see no problem with simply adjusting the point locations to avoid having them stack right on top of each other. After all, something like a tomb is not terribly well represented as a point anyhow.

Not the answer you're looking for? Browse other questions tagged arcgis-desktop gps spatial-statistics or ask your own question.