I'm fairly new at GIS, but I've run into a problem with a projection of a world map. I have a shapefile of all countries I downloaded from Natural Earth. After projecting it into a orthographic as suggested in How do I project a Azimuthal Equidistant global map into a circle in QGIS?, I changed the lat/long so that the Atlantic would be somewhat in the center.

However, after changing it, the United States, Mexico and Canada disappear from the map, as you can see here: 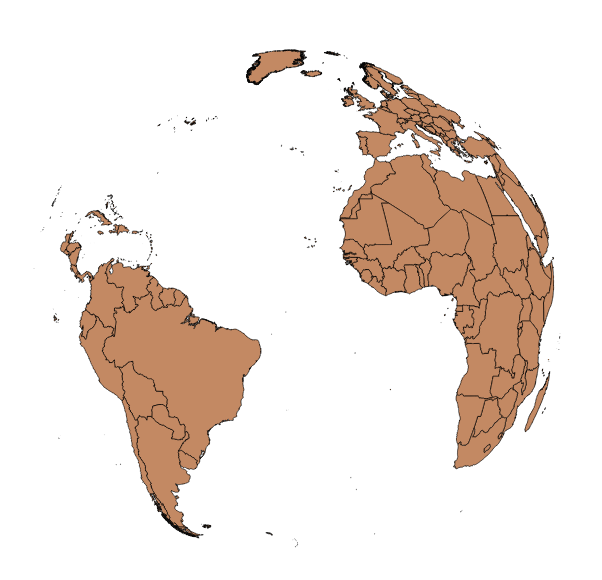 When I reproject the map to a long over the US, the polygons appear again.

The simple reason why QGIS can not draw these polygons is because some of the vertices are on the backside of the globe, and QGIS can not draw a closed polygon with the rest. The GDAL ogr2ogr function in the background is programmed to kick off the whole feature when such an error occurs.

So you have two solutions:

Solution 1: Clip your polygons to the hemisphere

You need Numerical Digitize and CAD Tools plugin for that.

You should get this picture: 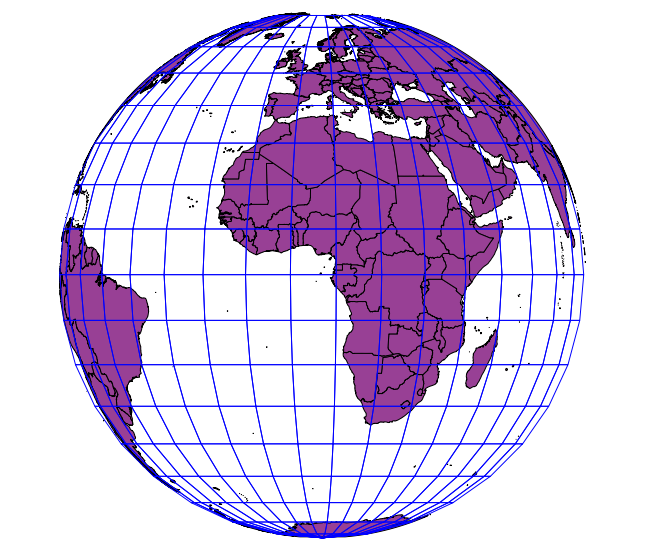 you should see the follwing picture: 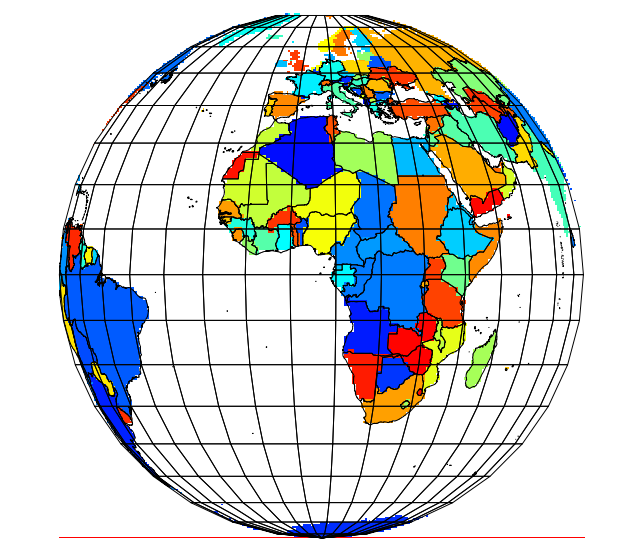 The same method works with rasters, as you can see in my avatar picture ;-)

To get a nice ortho projection centered on a point not on the equator, do the clipping in an aeqd projection with the same parameters as the ortho. You will get this result: 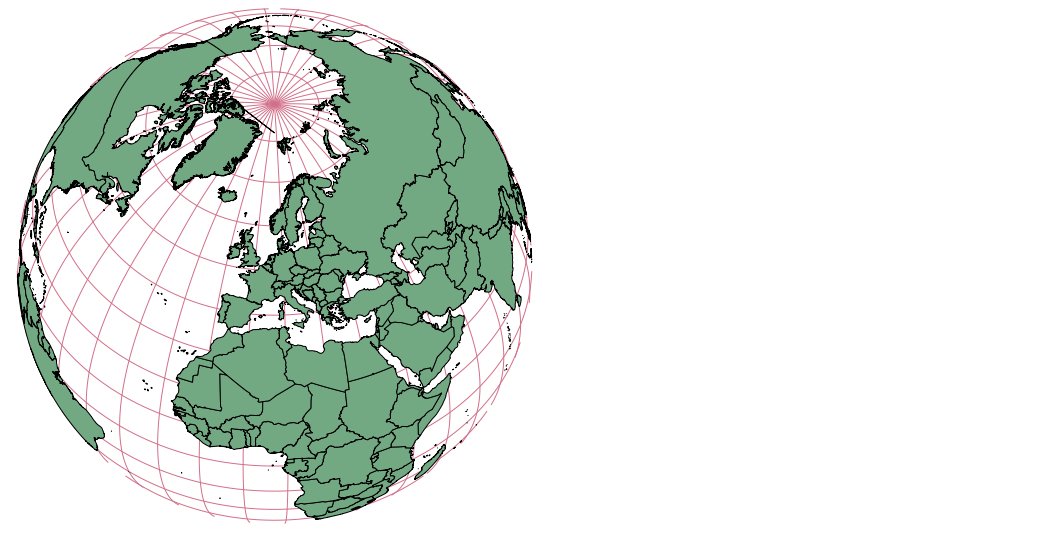 See comment above, they have simply gone to the other side of the globe. the polygons of the countries are still there but are not visible unless the globe is spun. i am not sure on how you rotate the globe in this circumatances and mapping is generally 2 dimensional (countours etc excluding).

I would set your CRS to the country in which you want to overlay data. For instance i would use the Irish grid or OSGB grid, or as stated above the WGS84 Pseudo Mercator.