Im looking to put this map into google maps as custom tiles, but i now learn what projection is and that this map does not use the same format as google's default.

You can create custom projections i read in the API.

I suspect this map uses a common projection, likely the same as this one:

I believe it will likely be this one:

The graticule on the map suggests a conformal conic projection was used, because

I therefore attempted to register a screenshot of the map to a base feature projected using the "GDA 1994 Geoscience Australia Lambert" coordinate system (WKID 3112, EPSG). This is a Lambert Conformal Conic projection with central meridian at 134.0 degrees, standard parallels at -18 and -36 degrees, and meters for the units of measurement. The registration (an affine transformation) has a root mean square accuracy of 3 kilometers. How good is this? Some considerations are:

I conclude provisionally that the original image likely can be registered to the EPSG 3112 coordinate system to within an acceptable error, given the qualities of the original map (and given that the essential features on it are only roughly drawn anyway: their boundaries are four pixels thick, or about 10 - 15 kilometers).

(I had difficulties with registration along the middle of the top of the map and attribute that to a local error in the graticule. Likewise, some of the graticule in the interior of the country may be grossly misplaced.) 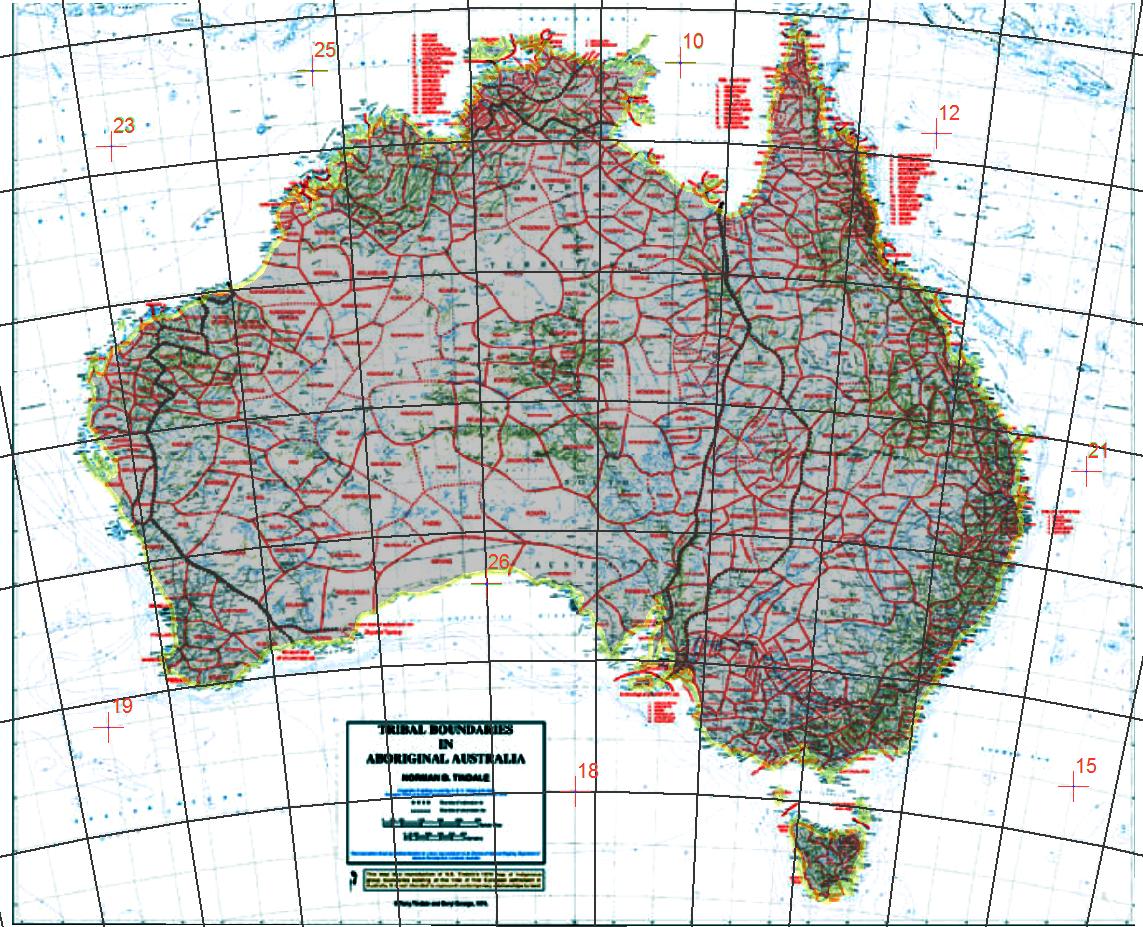 This screenshot of the registration shows a five-degree graticule (black) and a polygon shape for Australia (gray with yellow outline) overlaid on the provisionally registered image of the original map. The red numbered crosses surrounding the figure are registration points: each one corresponds to a whole number of degrees in latitude and longitude and therefore should lie exactly on a crossing of the original map's graticule (which has a two degree spacing).

giving me this picture: 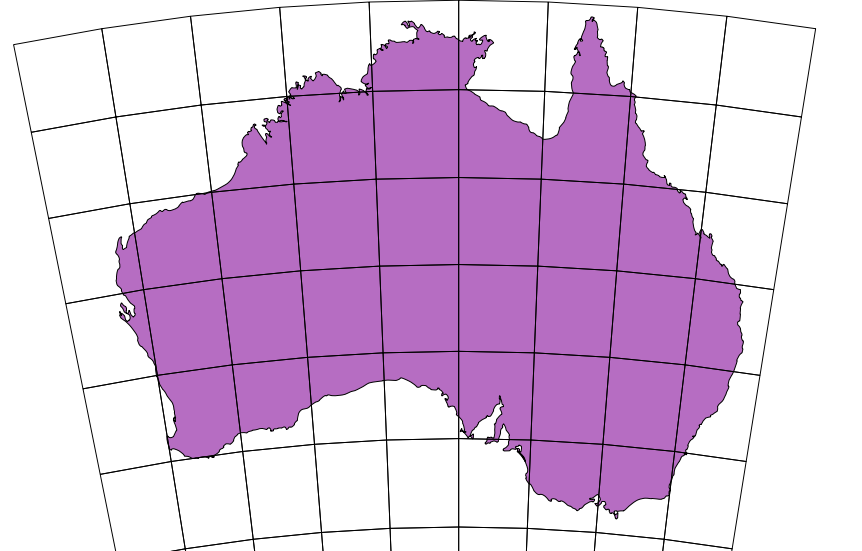 Not the answer you're looking for? Browse other questions tagged coordinate-system australia or ask your own question.

103
Identifying Coordinate System of Shapefile when Unknown?
2
Help me convert this US Lambert Conformal Conic Google Maps Projection to Australia

5
What is wrong with this Proj4 transformation?
4
How to convert the file with projections in meters to Lat-Long in QGIS ar Erdas Imagine?
5
How to set Scale Factor for Lambert Conformal Conic (LCC) projection in ArcGIS Desktop?
7
Lambert conformal conic isn't actually conformal?
3
Which CRS would be the most appropriate to georeference a map of Egypt?
7
Scale difference between WGS84 WebMercator and Lambert projection
3
Projection with GCS unknown datum
1
Central meridian in Lambert conformal conic distorting distance?