MapInfo: How to get the population contained within 2 geographical tables

I using 3 different tables which are also geographical objects:

What I am searching for is: What is the percentage of people covered by a certain coverage area in a certain region?

I tried several things but nothing worked, for example with SQL select I tried:

"And I get Incorrect tables are joined. Invalid join condition in WHERE clause."

Hope I was clear enough :s

Few tests I did. I can't understand why the thrid SQL query doesn't work... 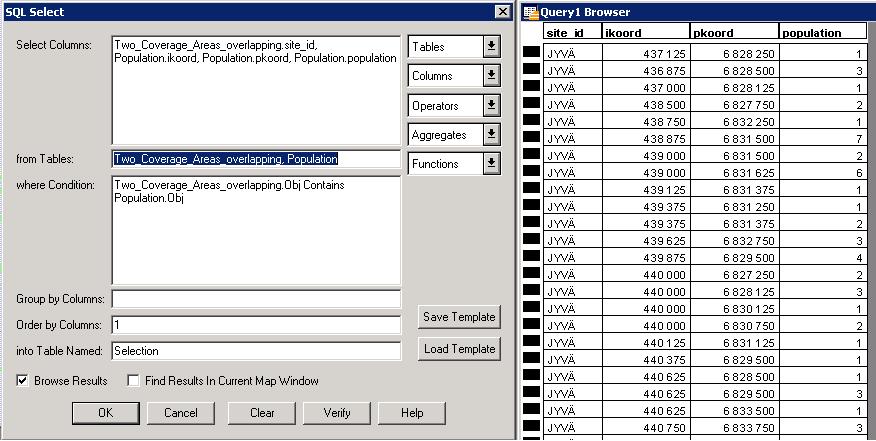 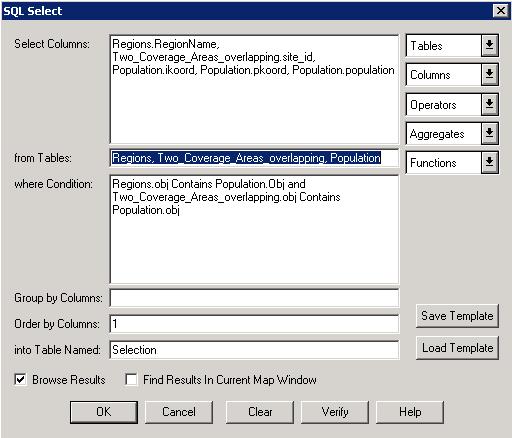 I know you can join at least three tables using alfanumerical values, but I have never tried doing it using a spatial join.

But you need to make sure that your join matches the order of the tables:

The same properly is true if you are using a spatial join:

Not the answer you're looking for? Browse other questions tagged mapinfo attribute-joins or ask your own question.

0
How to plot geographical coordinates in mapinfo?
1
Geographic constraints on tables in MapInfo
2
Does the MapInfo centroid function guarantee a centroid within the polygon?
1
MapInfo Tab Files - Which feature types are contained?
4
PostgreSQL/PostGIS Geom to JSON with Inner Join to another table
1
In MapInfo Professional, how do I get rid of the Search symbol?
1
Sorting tables alphabetically in Mapinfo Professional 10
1
Joining two tables by selection from one table in MapInfo?
3
Changing format of column from character to integer using MapInfo?
4
How does one make and use temporal joins of CSV files in QGIS?