When using the "Merge Divided Roads" tool, it merges roads that "trend generally parallel to one another". This means that from figure one.. It will merge the beginning, where the roads are close to each other (so the result is like figure 2), but not the entire length like I want it to (figure 3). I believe this is because the lines are not parallel enough (the angle between some of the lines are too big). Because even if I extend the merging distance to 300m (which is more than how far the roads are apart), I still don't get the result from figure 3.

Anybody know how to decrease how parallel the lines have to be to get merged? 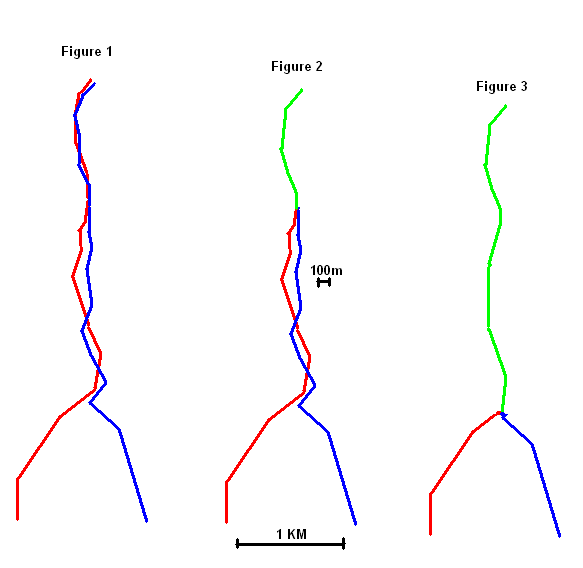 I know this post is a bit dated, but thought I would propose the use of another tool. Integrate allows the user to define an x,y tolerance, and is useful if "You want lines to have vertices wherever they intersect." I'm not entirely sure if it will work for this application but may warrant some investigation.

Not the answer you're looking for? Browse other questions tagged arcgis-10.0 arcgis-desktop generalization parallel-lines or ask your own question.

5
Tracklogs to single line OR several lines to one line?