My bigger problem is to convert a raster map to polygons. I've found some questions that give info and I'm trying to use GRASS GIS as part of that. However, I'm having some basic problems and I can't find the solution in the manual or tutorials. If someone can point me somewhere helpful that would be great.

I'm using r.in.gdal to import a tiff file (following this post How to convert image of map into vector format?) of this image

It imports the tiff (which I created in Gimp) as red, green and blue bands. Now I'm trying to display them and thin them and here's where the trouble comes in.

When I thin, I'm not sure whether to thin the 3 bands separately or whether to composite them into one map and thin that. Neither really works.

As you can see I'm a newbie and I appreciate greatly any help. I've been able to do a fair job of this with WinTopo, but am trying to see if GRASS can do a better job.

Okay, I used Whitebox GAT (http://www.uoguelph.ca/~hydrogeo/Whitebox/) to solve this problem. Here were my steps:

Incidentally, if you're more interested in the area polygons than the lines (see below), then I can do that too. Just let me know and I'll walk you through that process. 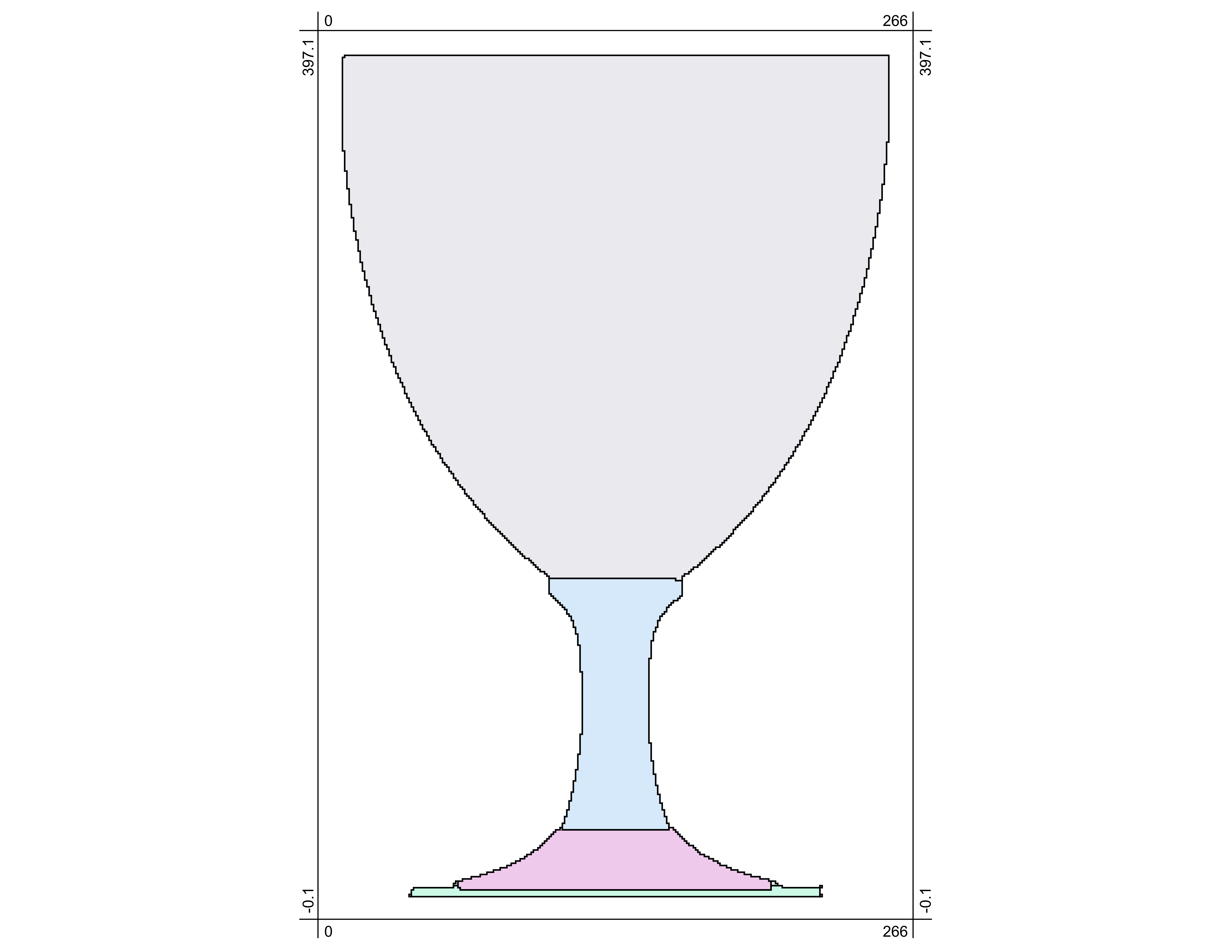 I hope that helps you out.

EDIT: The following is a Python script that you can use to extract vector polygons, as in the final image above. All it really does is call the series of Whitebox plugin tools in a specific order. It's fairly well documented so you should be able to follow the logic. If you need further explanation, just email me offline. The script assumes that the input file is named 'cup' but I've commented the line where you change this. Otherwise, it should be good to run as is. You simply need to open the Whitebox Scripter, ensure that it is set up for Python (actually Jython) as the scripting language, paste the code, save it and run it. You may have to play around with the white-space depending on how well I can format the code in this text box ;)

Not the answer you're looking for? Browse other questions tagged raster grass import display rgb or ask your own question.