Because data.gc.ca is now distributing some of its data in FGDB format (example: Plant Hardiness Zones), I would like to be able to use it with gdal/QGIS. The compile/install is not going as planned, however.

These are the steps I've taken:

The build goes well, but fails late in the package compilation stage, complaining about a missing Ruby 1.9 tree in the fakeroot filesystem:

As this is unrelated to FGDB, it looks like I've got everything else in place. But it also likely means that gdal wouldn't build anyway.

I'd rather stick with the ubuntugis packaging, as Ubuntu/Debian gets difficult with source packages built outside its control.

This is my procedure to install gdal 1.10 (from source) with FileGDB_API support enabled on Ubuntu 12.04 LTS client. 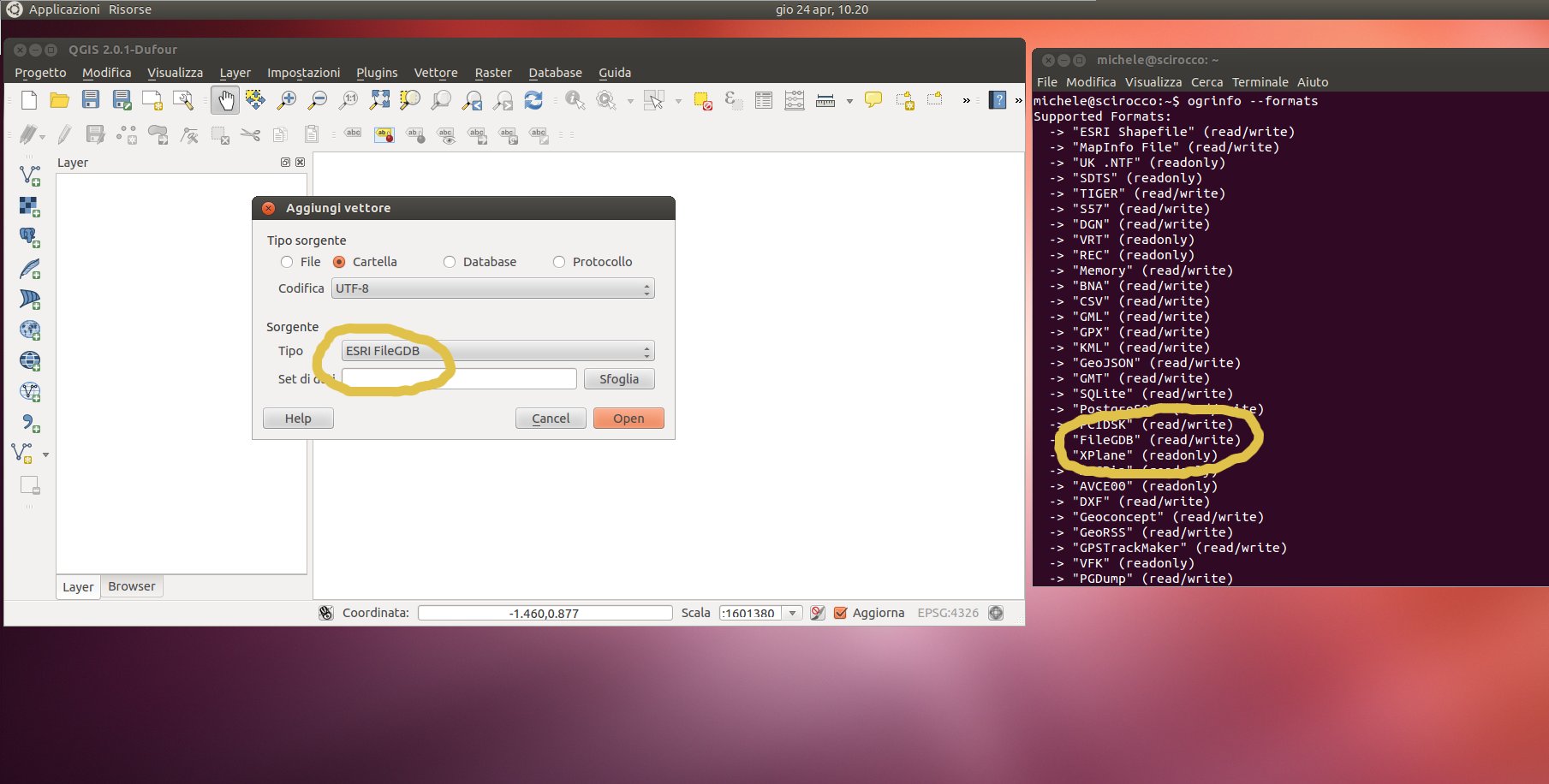 I'm not really sure about the technical part. Is the /home/scruss/gdal-1.10.0/debian/tmp/usr/local/lib/site_ruby/1.9/ directory empty? Or doesn't it exist? Perhaps you need to put an alternative path in your debian/rules

There is a nice tutorial here that could be helpful.

Not the answer you're looking for? Browse other questions tagged qgis gdal ubuntu linux file-geodatabase or ask your own question.

0
What can I do with this unzipped GDB file in QGIS?