Are there tools in ArcGIS for drawing compass bearings, and which projection should be used to create a map showing them?

I have a requirement to create a map (or multiple maps) showing four different locations with a bearing compass drawn around each one, oriented towards Grid North.

I was told that each of the original four points will need to have a circle centred on it, with ticks representing 360 degrees. 0 degrees will be pointing to Grid North. The idea is that if one of these locations was in Toronto, Canada (let's say) the student could take a string with one end on Toronto, have the other end of the string on London, England, and be able to tell you that it's something like "The direction from Toronto to London is 19 degrees from North" (this is an example, I don't know if this is true or not). 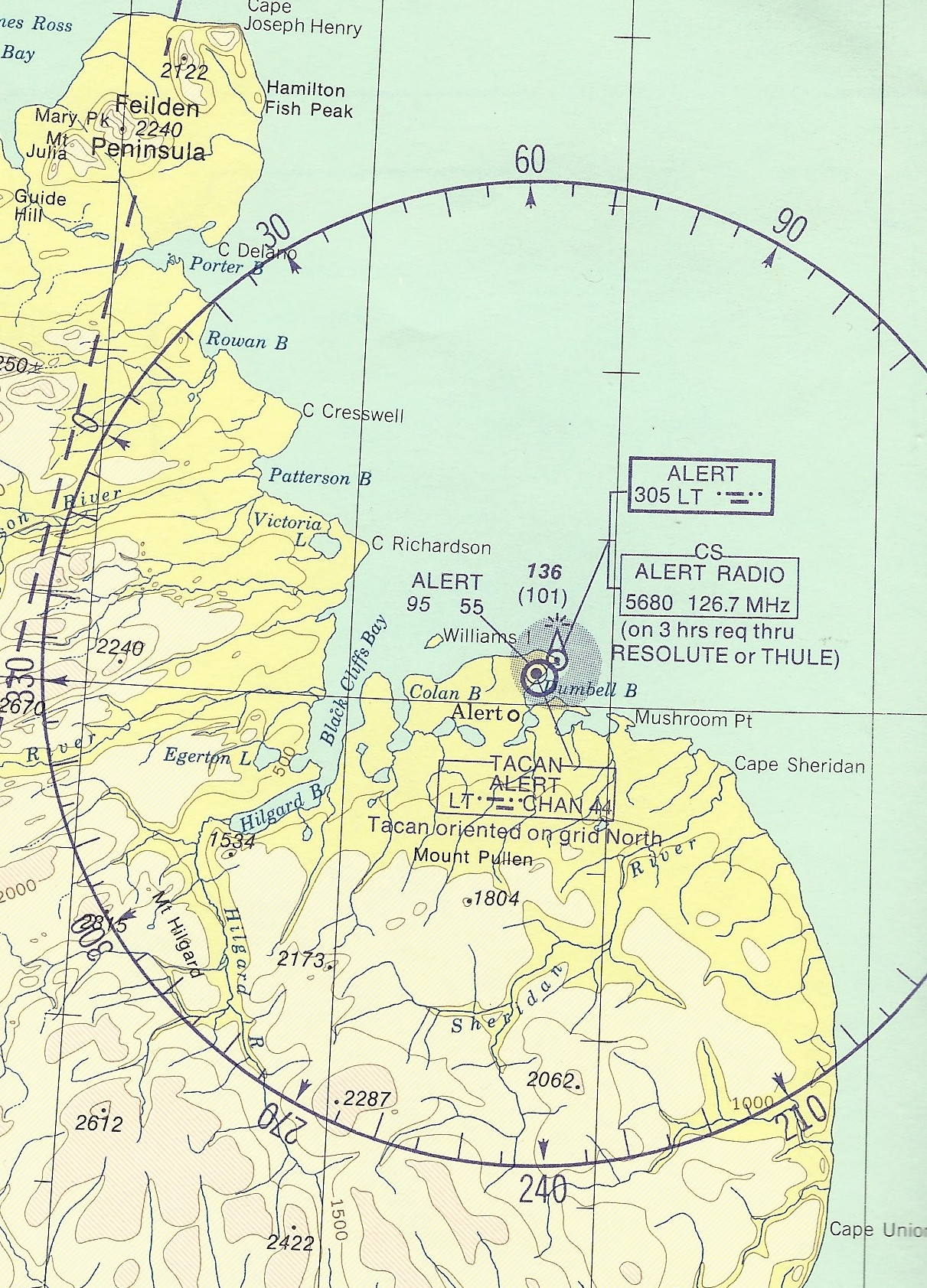 I'm confused about how to do this on paper, but perhaps I'm just over-thinking things.

Is there a tool in ArcGIS that I can use to generate the compass? I've drawn them manually, but if there was a tool to generate it, I would be high appreciative.

Any azimuthal projection will do this, assuming you are after Great Circle paths. equidistant azimuthal is probably the best choice for this as it will give you both a bearing and a distance. Like the bearing, distance will only be true when measured through the projection centre. Vertical perspective will work as it is azimuthal, but you won't get the distance, and won't be able to fit the entire globe.

So, if you did an equidistant azimuthal projection with its projection centre in Toronto, then bearings and distances measured from Toronto would be true.

Not the answer you're looking for? Browse other questions tagged arcgis-desktop arcgis-10.1 coordinate-system bearing or ask your own question.

6
Meridian convergence. True north, magnetic north and grid north
2
Finding points on an odd map projection using interpolation between known points
3
which map projection should be used for global map with geography and human demographics
3
Which map projection should I use for a country land cover map?
4
What are the main drawbacks of the AuthaGraph projection?
2
Discrepancy in conversion from NAD27 to NAD83
1
Why the projection system and units are showing differ in ArcGIS and Autodesk AutoCAD Civil3D?