I'm having difficulty wrapping my mind around meridian convergence, the horizontal angular distance between true north and grid north.

Say I want to determine if a feature lies to the east or west of the central meridian (CM) by using true north and grid north designations on a topo map.

I realize grid north is parallel to the CM, while true north points to the poles, and magnetic north is the direction a compass points and constantly changing.

Also, I realize I can just look at the tick marks and and see that this this grid in particular covers -80°22’ to -80°15, and the CM for zone 17R lies at 81°. But had I not known that and wanted to use the north arrows. Please explain. 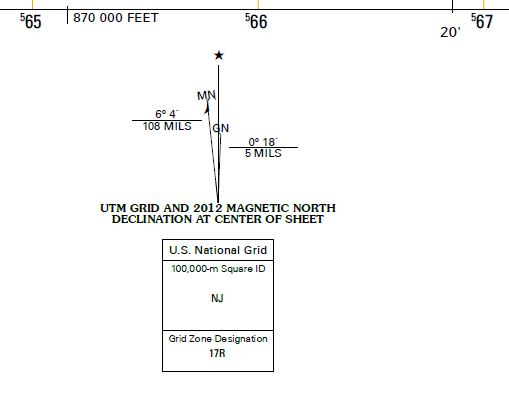 Imagine as if you were somewhere on Earth (easy to imagine I guess), and you have one world map on one hand and a compass on the other.

GRID NORTH: the map you are holding has probably some horizontal and vertical lines. The direction of every vertical line indicates the grid north. So, for every point on the map, the vertical line that passes through that point, points towards grid north. But this is not a true north because it does not point towards the north pole because maps are representations of a rounded Earth on a flat paper - they always contain errors.

TRUE NORTH: Now, because you have super sharp ears, you are able to hear a voice that originates from the north pole. You follow that voice walking on a straight line. The direction you go is the true north because that points you towards the north pole.

MAGNETIC NORTH: the first two types of north had geometrical meaning. This one has a physical meaning. Magnetic north is the direction where the arrow of your compass points. The arrow points towards the magnetic pole which is slightly shifted from the true north because the mass of the Earth is not homogeneous and thus does not match the geometrical pole.

Grid north is like a tangent of the true north at the point of interest. If we assume that the central meridian passes in the middle of the map, then in the half left (west) part of the map (divided by the central meridian), grid north is always on the west. In the very middle, grid north and true north are the same. Then, in the east part, grid north is always on the east of true north. However, this is just the case of a map where meridians are straight lines. If we're talking about other projections such as the sinusoidal: 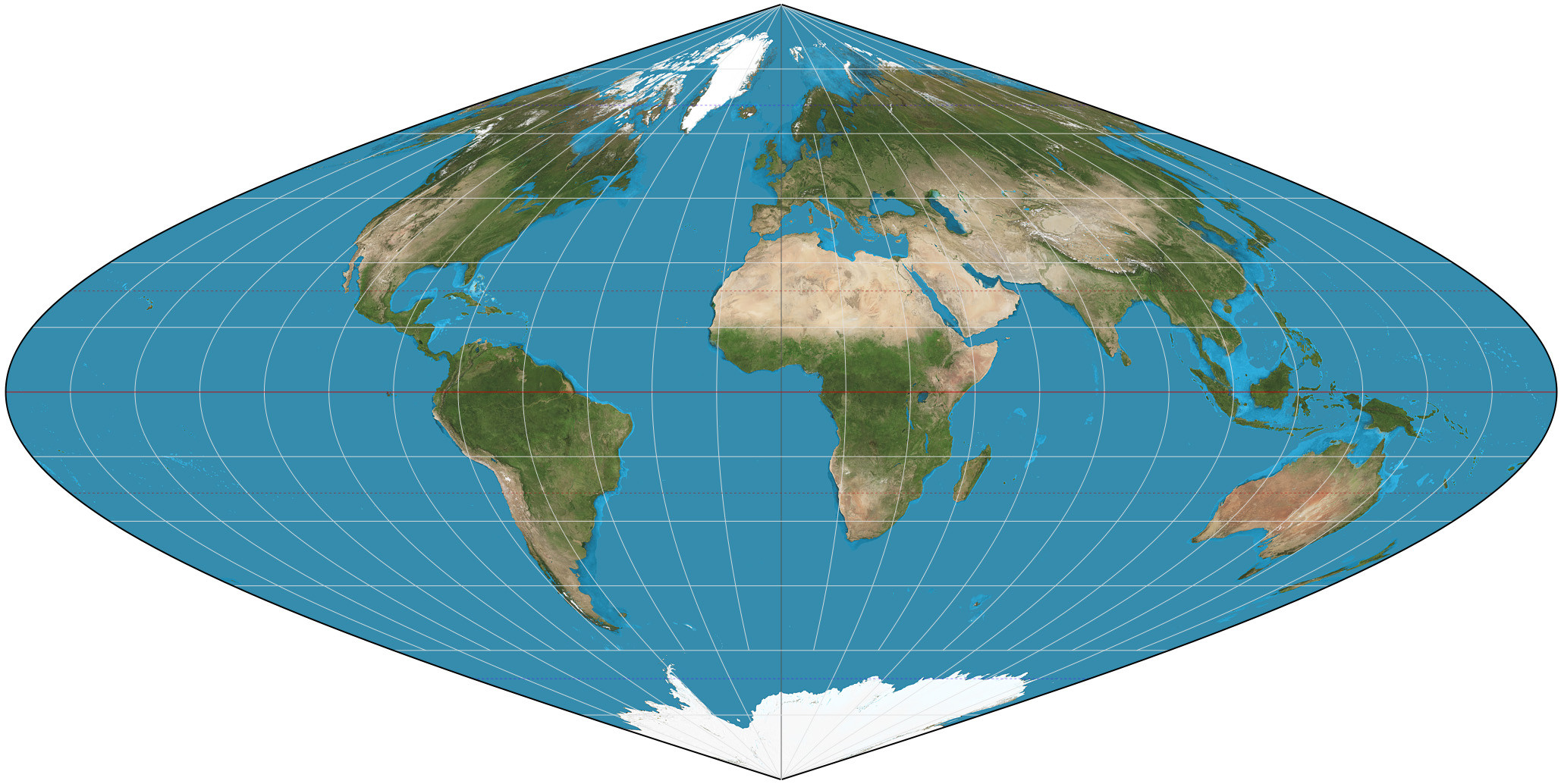 grid north is not just a line that goes straight up.

We know that longitude lines converge at the poles like the segments of an orange. We call the east - west lines the parallels of latitude and the are that on a map but on the globe they are a circle. Think of a pole in a field. Then tie a rope to the pole grap the end and walk. You walk around the pole and as you walk you are in a constant change but at wherever length you hold the rope you walk in parallel circles. The rope is Logitude and your path Latitude. At any point create a grid and make the center of that grid parallel to the rope. Now start to walk. Soon the rope is not parallel to the grid nor is your path. The angle between the rope and the grid is called the convergence angle. The grid not only deviates north - south but east west as well. The 3° distance limits the deveation to about 2°. Read: The Federal Geographic Data Committee (FGDC), Standards, publications, [Standard for a U.S. National Grid, FGDC-STD-011-2001] http://www.fgdc.gov/standards/projects/FGDC-standards-projects/usng/fgdc_std_011_2001_usng.pdf

Not the answer you're looking for? Browse other questions tagged coordinate-system utm north-arrow or ask your own question.

6
Are there tools in ArcGIS for drawing compass bearings, and which projection should be used to create a map showing them?
8
Calculating grid convergence (True North to Grid North)
5
Angular distance between Grid and True North given Lat/Long