Numbering polygons according to their spatial relationships?

I have, for example, this layer in postgresql (polygons): 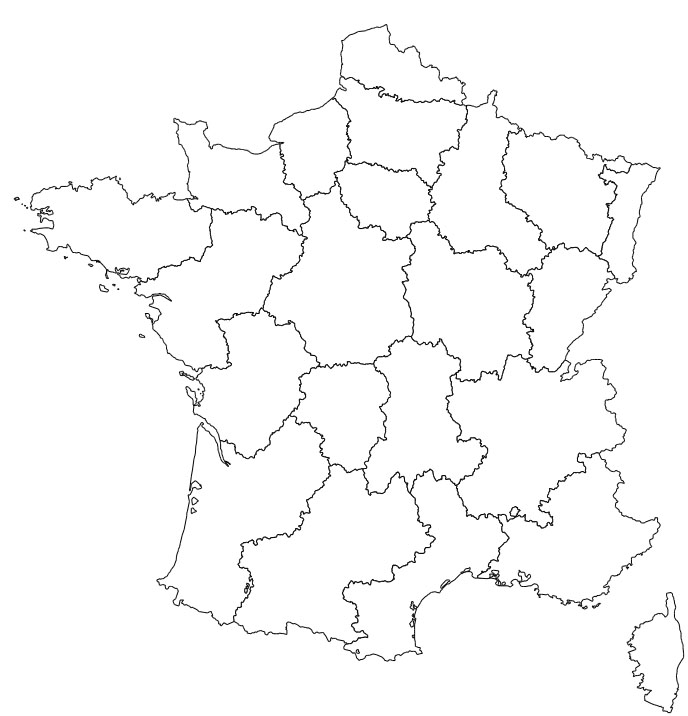 I want to enumerate the polygons from left to right and top to bottom like this: 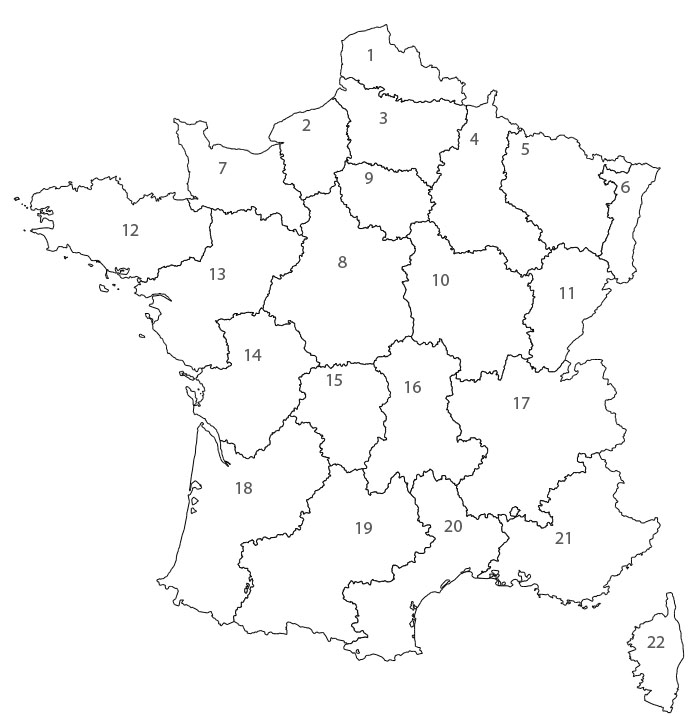 I am working with Vb.net, ArcEngine, PostgreSQL, and ArcSDE.

Solution that I proposed

I think to create grid lines (red layer; see picture) and iterate it, then verify intersection and finally enumerate the polygons. Will this work? 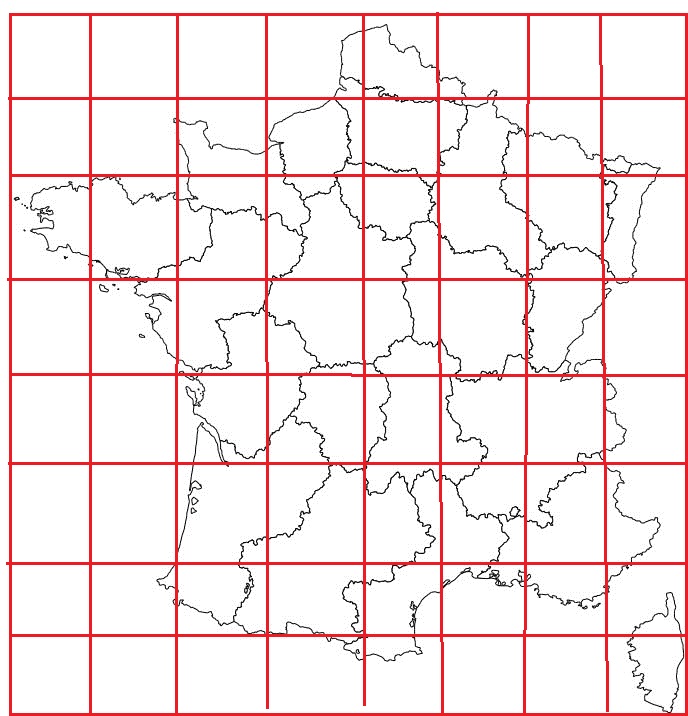 If you create an ancillary table with the attributes (fkey,xcell,ycell), populated from the objectid and a gridding of the maximum Y coordinate (or centroid coordinate or upper-center envelope coordinate), then you could use SQL to update the table, with something like:

(The UPDATE syntax is different from RDBMS to RDBMS, and PostgreSQL doesn't have the ROWNUM reserved word of ORACLE, but the moral equivalent would work in other databases.)

You didn't specify the cell size, but if it's just 1 degree, then a floor() math function would work. The more generic formula would be:

UPDATE: Thinking about it, you don't even need an ancillary table. I had to stand up a new database for this to prototype it, but after loading a similar dataset in PG 9.1.9 with ArcSDE 10.1sp1, this query: 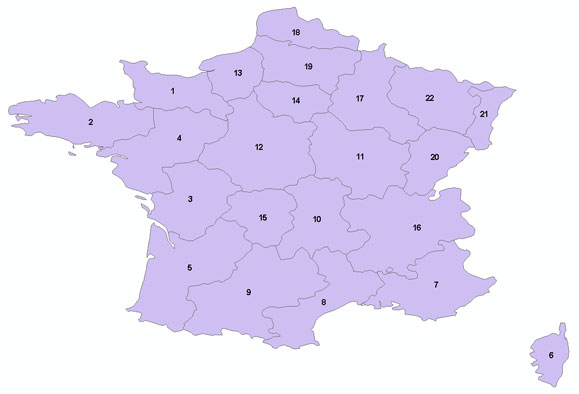 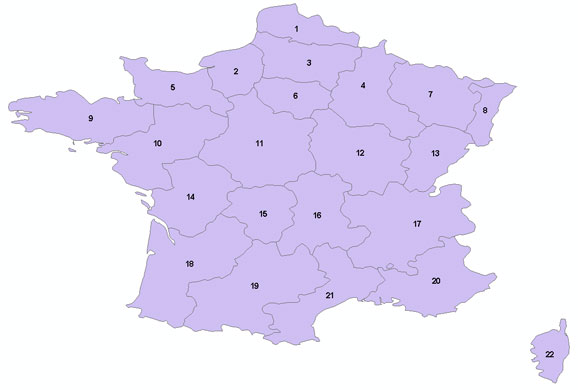 Using GDAL >= 1.10.0 compiled with SQLite and SpatiaLite, it's quite simple.

Suppose we want to order the labels from left to right. Firstly, we have to calculate the distance of each feature from a common reference on the left of all geometries (e.g. -180th meridian) and then order the geometries by distance.

This approach can be used also in PostgreSQL. 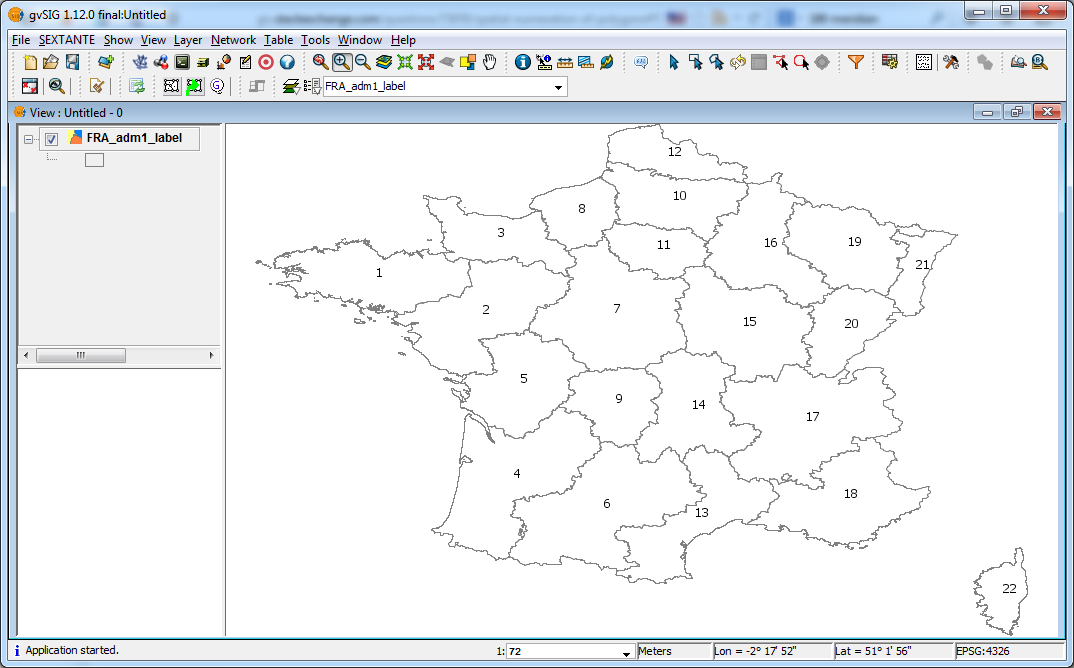 Since it's unlikely that any two polygons have exactly the same northmost extent, you will need some compromise to order by both north-to-south and east-to-west.

Personally, I'd use either bounding boxes (looking at first maxY, then minX) or centroids (looking at first y, then x). I'd decide how much tolerance I'd allow and still consider y values to be approximately equal. Then I would collect sets from northmost to southmost (descending y ranges), arrange each set by ascending x values, and number across the sets. Ideal tolerance would probably need to be determined by trial and error.

This is very like a grid approach but probably simpler.

Note that I can't see latitude lines in your drawing but I assume not curved since your grid is not curved. I think both my approach and your grid approach would put 7 in the same set with 2-6, and 7 would be numbered 2.

Not the answer you're looking for? Browse other questions tagged postgresql enterprise-geodatabase arcgis-engine algorithm vb.net or ask your own question.

6
Creating Unique IDs of points in order from west to east
6
Seeking tool/algorithm for assigning code to Enumeration Areas (polygons) using serpentine numbering method?
3
How to add an ID based on attributes in ArcMap 10.1
2
Numbering adjacent polygons in sequential order
0
Controling or modifying FID order using arcpy.AddXY_management
0
Automatically name rectangles by spatial order or position to each other

9
SQL Server Relationships in ArcSDE?
8
Find headwater polygons
5
PostGIS: Strategy for fastest select by BBox with an ORDER BY polygon area clause. Cluster?
1
Is Create Spatial Type necessary
3
How to intersect two polygon-layers in PostgreSQL/PostGIS?
4
How get intersection of polygons in the same table by PostGIS?
1
PostGIS - How to extract polygons in a rectangle by their centroid?